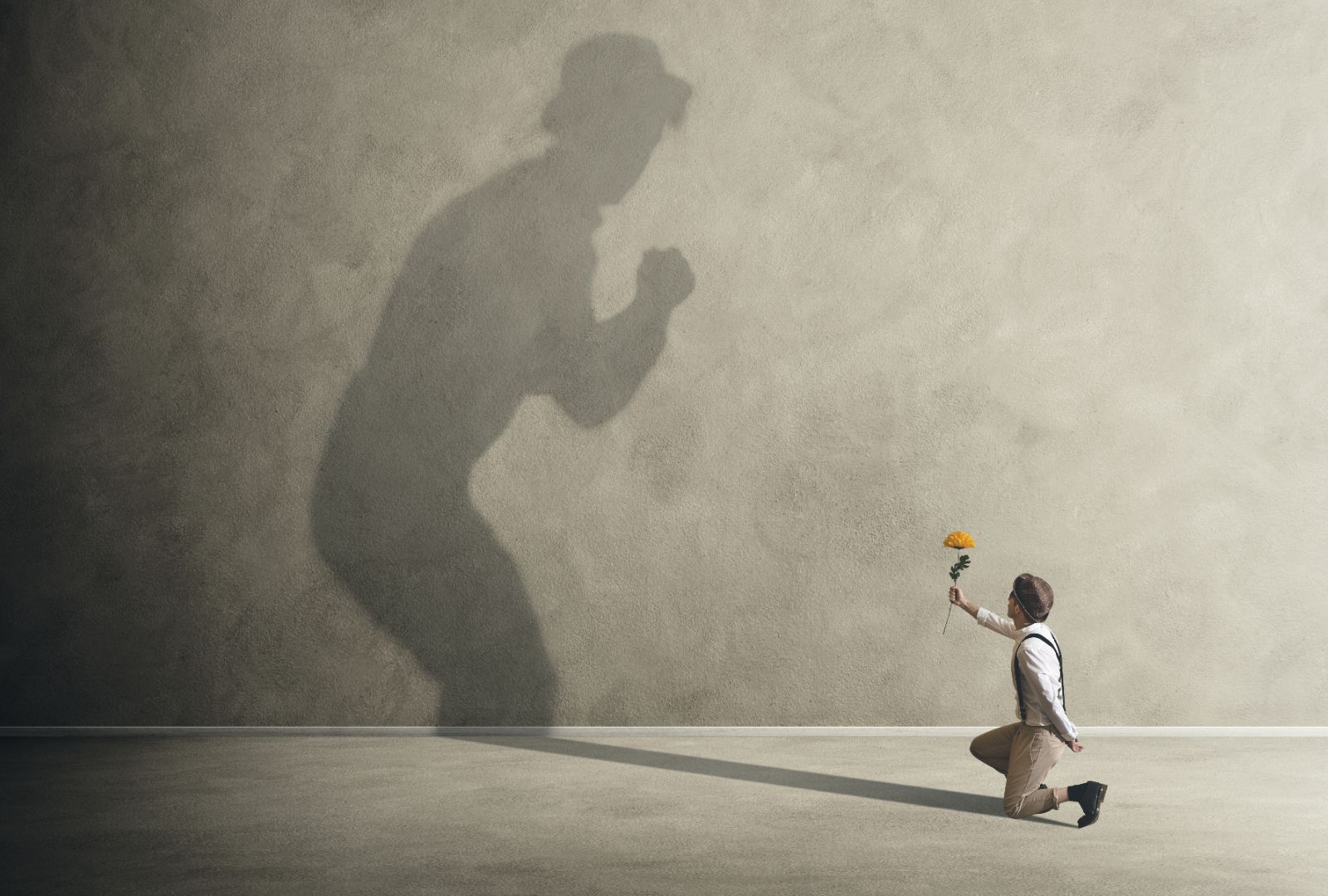 I want to dedicate this public Q&A to a question I got from Zugzwang Zwischenzug1 in the comment section:

What are some examples of this “shadow”?

Now, I think that there’s a lot to say about this because the shadow can manifest itself in many ways. I should also add that not everything that resides in the shadow is negative. A negative manifestation of the shadow could be sexually repressed feelings, for example, in people that have become bitter in regards to relationships and, at the same time, have deep desires for intimacy.

Their bitterness caused them to shut the door to romantic endeavors, and repress any feelings that might lead towards that including the sexual ones. The problem lies not in the celibacy; it lies in the fact that repressed, unwanted feelings and thoughts go unchecked and, thus, they are put in the shadow.

Now, I believe that celibacy is perfectly possible if you’re somehow able to transcend or dissolve these feelings. But if you’re pushing them into the shadow, there will be trouble ahead. A manifestation of the shadow in this regard could be a hidden addiction to pornography together with all the shame and, often, the material that this person looks for online becomes more and more extreme. An extreme case of repressed sexuality is the example I gave in my first video about the Shadow; the priest that carries the persona of purity and servant of the Lord, but can’t keep his hands to himself because he isn’t able to cope with his carnal desires.

There are also ‘positive’ things to find in the shadow. An example of this could be ‘creativity’ in the artistic sense. You know, in some families there’s this contempt for creativity and the parents push their children into directions that are more secure in regards to money. But if this creativity, somehow, is part of you then it wants to come out eventually. However, because it’s associated with taboo then people will push it away and so it becomes part of the shadow.

So, again, what the shadow comprises is unique for everyone. What’s more clear is how the shadow manifests itself also called ‘shadow behaviors’. I’ve found some interesting information on a website named ‘high existence’ that listed seven examples of shadow behavior. I’ll list four of them and share my thoughts.

1) A tendency to harshly judge others

This is judging people because deep down you’re afraid that people will judge you in that harsh way. It’s reassuring that you’re on the side of the judge instead of the judged. That’s why people that were bullied often turn into bullies themselves; they think that as long as they bully other people they evade bullying themselves.

2) Pointing out one’s own insecurities as flaws in another.

I’ve talked about this in my previous video about the shadow and I gave the example from the movie American Beauty in which colonel Fitts expresses his homophobia while he himself is gay. He sees his homosexuality as a flaw so he represses it and points it out in others at the same time. This is called projection.

We can also see this with parents and their children. In some cases, parents see their own shortcomings in their children and are extra judgemental about it. A father who’s a liar may punish his son extra hard because of lying, simply because he is confronted with himself. Internet trolling is another example; it’s like people hate to see other people somehow ‘getting away’ with just presenting themselves the way they present themselves, probably because these trolls are afraid to do that themselves. Basically, what happens with the projection is that people see their own darkness in others.

3) A quick temper with people in subordinate positions of power.

This one makes me think about the Chain of Screaming which is a theory presented by Barney Stinson in the television series How I Met Your Mother. Marshall, one of the main characters, was yelled at by his boss named Arthur. Now, Barney explains that Arthur’s boss’ boss is yelled at by her boss and that she, in turn, yells at Arthur’s boss so Arthur’s boss yells at Arthur and Arthur yells at Marshall. Marshall, then, yells at his wife Lily, so Lily yells at the kids in Kindergarten where she works and on of the kids yells at her father who happens to be Arthur’s boss’ boss. So, except for the kid yelling at her father, and Marshall yelling at his wife, we see that people tend to take their anger out towards people of lower positions of power.

I have first-hand experience with this after working in customer service for many years. A guy named John reminded me of this in the comment section:

People in the customer service have the darkest shadows since they are always forced to put on a happy demeanor regardless of inner turmoil?

Well, yes. I mean: when you do that kind of work the risk of having a dense shadow is high if you cannot take the nasty customers who like to exercise power of someone who can’t fight back because he or she needs to stay polite.

Simply put: any mood other than happy, or at least neutral, is considered bad.

Customer service employees are basically fighting at the front lines where the most blood is spilled while the managers don’t ever get to talk to an angry customer. They basically hide behind the wall of customer service, making all the decisions. But, I digress.

Most of the time when I had to speak to angry customers I just thought afterward: hmm, he’s probably on a short leash or she’s probably yelled at by her boss. When I moved slightly upwards in the hierarchy within the same organization, I saw that my new colleagues often had a quick temper with our subordinates, just because they finally could exercise some power as a way to compensate for their own feelings of powerlessness.

4) Frequently playing the ‘victim’ of every situation.

So, this is simply a way to prevent being exposed as something you don’t want to be; that behind the persona hides something that you don’t want the world to see. Playing the victim is just another strategy to accomplish this. By playing the victim you’re not seen as bad and you don’t have to take responsibility. I know a few people in my personal life who do this; first, they create havoc and then they wear the victim mentality on their sleeves as a badge of honor. People that are fooled by their facade provide them with empathy, comfort, support et cetera, without being aware of the monster that lurks in the dark laughing all the way to the bank.

For more information, I recommend a YouTube channel named The Diamond Net which goes very deep into the shadow.