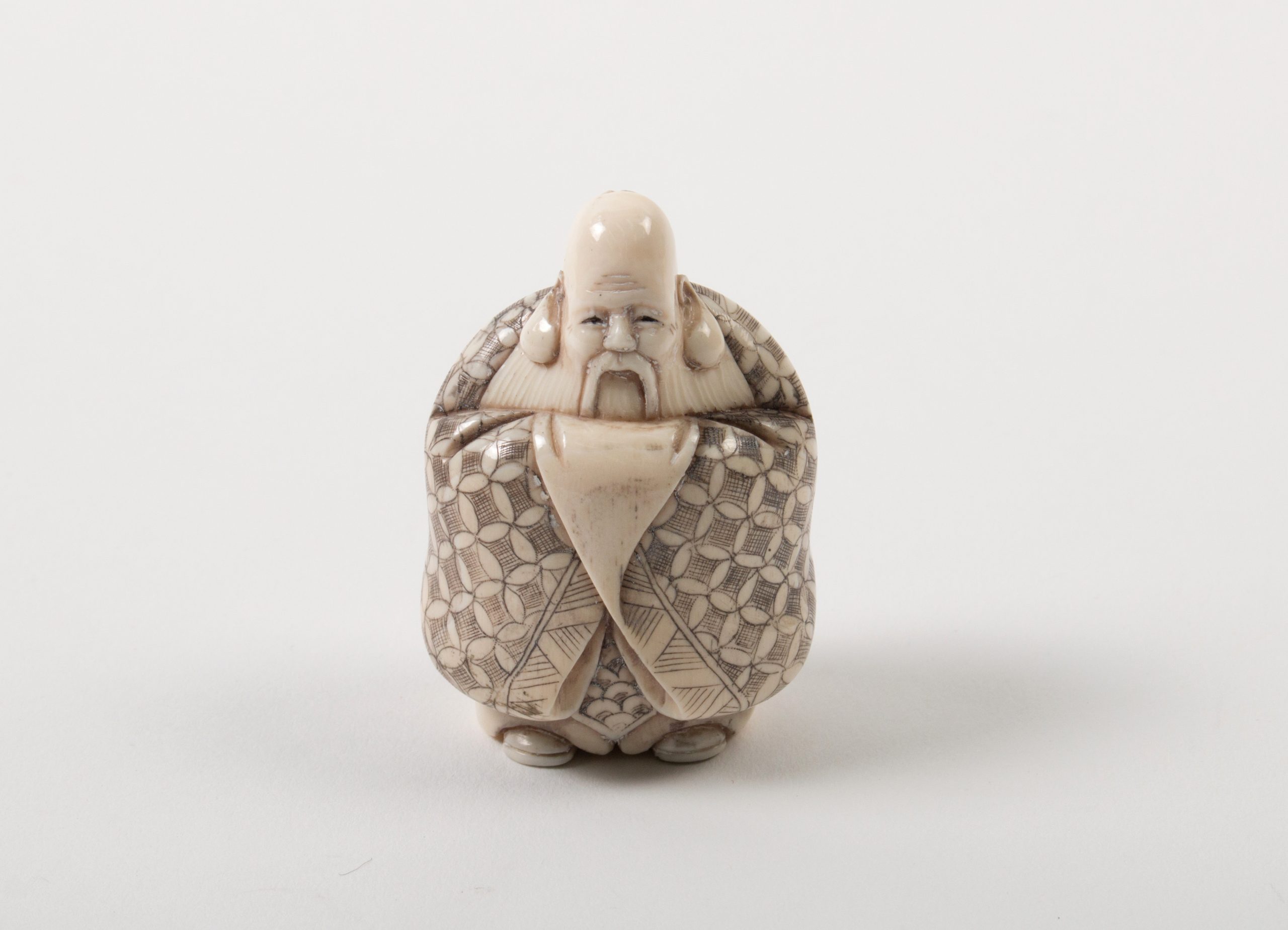 Water is the softest and most yielding substance. Yet nothing is better than water, for overcoming the hard and rigid, because nothing can compete with it.

Many people are hijacked by the rigidity of their minds. Thinking in categories and fixed ideas can be a great crutch for survival, as it creates clarity in a chaotic universe. But thinking too rigidly also has its negative consequences. Seeing the world in categories and separate boxes limits our perception, so we become stuck in our ideas of how things are or are supposed to be.

As the universe is ever-changing, and most things, if not everything, is more complex than our minds can comprehend, a more fruitful approach to life, would be one that is flexible, tangible, that enables us to flow along. You know… a bit like water. The ancient Chinese philosopher Lao Tzu celebrates flexibility in his timeless work named the Tao Te Ching, in which he opposes the rigid life stance that some people choose to take. In contrast to what many think, weakness, or more specifically, the ability and willingness to yield, can actually be a great strength, according to Taoist philosophy.

Hence, Lao Tzu states that the supreme good is like water. This video explores the benefits of being a bit less rigid and a bit more like water. One thing that characterizes Taoist philosophy is a deference towards nature. The ways of nature are all-encompassing. The dance between opposites is the fundamental principle of how the universe works, which manifests as ongoing change. When we observe nature closely and through a Taoist lens, we can see two forces at work: yin and yang, or the feminine and the masculine.

Yang consists of the more active elements of existence, like speed, restlessness, productivity, excitement, aggressiveness, being outgoing, but also hardness, dryness, and stiffness. Yin consists of the more passive elements, like silence, receptiveness, not reacting as opposed to reacting, and also softness, and flexibility. Our culture celebrates the yang aspects of life. It’s all about faster, bigger, more, better, standing your ground, defending your unchanging opinions, confronting and clashing with the enemy, altering rather than adapting.

Yin aspects, on the other hand, are looked down upon. For example: being receptive to opposing opinions, and being willing to change your views is often seen as weak. “If you stand for nothing, you’ll fall for anything,” former American politician Alexander Hamilton famously quoted, which may be true, but if we’re not willing to maintain certain flexibility, never change our viewpoints on anything, never change our approach, and are never willing to bend with the winds of life, we become as rigid like a dead branch.

When we observe the nature of water, we’ll discover that it’s extremely resilient to change, as water is able to take all kinds of different forms. We can pour water in a glass and it becomes the glass when it’s part of the ocean it waves, and like a river, it flows. Depending on the outside temperature water changes its behavior; when it’s cooked it evaporates, and when it’s frozen it becomes solid. Thus, water survives many different circumstances by adaptation. The softness of water adds strength to living beings, because it makes them flexible, and, therefore, more resilient to outside circumstances.

The living are soft and yielding; the dead are rigid and stiff. Living plants are flexible and tender; the dead are brittle and dry.

Things that are brittle and dry will break easily and are either dead or equivalent to being dead. The same goes for minds that are rigid and stern. People that are rigid and stern generally have difficulties dealing with change, as they desire permanence, rather than the uncertainty of impermanence. Unfortunately for these people, change is inevitable. Life is impermanence. If life would be permanent, it would be lifeless. Thus, when we don’t accept the reality of impermanence, we waste a lot of energy fighting the inevitable.

Change in life comes in different forms; we could experience small changes. For example, a new colleague. Or we could experience big changes like moving to another country, divorce, or even death. Now, if we’d compare life to a river, we could see its subtle twists and turns as small changes, a drastic change in course would represent a big change, and when it discharges in the ocean it would be death.

We see that, no matter what happens, the river flows along with the changes of circumstances, adapting to different landscapes, and finding its way past obstructions without effort. Even its inevitable annihilation the river approaches without being troubled, without resistance, as it simply merges into something else. And, thus, we live life in a continuous flow, finding our ways around everything that crosses our path, not resisting even the most drastic of changes, including death. But also, when we’d be contained, like water being kept in a jar, we’d just be still and be the jar, until our circumstances change.

The power of softness

Lao Tzu argues in the Tao Te Ching that the soft overcomes the hard. He takes water as a metaphor for this assertion; water is soft and flexible but also has the power to erode the hardest materials like rock and metal.

Everyone knows that the soft and yielding overcomes the rigid and hard, but few can put this knowledge into practice.

So, to be like water, we need to know how we can overcome the hard by being soft. First of all, Taoism is a philosophy about ‘not forcing’ anything. In practice, we can see that using force is not only exhausting, it often doesn’t get us anywhere. Now, this doesn’t mean that we should never use force in certain situations. But in many cases, the soft approach is superior to using force, when it comes to long-term results, as well as saving our energy, and maintaining a tranquil mind.

This mechanism is best explained through examples. A great example of the power of softness we can find in the movie Shawshank Redemption, in which the protagonist Andy Dufresne is sentenced to life in Shawshank State Penitentiary for murdering his wife and her lover, even though he keeps saying that he didn’t do it. After 19 years of imprisonment, he escapes and flees to Mexico. Andy uses soft and stealthy methods to reach his goals. Probably because of his background as a banker, he’s able to think long-term, and knows that small actions in the present will eventually lead to big changes in the future. He also loved geology, which is, as the film puts it, “a study of pressure and time.”

By being friendly and helpful and using his intelligence, he’s able to become a trustee of the corrupt and heartless prison warden Samuel Norton and enjoys several privileges. By sending a letter to the state’s senate every week for six years, he’s able to get funding for a prison library. Eventually, Andy escapes through a tunnel that he dug using a small hammer which he hid in a bible. It takes him 19 years to dig that tunnel; a project that he hides behind a poster of a pin-up girl. With his soft and patient approach, he did not only conquer a thick, concrete wall, but also the prison’s authority.

His escape, however, is explosive. He rushes into the tunnel, gets on the other side, breaks a sewer pipe, crawls through 500 yards of excrement, cashes in, exposes the warden to the media, and flees to Mexico. Thus, he doesn’t abstain from using force completely; he just saves it for the right opportunity, which took him 19 years of softness to create.

To be like water means that we’re able to adapt to different circumstances. Every situation has something positive to it. In still water, the dust can settle so it becomes clear. Streaming water passes different places and sceneries and nurtures the things that it encounters. In the yang-society we live in, we only seem to value one part of human existence, which is the active part that revolves around achievement, speed, and success.

We get educated, take on a lot of responsibility in regards to work and family, try to get rich and do it as quickly as possible, and judge each other as ‘human doings’, rather than human beings. Being useless, or stupid, or ugly, or poor, is generally considered undesirable.

But if we master the flexibility of finding the positive in the negative, we’ll realize that these undesired characteristics have positive aspects to them. It’s just a matter of perception. For example, being poor means less money and possessions to worry about, and being ugly means that we’re less likely to end up in a string of abusive relationships and that people like us for our personality instead of looks.

In the Taoist work Zhuangzi, there’s a story about a crooked tree, which was so deformed compared to the straight trees, that lumberjacks labeled it useless, as it was unable to turn into usable wooden planks. Then, Zhuangzi came along and stated that the tree is actually very suitable as a place to relax.

Because the tree was seen as useless by the lumberjacks, it never got chopped down, so it became old and big, and people eventually turned it into a holy site. So, the longevity of the tree was due to its uselessness. Being useless may not lead to a good reputation, and will probably evoke shaming and blaming by our environment. But it also leads to fewer burdens, less pressure, and probably a much more relaxed life. Every cloud has a silver lining. Moreover, water always seeks the lower places and makes the best out of circumstances that no one wants to be in.

Life is characterized by softness, and softness is strength. Soft things don’t break easily, because they can bend and yield, unlike the brittle and rigid. Even the hardest of rock can be overcome by the gentleness of water and even the blowing of the wind. Hence, a famous actor, philosopher, and martial artist once said: “Don’t get set into one form, adapt it and build your own, and let it grow, be like water.”