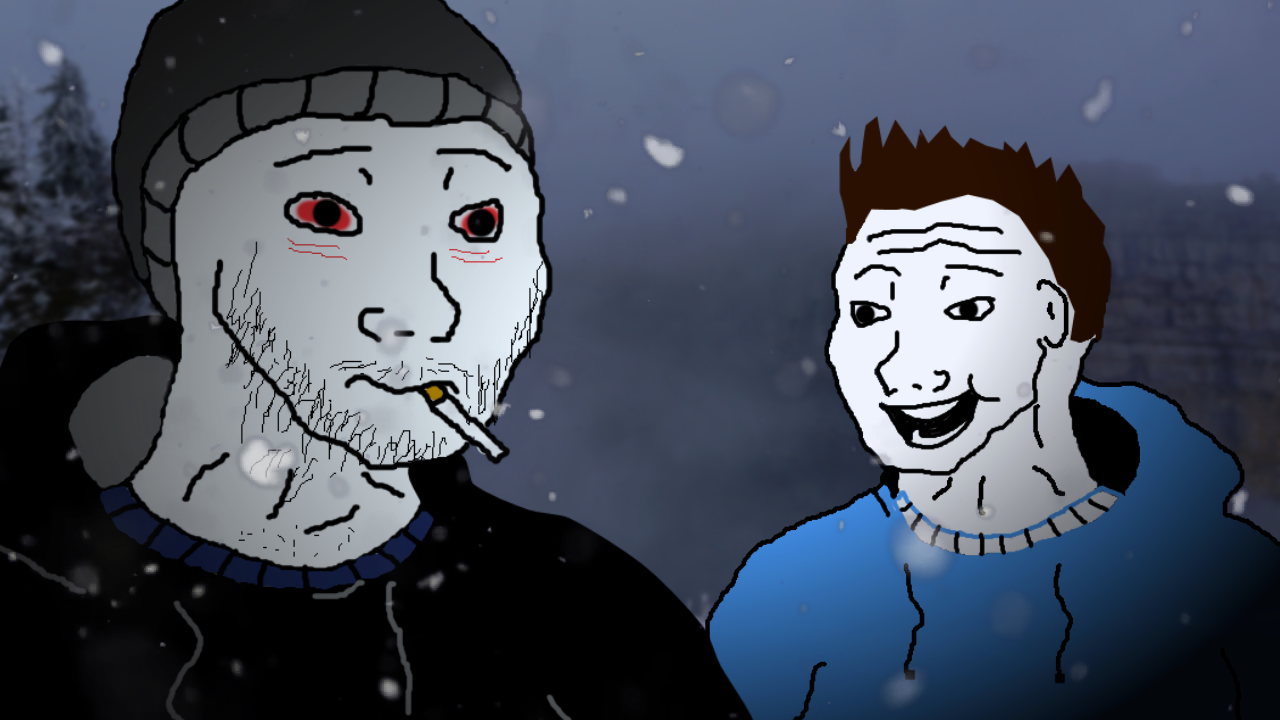 How can we turn from doomers into bloomers? As a 30-something-year old guy who has had his fair share of doomer phases in life, I’d like to tell you how I discovered the causes of these dark periods within myself and changed for the better.

I believe that most guys that call themselves doomers are a bit younger than myself. But the doomer’s suffering isn’t anything new; it just comes in a different form. 19th-century Danish philosopher Søren Kierkegaard experiences a condition called melancholia and even the Buddha dealt with existential suffering before he became enlightened.

I remember a time in my twenties in which I was miserable and jaded towards the world, which was partly because of traumatic experiences in my youth, and partly existential. This state repeated itself twice in my early thirties and I found my relief in a substance called alcohol. Not only was I a binge drinker; I also drank to ease my anxiety. Sometimes I even drank in the morning before I stepped out of the door into a hostile world.

When I think back about those times, I see myself lying in my bed with a hangover from the previous night, browsing the internet on my laptop.

So. Every day I absorbed all this information on how humanity is doomed, how we are nothing more than servants of the Illuminati, how the world is going to end in 2012 and how George W. Bush was actually a member of the reptilian race that’s here on earth to enslave us.

On some days I was too anxious to leave the house. On other days I did leave the house to go to my internship, and I took a sip of vodka to start the day. When I took public transport, I listened to the most depressing music I could find at the time, just to dwell in bleakness while seeing shades of grey pass me by.

The years that followed were characterized by mental instability and substance abuse. I experienced phases of great pleasure joy, social connections, and phases of anhedonia, which is a mindstate in which one doesn’t feel any joy or pleasure anymore. During that time, I had my highest highs and lowest lows.

It was only a few years ago that I discovered why I was so prone to these periods of darkness. A personality test – the same test as famous Dr. Jordan Peterson always talks about – showed me that I was high in neuroticism as well as openness. And with high, I mean extremely high: both traits were almost maxed out.

Now, when I think of it, I’m not surprised. As I was back then, doomers are very prone to a phenomenon called Weltschmerz. Weltschmerz is a pain and sadness one can experience because of the world’s imperfections. No matter if it’s war, poverty, injustice, genetic inequality: a doomer is attracted to the same thing that hurts the most: the dark side of life and the pain that comes with it. He is a masochist. And so was I.

Taking interest in the world’s suffering as well as swallowing the proverbial red pill requires a degree of openness. As opposed to many blue pilled people that reside in blissful ignorance, we are receptive to a plethora of ideas and theories. They are fuel for our wild imagination, and, not uncommon, an inspiration for our creative pursuits.

A danger of being high in openness is that it often goes together with emotional instability. This is where the trait neuroticism comes in. Scoring high on the trait neuroticism means being emotionally very reactive. This can cause the following sub traits: anxiety, anger, depression, self-consciousness, immoderation, and vulnerability.

Having been through these doomer phases myself, seeing the doomer feels like I can look into his soul, and see that openness and neuroticism are in constant war with each other while feeding each other at the same time. A doomer cannot stop looking into the abyss. This enforces his neuroticism, and his neuroticism drives him to continue his expedition in the dark places of humanity even more.

Dr. Jordan Peterson taught me what I already knew deep inside: to become more emotionally stable I had to increase my conscientiousness. Over the years, I began to prioritize a clean living environment, using an agenda, planning, getting my finances in order, going to the gym on regular basis, going to bed early, getting up early, eating healthy, and cutting back the use substances dramatically. Being single gave me the opportunity to spend lots of time in solitude, reflecting on the past, figuring out what’s best for me.

Slowly, I started going from chaos to order. This made life a bit more predictable. I became more resilient to unexpected changes. Also, it became easier to dwell in the present moment, because a well-ordered living environment helps to calm the mind.

Conscientiousness is something within our control. Stoic philosopher Epictetus basically said that we control our own actions, so increasing our conscientiousness to improve our life situation is quite a Stoic thing to do. It practice, this comes down to discipline. I was an avid reader of philosophy at the time already, and discipline makes the difference between understanding philosophy and truly applying it.

As a creative person, my life changes led to channeling my creativity into productivity. This took some trial and error because too much structure can limit and even destroy creativity. So, I had to find a balance that worked for me.

For me, increasing my conscientiousness was the key to a more meaningful existence in a meaningless universe. My mood went up, and I slowly climbed out of the darkness, like a flower growing out of a dumping ground.

A 30-something-year old bloomer arose, who is less needy, less neurotic, more determined, and with respect for the little things in life.

Struggling for years with my personality – and being introverted as well – it was often extremely difficult to cope with the outside world. By all means: transitioning into a more positive, productive and, overall, more happy person wasn’t a linear process. And yes, I still have my dark moments from time to time, which are often in correlation with a lack of conscientiousness the days before.

Turning my back to substance abuse and living disciplined has really saved my life. And it’s getting better and better every year. If you consider yourself a doomer and you can relate to my story, you might want to give increasing your conscientiousness a try.