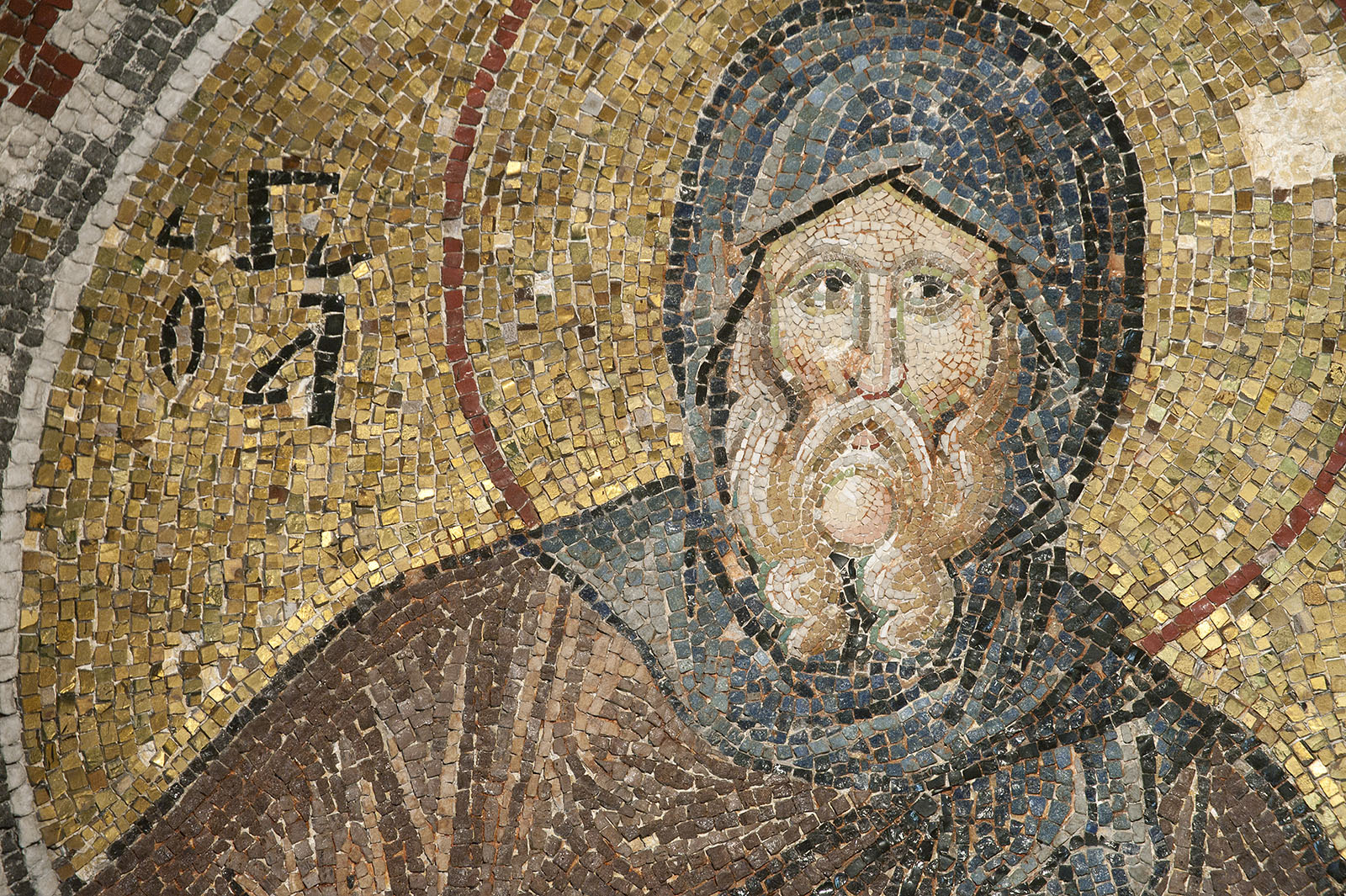 The Zhongnan mountains – located in the Shaanxi Province in China – have been a dwelling place for Taoist hermits for at least more than two thousand years. For centuries, they’ve been seeking refuge from society, and for different reasons. Some pursued a spiritual path, others wanted to reflect on the world from a distance and, again, others were mainly motivated by a disgust for the government.

Hermits, regardless of why they’ve chosen their lifestyles, may have closed themselves off from one world; they’ve gained another: a world that’s potentially much deeper and fulfilling. It’s no surprise that hermits have appeared in many cultures in human history. Another example are the Christian desert mothers like Syncletica of Alexandria who abandoned the city and spent the rest of her life in a crypt. Or Hindu philosopher Ramana Maharshi who meditated for many years at a temple, and Rabbi Yosef Yozel Horowitz who spent years of his life in seclusion.

But even though a stronger connection with God and the prospect of enlightenment are the grounds on which these hermits secluded themselves; there’s also a more mundane reason why spending time alone can be beneficial: it’s an opportunity for self-transformation.

Being alone can be a transformative experience if we utilize it correctly; which is backed up by numerous accounts in the field of psychology (see links in the description) as well as philosophy and spiritual teachings like Buddhism.

Now, this article doesn’t recommend becoming a hermit nor socially isolated in ways that are unhealthy and destructive, or gives any ‘advice’ for that matter. Solitude is a tool, which can be used for good and bad, in moderation and excess, and this video explores the benefits that solitude can have. The information presented to you is mainly based on the author’s reasoning and observations, supported by different sources.

A chance for self-knowledge

When most people think of self-knowledge, they probably think about certain characteristics or ego constructs that they refer to as themselves. These could be things like: I’m a confident person, I’m a funny person, I’m not someone people can mess with.

The Buddhists have a different approach. Even though they don’t even acknowledge the existence of a fixed self, they do meditate to learn about the nature of existence, including the tangle of thoughts and emotions that we refer to as the self.

As explained in another video about meditation, the goal of meditation is not just relaxing the body and the mind, but also gaining self-knowledge, and transforming the mind. Meditators pay attention to their bodily processes, thoughts, and emotions, as well as what is happening around them and how they react to this. The benefit of solitude, in this case, is that it facilitates them to observe and know things about themselves that they usually do not see in the noisy outside world interacting with other people. What causes them to feel a certain way? What is the root of their worries?

Again, it is often hard to see where certain thoughts and emotions originate from if we are always distracted by other people. In solitude, however, by sitting with ourselves, we will be able to discover what causes the unpleasant mind states that we usually run from by embracing worldly distractions.

So, following the view of the Buddha, if we want to control our experience, we have to control the mind. This is not an easy path: gaining true self-knowledge means that we inevitably face our demons head-on. We see this is true with the mechanism of addiction, which is an amplified form of seeking pleasure to escape what is happening in the present. The present moment is the place where everything happens, according to the Buddhist teachings, Stoics philosophy, and many other views of the reality of human existence. Reality, in this case, doesn’t just refer to what’s happening around us, but especially to what’s happening inside us which is often overlooked; our thoughts, our feelings, our emotions.

For example, we think about a certain event that happened in the past. This event causes us pain. We may feel angry, or anxious, or sad. But these thoughts and sensations concerning this event all take place in the present An addict, in this situation, will immediately take his drug of choice; not so much because he likes it, but rather to escape the pain that occurs to him in the present.

But what exactly are the thoughts that trigger the addict? What emotions occur? What negative self-talk does the addict engage in? This is true self-knowledge according to Buddhism, which ideally can be acquired in solitude, so we can put ourselves under a magnifying glass with minimal distraction.

A chance to let go of fixed views and groupthink

When we associate with people it is easy to get caught up in certain ideologies. Like mental states, ideas are contagious; much more so when we expose ourselves to people that share the same worldview. History has countless examples of people that are so convinced of their collective belief system, that it seems almost impossible for them to open up to different points of view.

The media, including online platforms, play a huge role in this, as they provide us with a stream of information. By exposing ourselves to certain media consistently, we let them inject our minds with the opinions, views, and ideologies created by other people. Then, like parrots, we proudly repeat these second-hand opinions to our environment, as if they are our own.

We can also see a tendency with people to be drawn to certain information sources that agree with the data that’s already stored on their internal hard drives. By continual exposure to opinions similar to the ones that we already have, while ignoring those that aren’t in line with our own views, our existing views will only be strengthened. This is how so-called echo chambers are created, which are ultimate manifestations of groupthink, in which exclusively like-minded people participate that mutually strengthen their shared ideology regardless of how flawed it may be.

Solitude, on the other hand, allows us to detach ourselves from such echo chambers, as well as the media outlets we’ve been exposing ourselves to. When we spend some time alone to reflect on the ideas we’ve been taking for granted we can find out if these ideas truly align with our personal experiences and with factual information. We can reflect on the usefulness and destructiveness of ideas that constitute hatred; what damage this will do to ourselves and the world around us (even when this hatred seems justified) and if there are alternative ways to deal with our environment.

A good example of this we can see in the movie American History X when neo-Nazi Derek Vinyard is separated from the indoctrination by the white supremacist movements he was involved in, due to a prison sentence for voluntary manslaughter. In prison, he is involved with a similar group for a while called the Aryan Brotherhood. But after a dramatic breakup from those he thought were his brothers, he spends a great deal of his prison sentence alone with enough time to reflect and he also becomes friends with an Afro American inmate. This all changes him. It makes him see how wrong his ideas actually are.

When spending time alone, we can open ourselves up to alternative views, new ideas, and can transform the way we see the world and our role in it.

An opportunity to become more self-sufficient

We all depend on the people around us to some degree, even if it’s just for the simple fact that one person cannot exist without two other people procreating. But some people seem to feel forsaken and helpless when there’s no one by their side, even if it’s just for a short period. They need to be in the company of others all the time and can’t stand the idea of being alone with their thoughts; without anyone to talk to.

Such people are overly dependent on others, beyond the degree of what’s reasonable and truly necessary. In order to survive, especially in the modern world, we don’t need to be in the presence of other people all the time in most cases. In many individualistic and highly developed countries, it’s not even required to leave the house and speak to people anymore to get our basic needs met. Psychologist and author Daniel Marston states in an article:

It is useful to consider how much social interaction and social connection is actually required to survive and even enjoy life. There actually is very little required. You have to be able to interact with others to get things done but really there is not much else that you need. Many people may prefer more and that is fine. But many people may also prefer less and that is fine as well.

When we think of it, how much social interaction do we actually need? Of course, this is different for every person, but how often are we hanging out with people, not because we like them but simply because we don’t want to be alone? And is this feeling of deficiency we might experience in solitude caused by the solitude itself, or by the belief that we need company? Do we believe that we’re, somehow, insufficient when there’s no one around? If that’s the case, we rely on the presence of other people to feel sufficient, which is an unreliable way to operate. When we long for company, it means that we’re dissatisfied with what is, as we’ve added a problematic element to the fact that we’re, for example, alone on a Saturday night. So, it’s not always the solitude that’s the problem, but how we think about it.

By embracing solitude, however, we can learn to appreciate it, so it’s not a problem but something neutral or even pleasurable. We can use the time we spend alone as a practice to transform into more self-sufficient people, meaning that we learn to rely less on others and are able to fulfill many of our needs on our own. Also, instead of experiencing ourselves as empty vessels that need to be filled by others, we find ways to fill them ourselves so we don’t need others for experiencing a sense of completeness and contentment. The idea that everything we need to feel contentment is already within is supported by the many people who’ve experienced this first hand. Poet Fernando Pessoa once wrote:

Freedom is the possibility of isolation. You are free if you can withdraw from people, not having to seek them out for the sake of money, company, love, glory or curiosity, none of which can thrive in silence and solitude. If you can’t live alone, you were born a slave. You may have all the splendours of the mind and the soul, in which case you’re a noble slave, or an intelligent servant, but you’re not free.

Fernando Pessoa, The Book of Disquiet

Even though human beings are interdependent in many ways, and social isolation can be harmful, the value of spending time alone is something to ponder upon. If we want to know ourselves better, become more authentic and independent thinkers, and generally more skillful in the art of solitude, spending time alone can be an investment with high returns.

Thank you for watching