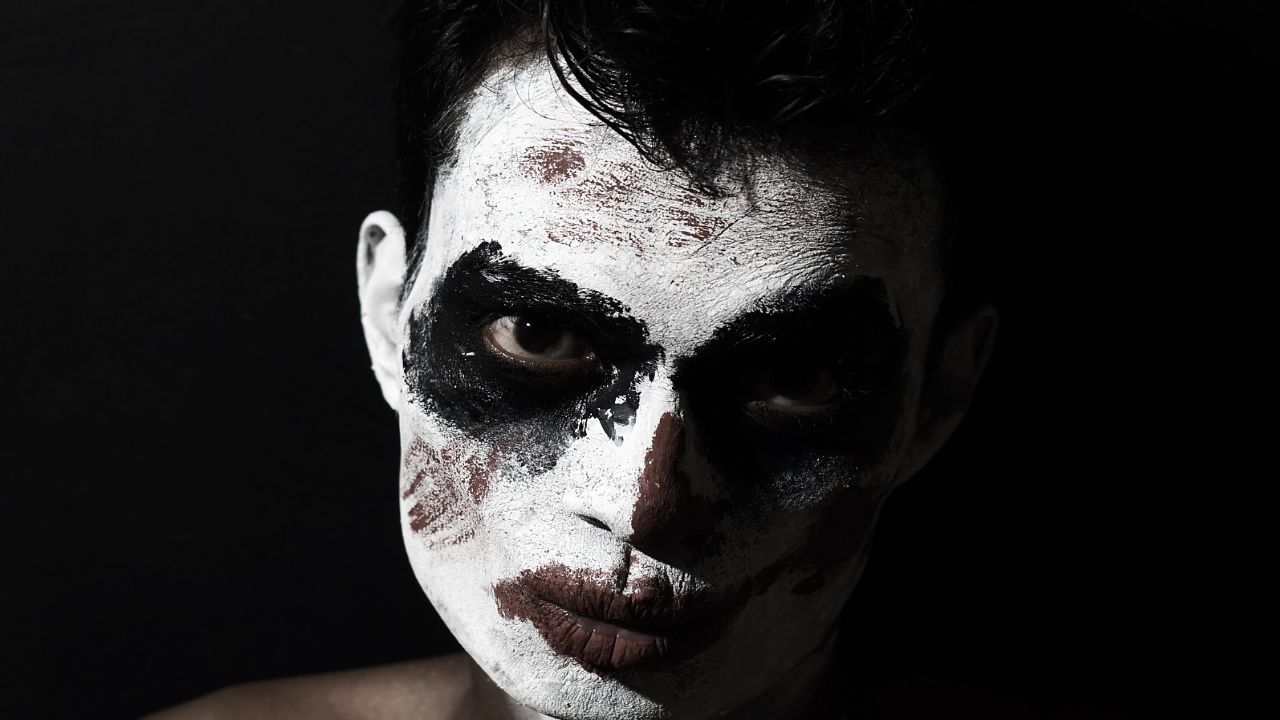 The Sigma Male is the hierarchical chameleon that shapeshifts himself through life and by his very nature does not belong anywhere. Because a sigma male rather sees human existence as a game, he sometimes chuckles a bit when he sees people taking life too seriously. There is another creature that does the same. We call this creature the joker. Let’s explore the similarities between the joker and the sigma male.

When we look at human interactions we see a vast network of customs. These customs are learned behavior. We are not born to say ´yes ma´am´ or to eat with a fork and knife. Women aren’t born to wear dresses and men aren’t born to wear suits. So are the many traditions like Christmas and Halloween invented rituals. These activities are pointless, except for the social cohesion they facilitate.

So, what are we human beings engaged in? Could it be that we are engaged in one big game? And that this game consists of many subgames?

After we have come into this world we are raised with a set of rules. These rules can come in morals, ethics, codes of conduct, manners, rituals, traditions. We have to abide by the rules in order to become successful participants in society.

For example, we are taught that we should finish high school, then college, then find a job, get married and get children.

Part of this game is a plethora of different roles. You can be a manager, a father, a teacher, a consultant, a fireman, a cook. Like children that are completely absorbed in their space adventure while playing with their toys, the grownups are immersed in their societal roles like their lives depend on them. Just browse through the network website Linkedin and you will see what I’m talking about.

When you ask these people who they are, they are always quick to mention their societal role, instead of, for example, a bag of meat and bones, a child of mother earth or a highly intelligent mammal. Roles set us apart in the big play. By carrying out a role, other players can see where you stand in comparison with themselves.

But there is a person who sees through these human behaviors. As a matter of fact: he sees the whole play that unfolds in front of his eyes as quite entertaining. He is not part of it. He is a spectator. He is the joker.

When the joker sees a person who is taking life way too seriously he starts laughing. The fact that that person has lost himself in the game amuses him. And if the joker happens to be a bit on the sadistic side, he finds that woman who is completely upset because she lost her (in her perception) very important team lead position in her company quite humorous. Not because of the sole fact that she suffers, but because she is so attached to the game that she cannot put her situation in perspective.

Especially when he sees how other people moan with her – even those who secretly put joy from her career downgrade for whatever reason – because he sees that for many the act of pity is just another card in the deck; it’s a learned behavior that clouds true compassion. The joker laughs about human behavior as we would laugh about a dog chasing his tail or a cat chasing a laser light in all its seriousness.

Some jokers are complete weirdos, whose behavior is so off that they are regarded outcast. They do not conform, neither inwardly or outwardly to societal norms. They might be today´s comedians that poke fun at the stuff that people take most seriously, like religion. Or they might have been the court jesters of the dark ages. In secret, the jester may even laugh at the tight facial expressions of the king and his guests while they are doing their thing, unaware that it is all just a game.

Other jokers blend in perfectly. Because of this everyone thinks that they care as much as they do. They seem like regular players of the game, but they carry a dirty secret: they are not. These jokers do not seek to stand out, do not seek pride in eccentricity and are masters in using conformity as a disguise. These jokers are sigma males.