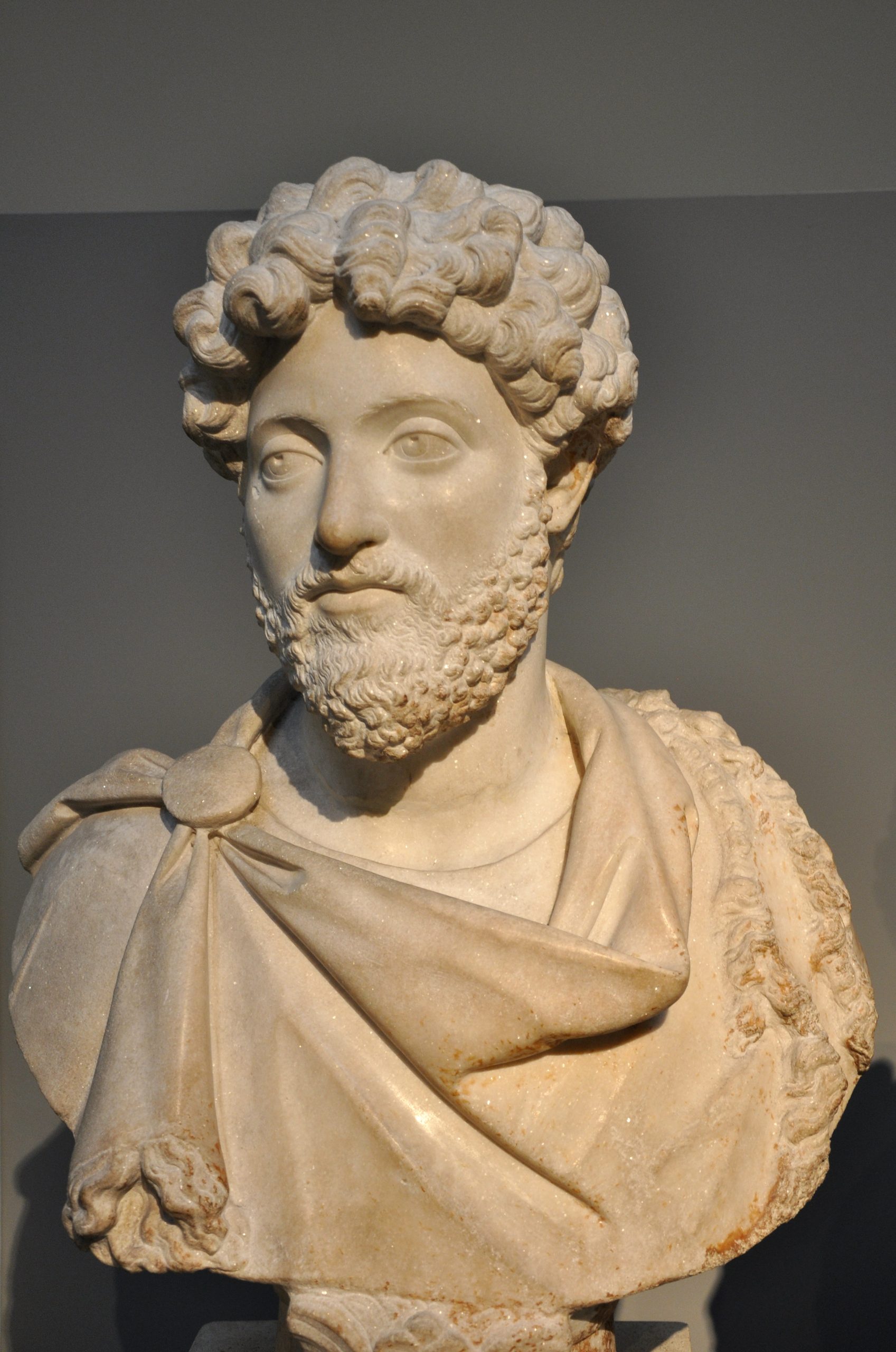 Emperor Marcus Aurelius was the most powerful man on earth. He commanded an army that was feared in all corners of the known world. And if he wanted he could have sex with any woman he desires and be drunk and partying for the rest of his life.

He wrote about his determination and struggle with himself in his memoirs that were never meant to be published, called Meditations. This work became a key work of a more than 2000 years old philosophical school called Stoicism.

The Stoics observed that from the human perspective two categories can be distinguished: things that we do not control and things we do control. The Stoic philosopher Epictetus starts his work the Enchiridion with the fundamental tenet of Stoicism, which is that most things are simply not up to us.

Think about exterior things like our friends, our colleagues, our intimate partners, the economy, the number of likes on Facebook, things that politicians say or the deterioration of our bodies. Yes, we can influence these matters. But even if we do everything right: the economy can still collapse, our money can be taken from us and our intimate partners can cheat or die.

At the end of the day, there is nothing we can do to exclude misfortune. This sounds depressing and pessimistic, but don’t worry: there are still aspects of our life that are up to us.

According to Epictetus, these aspects are our opinions, our own actions or, in other words, the position we take towards the world around us. According to him, we should focus on the things within our control and have a contempt for the things not in our control.

Someone who is severely ill doesn’t have control over his or her disease. We can mitigate the symptoms or use healing techniques hoping that the patient recovers, but the results are not up to us.

Nevertheless, this person can decide which position he or she takes in regards to the situation. When the sickness is fully accepted, and the possibility of death as well, a human being can reach a state of inner peace (by the way, this is not medical advice. It’s philosophy).

Also, a calm mind can act in a logical and rational way and probably makes better life choices which might increase the chance of recovery.

Stoic ethics consist of different values. I haven’t discovered a solid formula that contains these values like some kind of ten commandments, but I did discover that Stoicism points to life in accordance with nature.

Nature refers to the greater whole and our role in it as human beings. From our innate potential, we have to act for the benefit of the whole. We shouldn’t act against the natural course of things but embrace it.

In opposition to what some believe, Stoics are not beings without emotion. They see emotion as a human characteristic that can be trumped by reason. Because it’s not the emotion itself that decides our mood but the position we take towards that emotion.

This way of thinking is quite therapeutic because it doesn’t only make you more aware of your emotion, but you can see view them as sensations that come and go like the waves of the ocean. This way you won’t get overwhelmed by them.

Modern Stoics focus themselves on a number of exercises to reach inner peace, like the Praemeditatio Malorum, or, the negative visualization.

Marcus Aurelius was confronted daily with all sorts of people who weren’t very nice to deal with. By starting the day with a negative visualization he mentally prepared himself for these confrontations.

“Today I shall be meeting with interference, ingratitude, insolence, disloyalty, ill-will, and selfishness – all of them due to the offenders’ ignorance of what is good or evil.”

A Stoic often reminds himself that life is temporary which is called memento mori (remember that you will die), so he won’t waste time on trivial things and, and that’s my own twist, don’t take life too seriously either.

Another exercise is called “the view from above” that makes us see ourselves from a cosmic viewpoint, so we realize how small and unimportant we are compared to the vastness of the universe.

Especially in the current age Stoicism can be a valuable instrument to give our lives guidance, so we don’t drown in a sea of stimuli and distractions.