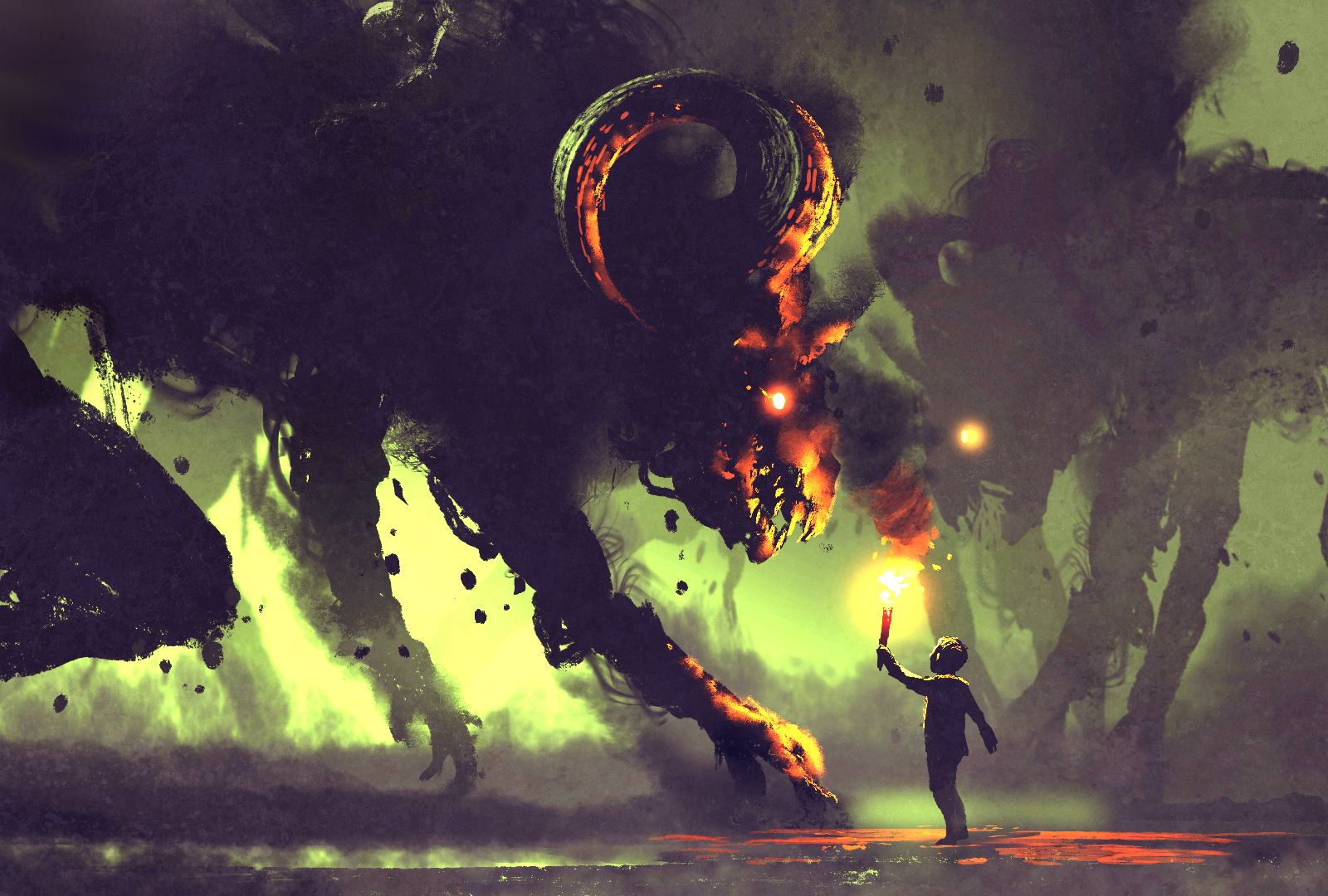 When I look at the people around me, especially on social media, and also when I look at my own life and the way I’ve presented myself to the world so far, it seems like in current society we are excessively concerned with our self-image.

But, even though we might think we’ve figured ourselves out, is this really the case? Or are we just showing the world – and ourselves – a mere reflection who we truly are? Could it be that we are repressing certain parts of ourselves and that below the surface there hides a monster that might awaken someday?

No matter where we go: we constantly define and redefine who we really are, and at the same time we judge other people’s behaviors.

In society, we are expected to behave in certain ways. How many codes of conduct and systems of ethics do we have as a society, in workplaces, at home, in nightlife, in a restaurant, at dinner parties, et cetera?

The consequence is that we wear a number of masks. These are sets of behaviors as well as beliefs about ourselves and how we relate to the world. Such a mask is called the persona; which is where the word ‘person’ comes from.

A problem with the persona is that many people present themselves in certain ways while keeping many undesirable traits hidden in the dark places of their minds. This happens consciously as well as unconsciously. Swiss psychiatrist Carl Jung called theses dark places the shadow.

What’s so tragic about the shadow is that many people don’t really know that they have it. Especially those with a very strong attachment to their persona, who believe that they are their persona and that there possibly cannot be something else about them lurking in the dark.

Yes, they might experience some thoughts and desires that are quite inconvenient, so they quickly repress them. But the more they do, the larger and uglier the shadow becomes. Jung:

Unfortunately there can be no doubt that man is, on the whole, less good than he imagines himself or wants to be. Everyone carries a shadow, and the less it is embodied in the individual’s conscious life, the blacker and denser it is.

An example of this is the abuse scandals within religious or spiritual communities. Certain positions, like those of a priest, monk, holy man, and so on, often require behavior that is contra-natural to their own, along with the social expectation that they behave in certain ways that are, you know, ‘holy’.

Many walk this path successfully, but there are some who haven’t been able to integrate their undesirable traits. After a while, these bubbles of repressed desires start to burst, and the shadow that they’ve repressed for years or even decades comes to the surface. And not in a friendly way.

People with dense shadows are often extremely judgemental. They repress their flaws and are often quick to judge others for exactly those flaws. In reality, they see in others what they try to hide themselves.

By projecting our own darkness onto others, we at least don’t have to look into the abyss of our own minds. But the mere agitation of seeing our own dark sides in other people is a sign that we might have work to do.

Even though we ought to behave as decent citizens, that smile at the neighbors, go to work, abide by the societal rules; somewhere deep inside, there lurks an immense capacity for evil. World War II is a great example of how innocent, regular people can turn into bloodthirsty killers.

Because of a series of unfortunate events, a monster arose from the German collective unconsciousness and mustered its forces. Its malice awakened other shadows all over the world, which has led to one of the largest massacres in the history of mankind. As Jung stated:

The change of character brought about by the uprush of collective forces is amazing. A gentle and reasonable being can be transformed into a maniac or a savage beast. One is always inclined to lay the blame on external circumstances, but nothing could explode in us if it had not been there.

We still have trouble comprehending this today; probably because we have difficulties accepting our dark side, and rather see the horrific crimes committed as an evil that isn’t human. In some religions, they blame outside forces like spirits or the devil. But if the war breaks out tomorrow: are you certain that you won’t become a monster?

War is an extreme example, I know. So, let’s get a bit closer to home.

If you think of yourself as a good or even great person, maybe even some sort of a sage; a person that can teach others how to live, who radiates goodness, who’s always there for their loved ones, gives money away to charities, is celebrated by his or her environment for being such a wonderful person: have you ever entertained the possibility that below the surface you might actually be an enormous jerk? That behind the mask, there’s an ugliness that you’ve been hiding for so long, and you’re not even aware of it? Or perhaps you are, but you refuse to see it?

Could that be the reason that it seems to take so much effort to be that fantastic person – day in and day out – and the more you try, the more internal conflict you seem to feel? Could it be that the priest is actually a control freak? That the billionaire philanthropist is only doing it for the fame? And that your favorite spiritual guru is only in it for the money?

Whatever we pursue, and the reasons we tell people why we pursue what we pursue, we most likely have hidden intentions that we don’t want to look at, and if they come to the surface we’ll immediately push them back down. The Germans call these intentions ‘hintergedanken’. Philosopher Alan Watts spoke about this often:

A hintergedanken is a thought way, way, way in the back of your mind. Something that you know deep down but can’t admit.

The thing is that by being aware of our hintergedanken, we see that there’s something inside us that we do not show to the world, but heavily influences our actions. Also, by looking close at certain strong judgments about other people, we might identify the exact things we keep hidden in the shadow.

Carl Jung believed that if we become aware of our shadow, and find a way to integrate it into our personality, we’re less likely to lose control over it. Carl Jung calls this process ‘individuation’, which is the reconciliation of all aspects of our personality, including the darker ones so we become who we truly are.

Thus, to mitigate our dark side we shouldn’t repress it. What we should do, is making the unconscious conscious.

The shadow doesn’t always contain negative things. During the years, you may have repressed certain aspects of yourself like creativity or sexual interests that society sees as taboo; things that can be addressed only if we acknowledge them.

When we’re brave enough to shed light on the darkness and look beyond the persona that we present to the world every day, we can begin to work with the shadow, and even benefit from its power and see the beauty in our imperfections. As psychologist Marion Woodman said: “night is as precious as is day.”