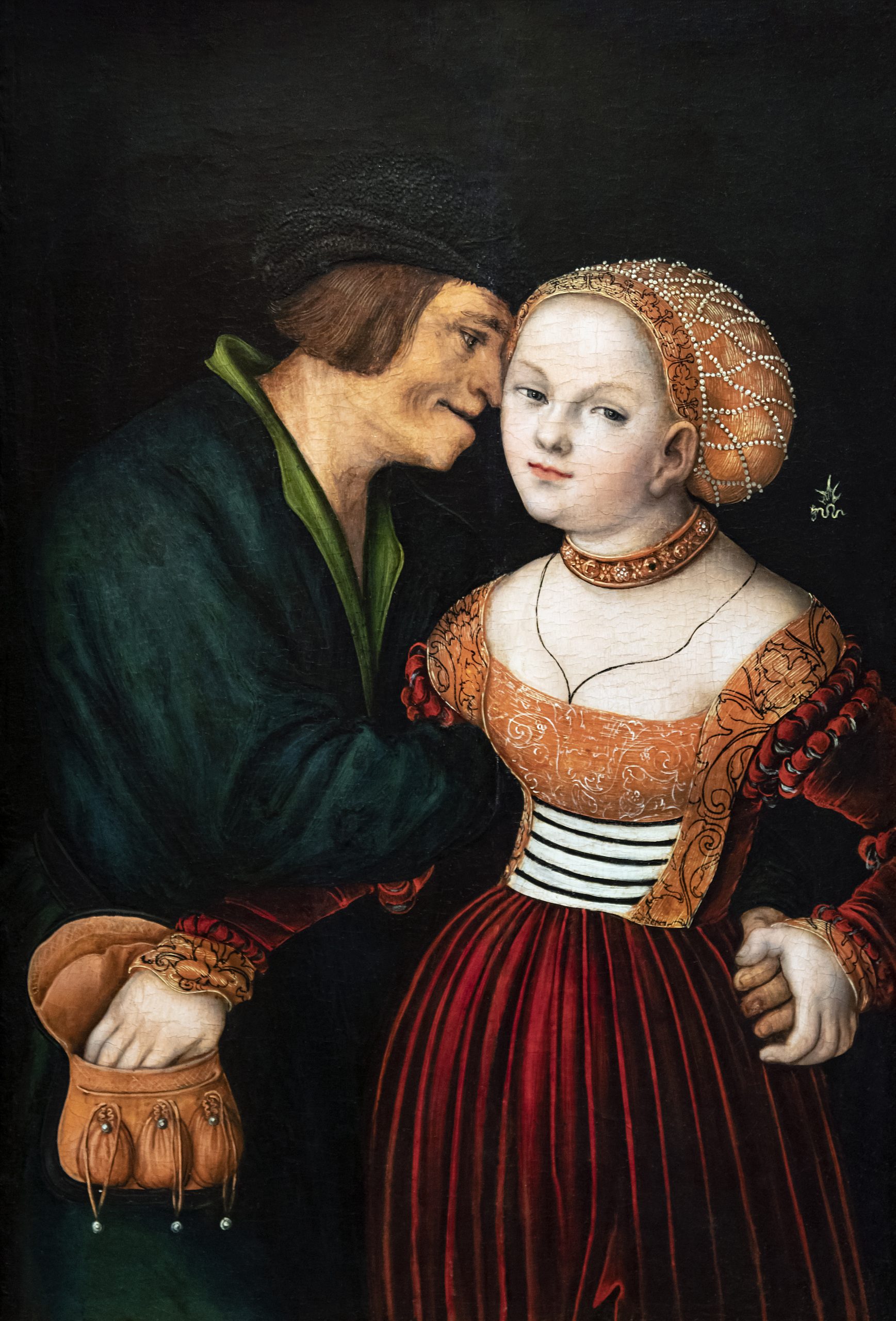 The romantic ideal of two people pair-bonding and staying together for a long time is still very much alive. However, in the current age, we can see that an increasing amount of people deliberately choose to stay single. Especially in the West, marriage is in decline, and singlehood is rising. According to data from the General Social Survey released in 2019, more than half of Americans between the ages of 18 and 34 said they don’t have a steady romantic partner. In Germany, more than 40% percent of the households were single people. But even though Western countries lead the way when it comes to one-person households, we can see a worldwide increase in people living alone.

Despite the global trend of bachelors and bachelorettes, single people still face a social stigma and discrimination. A 2020 research paper entitled “Are Single People a Stigmatized Group?” notes that single people face discrimination, prejudice, and financial challenges (as they often earn less and pay more taxes, and also pay more for social benefits and health care). But it’s not all doom and gloom. The same study shows that many people enjoy singlehood. An article written by social psychologist Bella DePaulo states that married people aren’t necessarily better off. “Claims that getting married makes people happier, healthier, and more integrated into society are grossly exaggerated or just plain wrong,” she states. Moreover, being single has plenty of benefits over being married in terms of meaning, pursuing interests and passions, and personal growth.

So, is it better to be single? It depends. Different people look for different things. For many, engaging in relationships and marriage works out very well. But some people don’t like the idea of partnering up and settling down. They flourish being single. So, this piece does not seek to persuade people to stay out of relationships and marriages or criticize those in them. It’s not even a defense of singlehood. The goal of this short essay is to present several arguments why being single could be a better option.

Marriage has been the cornerstone of society for most of known history. We still consider marriage and relationships the ‘proper modes’ of living. When we’re young, society expects us to find someone to marry, start a family, and (ideally) live happily ever after. But what if you’re single? If we ascribe to the idea that a fully-fledged life includes being in a long-term relationship or marriage, then people who don’t meet that criterion have essentially failed. So, it’s no surprise that people often frown upon singles. They might see them as undesirable, failures, and escaping responsibility.

Then, there’s this common belief that people in relationships and marriage are happier. Single people don’t experience the priceless joys of walking down the aisle, the honeymoon, having children, and living together under one roof for decades. If these are the ingredients of a happy life, then being single is not only a failure and denial of responsibility; it’s also a tragedy. Undoubtedly, some people experience their bachelorhood as undesirable, especially those who don’t choose to be single and long for companionship and, as a consequence, feel that they lack something essential. But do they genuinely lack something? Or is it simply their belief that being single is (somehow) wrong, which evokes their unhappiness?

According to recent studies, the latter is probably the case. An article (link below) by author and sociologist Elyakim Kislev states that numerous studies in the 20th and early 21st century have glorified marriage and stigmatized what it means to be single. “However,” he wrote, “newer studies are proving that married people are not happier and healthier as was previously believed.” Kislev summarizes a selection of studies that indicate the following:

So, according to several recent studies, marriage does not affect long-term happiness. Moreover, Bella DePaulo states that many people are, what she calls, ‘single-at-heart.’ For them, singlehood is the most meaningful, authentic, and fulfilling way of life.

Many cultures elevate romantic love to an ‘ultimate concern,’ meaning that it’s one of the most significant elements of life that a human being can pursue. But there are different ways to love besides romance, like the love between friends and family members. The idea of friendship may not be as enticing as a fiery romance with lots of lust and passion. But some sages of old argue that romance isn’t the healthiest form of love, looking at the amount of suffering that comes with it. Take Epicurus, for example, an ancient Greek philosopher who preached the wisdom of managing our pleasures to live tranquil and happy lives.

Epicurus was a great proponent of friendship and enjoying the simple pleasures of life like bread, cheese, and weak wine in the companionship of friends. But romance, and more specifically, sexual intercourse, he considered a natural but unnecessary desire that could potentially be harmful. “Sexual intercourse never helped anyone, and one must be satisfied if it has not harmed,” Epicurus stated. But, he thought it’s not so much the sexual intercourse itself but ‘sexual passion’ that disturbs a peaceful mind. Following such passions could lead to adultery, abuse, addiction, illnesses, unwanted pregnancy, violence, and even murder. Epicurus also warns that sexual desire could lead to self-destruction by wasting our time and resources on the person we lust after. Or put differently: exchanging our very lives for a piece of human meat.

Today’s romantic relationships are often breeding grounds for passion. In many cases, love affairs are fueled by lust and excitement (which seems to be the norm) and lack rational thinking and wisdom. After seeing an explosion of pleasure and passion, we eventually see a blast of pain and despair. Extreme jealousy, the agony of heartbreak, the fear of loss, the weeping over the absence of one’s lover are all part of the painful fate of being wounded by the darts of Venus. So, wouldn’t it be wiser to focus on forms of love that are ‘cooler’ in nature?

Friendship, for instance, is generally less passionate and exciting but could be at least as fulfilling. Long-term friendships are usually slowly developed bonds based on common ground, unencumbered by unhealthy attachments. It’s not as hot and blazing as romance but cool and enjoyable like a pleasant morning breeze. Singles don’t have to direct their love mainly to one significant other but can diversify and spread it out to a much greater number of people. They simply have more time to spend on friends, family, and neighbors and are more attentive to them compared to married people, according to DePaulo. And whether or not these married couples have children plays no factor in this.

There’s a sense of freedom that comes with being single, which married people aren’t likely to experience. It’s the freedom to do what you want without taking a partner or spouse into account: without justification, discussion, or compromise. A significant element of singlehood is the freedom in the pursuit of meaning. French-Algerian philosopher Albert Camus believed that the universe has no meaning, so it’s futile to seek the meaning of life. Instead, we should create meaning ourselves.

Still, religious and societal structures try to impose meaning onto us, including the idea that relationships, marriage, and having children are the main ingredients for a meaningful life. According to Camus, it’s absurd to think with certainty that some things about life are inherently meaningful, and others are not. Therefore, being married or in a relationship isn’t intrinsically more meaningful than being single. It solely depends on the level of meaning we attribute to whatever we do. So, being single could mean turning your back to conventions and fully immersing yourself in a purpose without spending a second on relationship matters. An example of this is Nikola Tesla, a lifelong bachelor who gave himself entirely to science and engineering. He once explained that his abstinence from women was helpful to his scientific abilities. So, even though Tesla may be an extreme example, we could say that being single increases the freedom of doing whatever gives our lives meaning.

Singles value opportunities to pursue their interests and passions and do the work they care about the most. They care more about meaningful work than married people do. Lifelong single people develop a greater sense of autonomy over time than people who stay married.

Single people are more likely to reap the benefits of solitude. Moreover, their aloneness offers them the opportunity to become more self-sufficient, in other words, more capable of fulfilling their own needs. In a society where pair-bonding is the norm, we tend to see ourselves as incomplete without a partner, as we’re just the half of a heart that needs another half to be whole. But many happy singles would argue against this way of thinking, as completeness is to be found within. A partner is no cure for emptiness, nor is it a requirement for happiness. If it were, then everyone in a relationship would be fulfilled, which is not the case. Also, all single people would be perpetually unhappy, which isn’t the case either.

The unwillingness to accept that romance won’t provide us long-lasting happiness leads some people to jump from relationship to relationship, like heroin addicts living from shot to shot. They never quite find what they seek. But as a single person, one could seize the opportunity to embrace a complete responsibility for one’s happiness, largely independent of outside circumstances. In this case, the focus lies on cultivating the ‘skills’ (for the lack of a better term) to satisfy ourselves. Becoming self-sufficient, not just financially but also emotionally, has several benefits. Firstly, it’s reliable, as our contentment lies for the most significant part within our control. Secondly, it’s cheap because the less we need to be satisfied, the more affordable our happiness becomes. Thirdly, we prepare ourselves for the unavoidable, which is that we end up alone anyway, as ‘aloneness’ (like death) is an inevitable part of life that many people fear. But if we can thrive in solitude, we won’t fear being alone and most likely even enjoy it. As Jean-Paul Sartre stated: “If you are lonely when you’re alone, you are in bad company.”