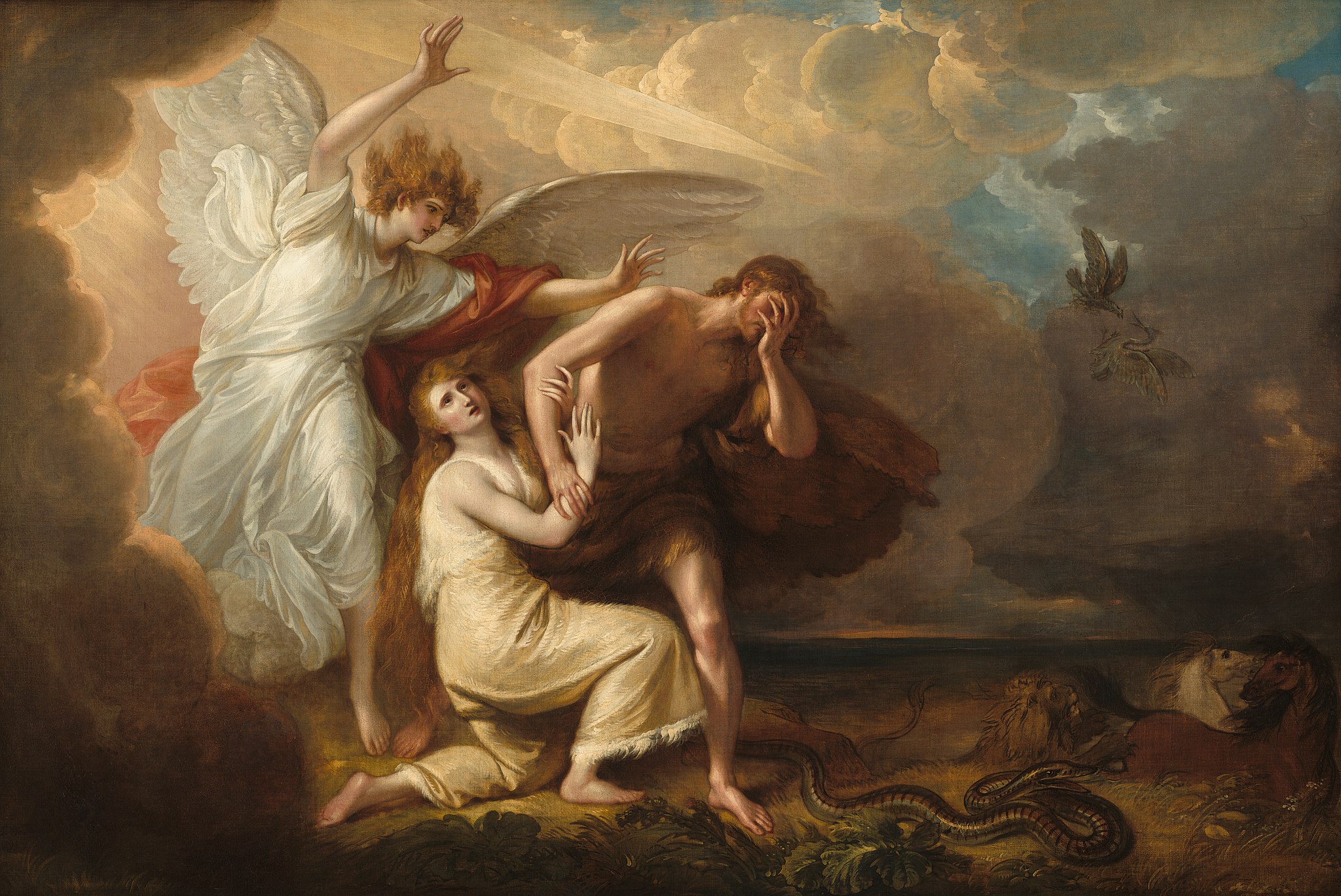 There are many interpretations of the story of Adam & Eve; a creation narrative that is part of Christianity, Islam, and Judaism and shows that serious error results in serious torment. The story presents us with different characters and objects, like the snake and the forbidden fruit produced by the tree of knowledge of good and evil.

So, could we use this story and its elements as metaphors to improve our own lives and behavior? Even if we aren’t religious?

In this video, I will share with you my ideas on how to identify and avoid our own, personal ‘forbidden fruit’ by giving you my secular interpretations of the story of Adam & Eve.

Adam & Eve were living in Paradise, also known as the Garden of Eden. We could describe Paradise as a properly mended garden surrounded by a wall that, I think, represents order surrounded by chaos. God said that they could indulge in everything that Paradise had to offer, except for one thing: the fruits of the tree of knowledge of good and evil.

This seems like a great deal, but, somehow, human beings tend to want exactly what they cannot have. One day, a snake appeared. The snake persuaded Eve to eat from the tree of knowledge. She took the fruit and made Adam try it as well. And so happened the fall of men. Adam & Eve were expelled from the Garden of Eden and condemned to mortality.

From that point on, the first human beings experienced hell and learned that if you make stupid life choices and deviate from the right path, you will experience great suffering. Thus, living a good life according to the Abrahamic religions is simple: don´t eat the forbidden fruit and you´ll be fine. Or in other words: obey God.

If we’d take God and the obedience to God out of the equation, and forget about Hell being a dark, fiery realm where bad people go to, what remains is the law of cause and effect. In this case, we could see the forbidden fruit as a metaphor for that very thing that turns your life into complete misery.

The problem is that humans love forbidden fruit. They repeatedly act in ways that they know are bad for them. In what manner this happens is different for every person. Although, it’s always some form of sensual indulgence that goes beyond the realm of healthy discontent. And despite the fact that people are completely aware that it’s destroying them, it has become so severe that they cannot control it anymore. This phenomenon can be summarized in one word: addiction.

So, the message is simple: identify your forbidden fruit – the thing that turns your life into complete ruins – and stop eating it. Identifying your forbidden fruit is one thing; not eating it is another. Moreover, desiring something with the knowledge that you cannot have it is a form of torture on its own.

Let’s say that the Garden of Eden is our mind, God is our conscience and Adam & Eve represent ourselves and our freedom of choice.

We see that a well-tended garden equals a peaceful mind. A peaceful mind is content. And when you’re content, why would you need to indulge in sensual pleasures? You wouldn’t. Because all you need you already have. Addiction is a chronic need to escape now. Wasn’t the desire to escape the now the reason why Adam & Eve did what God forbade them?

By using illusion and deceit, the snake tries to bring us down to the lower realms. When this happens, the walls around our garden break down and the demons come flooding in. And this is when you lose your conscience. As a believer you could say: this is when you separate yourself from God.

To protect our garden we should not focus on the forbidden fruit but on the snake. In our minds, the snake comes in the form of thoughts. By being very aware of our thoughts we can identify the moments when the snake tries to seduce us. If the snake appears, we should not fight it. Because if we fight it grows stronger and more vicious in the long run. Also, we should not engage with the snake. Because if we engage with it, it gets power over us. When we treat the snake with kindness and accept its presence, we show it our contentment. The snake cannot stand contentment. Moreover, it’s completely powerless against a content mind, because it preys upon emotions like dissatisfaction, desire, anger, and fear. And so, the snake leaves and our own Garden of Eden remains peaceful.

If Adam & Eve would have been content, the snake would not have been able to seduce them.