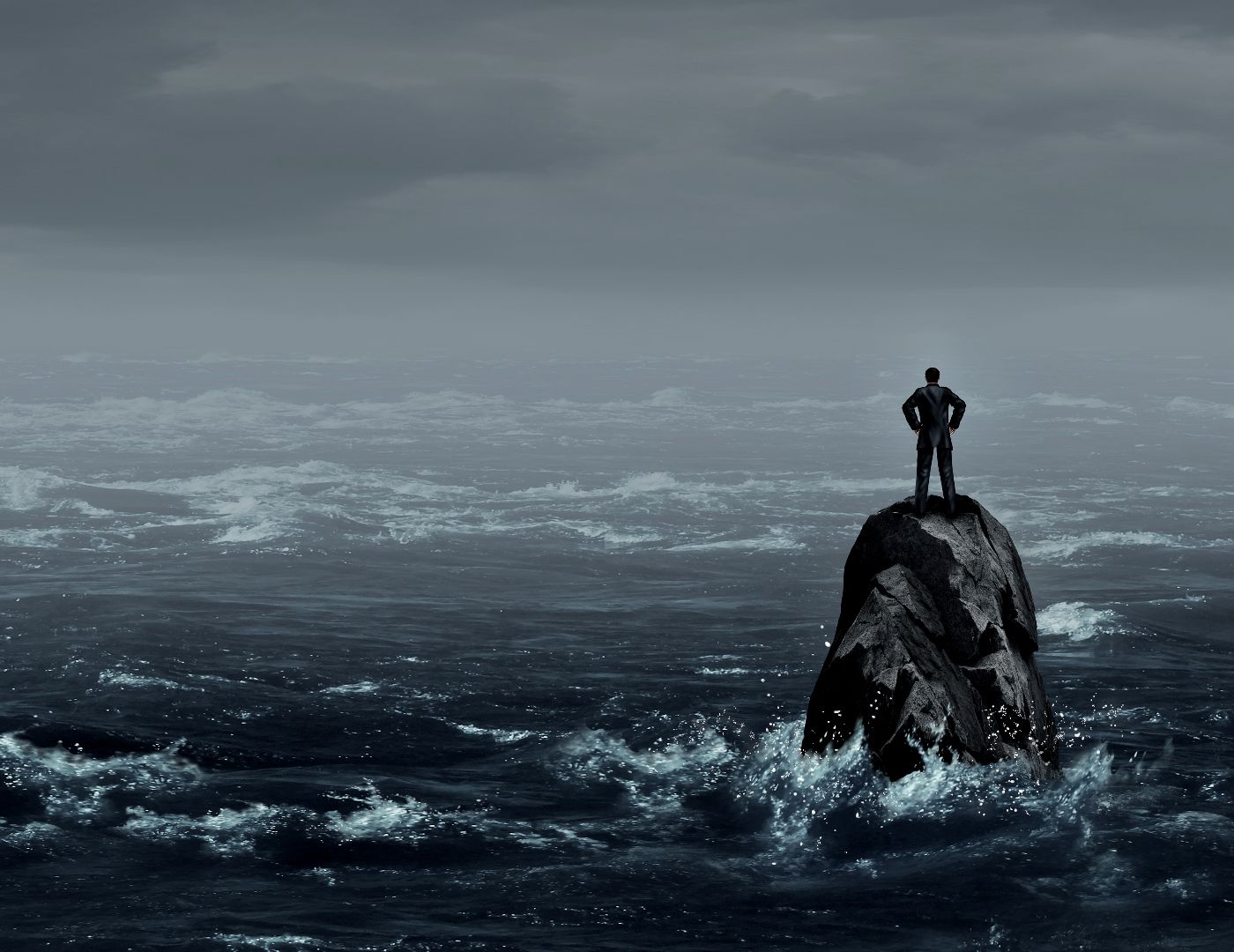 At the end of the day, loneliness is just a mindset. I won’t deny that it can be difficult to get rid of feelings of loneliness, because the desire for companionship is deeply ingrained in human nature. However, this doesn’t mean that we have to suffer when we are alone and that we cannot enjoy ourselves in solitude. A more positive outlook on spending time by ourselves (whether we choose to or not) is the concept of aloneness.

Humans beings are social creatures, that thrive on social interaction. But the amount of human interaction that is needed to not feel lonely is kind of subjective. Some people spend the majority of their time alone and don’t feel lonely at all. Others feel terribly lonely despite the fact that they are surrounded by people all the time.

There is no doubt that some people are not fun to be with at all, and their presence only makes one feel alone and disconnected. But, in many cases, it’s not a certain situation that causes loneliness but the position we take towards that situation. When we think of it: what’s actually so terrible about being alone? Why should we, for example, feel restless when we spend our Saturday night in solitude?

For a significant part, I think it’s nature. In the tribal age, we simply needed the group to survive. Without a tribe, we were subjected to the harshness of nature with its wild animals and, sometimes, lethal weather conditions. Even though biologically we are still those tribal animals, the rules of life have changed. Drastically.

Most modern societies do not require us the mingle at all to survive. This grants us the freedom to go our own individual ways if we want to. For many, this lack of necessity for human interaction has indeed led to social isolation and the suffering that comes with it. And some take social isolation to the next level, like the Hikikomori in Japan, that have withdrawn from society almost entirely.

I would agree that a certain degree of social interaction is joyful, healthy, and also empowering. However, I do value that we at least have the possibility to live on our own, and don’t depend too much on others, despite the solidarity we miss out on. Taoist philosopher Zhuangzi saw that the ability to forget each other is better than to be clamped together out of necessity.

When the springs are dried up, the fishes collect together on the land. Than that they should moisten one another there by the damp about them, and keep one another wet by their slime, it would be better for them to forget one another in the rivers and lakes.

As soon as we see that the ability to be alone is an advantage and a privilege that most people in the past did not have, it may be easier to appreciate it. Even today lots of people are simply convicted to each other and have no privacy whatsoever. So, they basically cannot enjoy solitude even if they wanted to.

Spiritual teacher Osho often spoke about the differences between loneliness and ‘aloneness’, saying that aloneness is a state of completeness and not needing anyone. The term ‘aloneness’ doesn’t contain a value judgment. It solely points to the circumstance of being alone, accompanied by neutrality. It’s bad nor good. It just is. Whereas, the term ‘loneliness’ carries a negative undertone.

When someone is lonely, this person feels alone and suffers because of it. But, because aloneness is neutral, the suffering is not a self-evident part of being alone. Moreover, if we change our perception of being alone we can actually enjoy it very much.

Osho observed that trying to fight loneliness by engaging in relationships is not a long term solution because relationships are temporary. Deep inside we know this, so trying to fill our emptiness by friends or a romantic partner will always go together with the fear of losing them. So, the best thing we can do is to cultivate contentment inside and make it independent of the people around us. We can do this by embracing aloneness.

When we are complete within ourselves, we will not cling to other people, hang out with toxic friends just because we cannot be alone, and not stay in a relationship with a terrible partner because we cannot live without companionship. Also, because we are content and happy with ourselves and we don’t come off as needy, we paradoxically attract more people that we can share our completeness with.

The word ‘lonely’ reminds us of a painful emptiness that needs to be filled by something external. While the neutrality of aloneness gives us the opportunity to fill it ourselves and to be completely content in solitude.