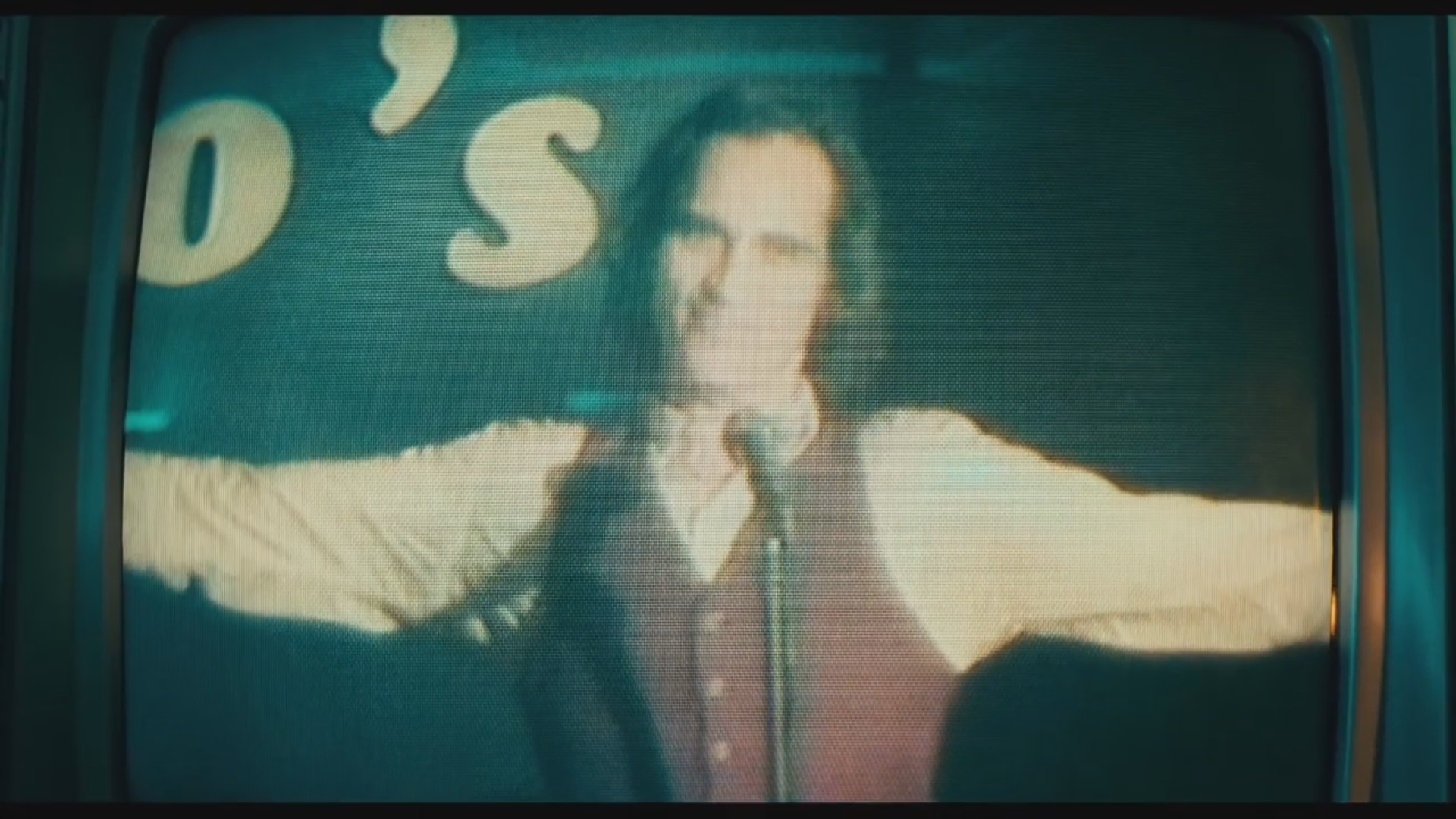 The Joker is a recurring supervillain from DC comics and is the archenemy of Batman. In the many books and movies about the Joker, he is portrayed as an unpredictable, bloodthirsty, crazy psychopath, that wants to see the world burn. Hence, his nicknames like Clown Prince of Crime, the Ace of Knaves, and the Jester of Genocide.

Now, the movie Joker released in 2019, shows us a more in-depth look into the psychology of this character, and slightly reveals his philosophical positions towards life and modern society.

The Joker’s life starts out as tragic. Arthur, which is his real name, lives with his sick mother named Penny Fleck, that he takes care of religiously. In return, she validates him for being a good person. The movie shows that Arthur takes pride in the fact that he is, indeed, a very good person and that his purpose in life is to put a smile on people’s faces in the cold, harsh world we live in. Also, his mother taught him to always put on a happy face towards the outside world. He has a job as a clown to entertain children and his dream is becoming a successful stand up comedian.

So, Arthur grows up as a people pleaser; or as someone whose life revolves around serving others – his mother in particular – and make people happy, while disregarding his own needs. He fantasizes about an audience that likes him, and external validation seems to be his life-breath.

Later becomes clear that beyond the surface of Arthur’s personality grows a huge, ugly monster that he doesn’t seem to be aware of. Snippets of this monster come out sometimes, in the form of a laugh that he cannot control. Even though this condition is brushed off as a sickness, he later tells his mother that it’s not: the laughs are really part of his personality.

Swiss psychologist Carl Jung wrote extensively about a phenomenon called the shadow, which I’ve made a separate video about. The shadow is a set of personality traits that are deemed undesirable, either by the person itself or the environment (but often both) and, therefore, these traits are pushed away into the unconscious. According to Jung, everyone carries a shadow but the more it is repressed the denser it becomes.

Arthur’s clown face symbolizes the persona; the false self that we show the environment, while the uncontrollable laughs can be considered the manifestations of an utterly dense shadow, that Arthur is unaware of. After all, he sees himself as a good person. Until he receives a gun after he has been beaten up by a bunch of boys in an alley. When three so-called ‘yuppies’ attack him on a subway train, Arthur – while dressed up as a clown – kills two out of self-defense and chases after the third one and murders him.

From this point, Arthur discovers what evil he is really capable of and that he isn’t that good of a boy that his mother tells him he is. Probably, he spent his life living the image that his mother has created for him, ignoring everything that festered in the darkness. In regards to Arthur’s relationship with his mother, we could say that she partly fulfills Jung’s devouring mother archetype.

The devouring mother feeds on her own fruits – her children – because they validate her role as a mother. I suspect that she has been clinging on to him, in a way that he never obtained the skills to metaphorically ‘leave the womb’ and establish himself into the world. Despite the apparent abuse in his childhood, Arthur indeed stays at his mother’s side, and we can sometimes see glimpses of ‘spousification’, in which the child takes on the role of the parent’s spouse.

Now, Arthur’s killings on the subway train lead to an explosion in the media. His own shadow manifestations seem to resonate with a large, collective shadow that has been growing in the poor areas of Gotham city, resulting in violent protests with ‘kill the rich’ as a slogan. The mysterious clown that killed the rich guys that worked for Thomas Wayne, a famous physician, philanthropist, and Batman’s father, is seen as a hero of the city’s economically marginalized. Jung noticed the danger of collective shadows during the Nazi uprising in Germany, saying:

The change of character brought about by the uprush of collective forces is amazing. A gentle and reasonable being can be transformed into a maniac or a savage beast. One is always inclined to lay the blame on external circumstances, but nothing could explode in us if it had not been there.

We see this manifest itself in the increasing violence and brutality of the protestors. Also, we can see a complete disregard for the collective shadow by Thomas Wayne who calls the protestors clowns and patronizes them by saying that he has the solution for their unfortunate state. Wayne’s demeanor basically represents this current societal idea of winners and losers, and that being poor is simply one’s own fault, which is debatable.

Arthur, however, doesn’t really seem to have hatred for rich people specifically: he just can’t stand the fact that people are so cruel to each other nowadays. He later admitted that this was the reason why he killed the three yuppies, his former co-worker, and TV-show host Murray Franklin. Nevertheless, he becomes a martyr for the collective shadow.

Arthur doesn’t really get to the individuation phase. Rather, he is completely taken over by his shadow. Because he wasn’t aware of it in the first place, the monster inside was able to grow beyond his control when it comes out as the Joker. But we do see brief moments of self-awareness during his transition. He seems to experience the shadow coming to the surface as a manifestation of his true self, saying: “through my whole life, I didn’t know if I even really existed. But I do. And people are starting to notice.”

Arthur is delusional and psychotic. This becomes clear when all of his interactions with his neighbor and crush Sophie Dumond were just his fantasy, which could be a product of his intense loneliness and desire for companionship. When he finds out, he becomes aware that there’s something not right in his mind. But the final blow is the revelation of the truth about his mother and himself as a son.

It turns out that his mother had an affair with Thomas Wayne in the past, and claims that Arthur is their illegitimate child. Arthur snaps at his mother because of this and confronts Wayne who tells him the truth: his mother adopted him. I suspect that his mother adopting a child and claiming that Wayne is the father was a desperate attempt to get into a relationship with him, but I’m not sure about that. We can see, however, her ongoing fascination with Wayne throughout the movie.

When Arthur finds out what his mother did, he kills her by choking her with a cushion. He says afterward that he always thought that his life is a tragedy, but now realizes that it’s a comedy. At that moment he merges with his new identity, the Joker, and his philosophical view on the world shifts from being an agent for good, to the acceptance that life is nothing more than a comedy show.

Now, we arrive in the domain of French-Algerian philosopher Albert Camus, who believed that life is absurd. In his novels, we can see that, when we look at the circumstances and the way life plays out, there’s not much to say for true, universal morality and ethics. Everything seems to happen randomly. Arthur makes a similar conclusion when he states that when three rich yuppies that happen to work for Thomas Wayne are killed, the whole city is in turmoil, but when something similar would happen to him, no one would bat an eye.

Comparable to the thoughts of Camus, he questions the validity of what is good and what is bad or, specifically, what is funny and what isn’t. He sees that these things are decided by society and that we judge each other based on a normative framework that is not universal but just a product of the human mind.

In his novel The Stranger, Camus tells us about a character named Meursault who kills an Arab man, who has a dispute with his friend Raymond. Before this event, Meursault’s mother dies. The fact that he didn’t show emotions at the funeral annoyed and amazed his environment. When he’s on trial for killing the Arab, he is sentenced to death, mainly because of his emotionless appearance during his mother’s funeral.

What Camus shows here is a man that was simply himself and hardly shows emotions outwardly – not even when his mother dies. But, because this behavior deviates from the norm, society sees him as a suspect. When you think of it, it’s kind of absurd to sentence someone to death, almost entirely based on being a bit different from what’s perceived as normal in a certain culture. In a similar way, calling people ‘clowns’ because they think differently, and act differently, is kind of absurd as well.

So, the Joker comes to the conclusion that the current system of morals and ethics is kind of ridiculous, and that he is going to decide for himself what’s good and bad. But by doing so, he raised himself to the position of ‘judge’, who feels that killing bad people is justified. At the same time, he points out that the riots and the killings are simply a matter of cause and effect. “You get what you deserve,” he says before he shoots Murray Franklin.

The Joker embraces the absurd, in which he finds freedom and empowerment. He changes his position towards life from tragedy to comedy. And because it’s a comedy, it transcends all existing morals and ethics, into chaos. I guess that this makes him so unpredictable. What’s good at one moment, could be bad in another. What does it matter? It’s one big joke anyway.

From Camus’ philosophical viewpoints, I suspect that he doesn’t fear God either, because the absurd man knows that if there’s a Godlike being, it’s probably completely indifferent towards the affairs of human beings. The absurdity of life – the unfairness, the randomness, the realization that being evil often pays and being good doesn’t – is evidence that supports that conclusion.

Now, we could see the absurdity of life as an opportunity to find our own sense of fulfillment and meaning. Unfortunately, being subjected by an utterly dense shadow, the Joker’s embrace of the absurd unfolds in chaos and destruction.