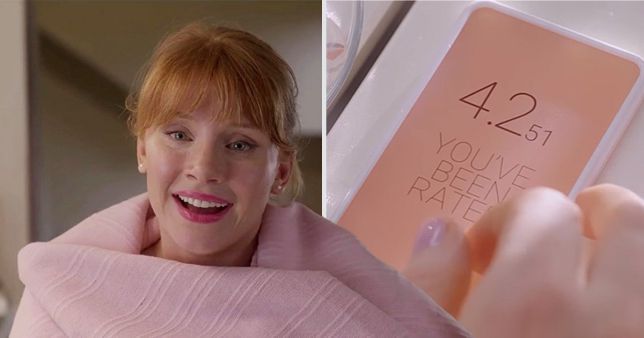 Do we need a good reputation to be happy?

The Black Mirror episode ‘Nosedive’ takes place in a futuristic world in which reputation is the main currency. The story revolves around a young woman named Lacie who desperately wants to raise her social credibility, so she can apply for a residence in a fancy community.

This credibility is based on how other people rate you, on social media, and in ‘real-life’, and is measured on a scale of 1 to 5. Your rating decides what kind of lifestyle you can apply for. When you’re a high 4, for example, you belong to the social elite and will get access to the best housing, the best transport, the most prestigious social circle, and higher mating opportunities. But when you’re a 3 or lower, you’re seen as an outcast, and many societal doors are closed to you: companies won’t hire you, people don’t want to hang out with you, and you’re deemed to live in a low-class neighborhood.

The story of Nosedive shows us how much we value our reputation, and how far we’re willing to go to establish a good reputation and maintain it. It also shows how fragile our reputation actually is (and for the most part out of our control), and that it takes tremendous work to achieve and maintain. But, what if we don’t care about our reputation? What if we become outcasts that are ignored, rejected, and even hated? Does that mean that we’re doomed to misery?

This piece explores the reasons why based on the Black Mirror episode ‘Nosedive’ and ancient philosophy. Warning: there will be spoilers.

Most people want to be liked. Because when we’re liked, the access we have to all kinds of worldly pleasures increases. When we belong to a social group with popular, great-looking people, we’re more likely to find a mate of the same caliber. And having a likable mate increases our overall likeability by association. The problem is, however, that the more we try to be liked, the less genuine we’ll be. In this Black Mirror episode, we clearly see how everyone takes on a persona that’s as fake as it can get.

If you say or do something socially unacceptable, you run the risk of getting voted down. However, if you try too hard, people will notice and vote you down as well. This means that you need to make impressions that are exactly right in certain situations if you want to get good ratings. In a reputation-based world people are enslaved by public opinion; a tyrant that’s mostly driven by subjectivity, emotion, personal preference, and selfishness. Everyone keeps everyone in check, and when you do or say something that goes against the grain, chances are that people will unite against you.

This happened to Lacie’s coworker. This young man recently got divorced. For an unknown reason, the coworkers decided to side with his ex-wife and collectively downvoted him until he couldn’t enter the office building anymore. In contemporary terms, he got ‘canceled’.

Now, the story doesn’t come up with a reason why everyone has sided with the ex-wife. But the context, and the way the characters are portrayed in this scene, suggests that the reason is probably flimsy, and mainly based on opinion and personal preference or the preference of someone with high social credibility, who’s then followed by a herd of sheep that desperately want to belong.

We see this happen in our world all the time. One misstep followed by a group of people designating you as a pariah, gets your reputation destroyed. You’re ‘canceled’, meaning, what you called ‘your life’ is destroyed. And there’s nothing you can do about it. You’ve now joined the league of outcasts; those that don’t belong, those that are met with contempt, those who the people at the top fear to become. Welcome to the sewers.

So, how do we go on from here?

Well, before we go into that, let’s further analyze the nature of ‘reputation’. Many people carry the assumption that we need to have a good reputation to be happy. We absolutely fear falling out of favor, because then, many doors close. In Lacie’s world, a reputation rate below 4.5 excludes her from living in a fancy environment that, in turn, could lead to an increased rating.

Thus, she chases a higher rating, in order to get something that will increase her rating, which subsequently leads to better options that, in turn, will lead to a higher rating. And so, our tragic hero Lacie is stuck on a hamster wheel, hoping to get what she never will as long as she keeps chasing it. Chasing something that’s insatiable and very difficult to obtain is not a smart way to achieve happiness. The ancient Greek philosopher Epicurus observed this more than 2,000 years ago.

Epicurus stated that the right amount of pleasure leads to happiness. When our basic needs are met, and we abstain from unnecessary desires, we achieve the state of ‘ataraxia’ which means ‘inner tranquility’. He distinguished natural desires and vain desires. Natural desires can be split up into necessary and unnecessary desires. Things like food, shelter, and rest are necessary. Luxurious food, expensive clothing, and a house in a fancy community are unnecessary, but not fundamentally bad.

Vain desires, however, are always unnecessary and insatiable, as well as difficult to fulfill. Among the vain desires are power, wealth, immortality, and, a great reputation, also known as ‘fame’. Stoic philosopher Epictetus goes one step further, saying that reputation is among the things that we should contempt and that we must be willing to be hated and laughed at if that’s the price to pay for a tranquil and free mind.

You must watch, you must labor, you must get the better of certain appetites, must quit your acquaintance, be despised by your servant, be laughed at by those you meet; come off worse than others in everything, in magistracies, in honors, in courts of judicature. When you have considered all these things round, approach, if you please; if, by parting with them, you have a mind to purchase equanimity, freedom, and tranquillity.

In Buddhism, a bad reputation is considered a part of life. It’s among the Eight Worldly Winds, namely: praise and blame, success and failure, pleasure and pain, and fame and disrepute. According to the Buddha, everyone will experience these winds in their lives; as they’re blowing around us uncontrollably. Most people seek fame and praise and avoid blame and disrepute. But these factors are so fragile, that we’re wasting our lives when we compulsively chase or run away from them. That’s why it’s better to transcend the ‘worldly winds’ so we’re not moved by them. This is part of the path to becoming enlightened, which entails the cessation of suffering.

And here’s the gist. The constant fakery, the endless people-pleasing, the repression of our true nature, the ongoing fear of being disliked, and the pressure of always needing to please others: that’s suffering. And, ironically, suffering is what all these popularity-seekers are fundamentally trying to end by their pursuits. Lacie is confronted with the truth about her predicament after she experiences a temporary but significant drop in her rating, due to a small incident at the airport. As she’s on her way to a wedding of her very popular but fake friend Naomi, hoping that this will boost her rating beyond 4.5, her car breaks down. She tries to hitchhike but people ignore her because of her low rating, and she’s even randomly voted down by strangers.

But then, a woman in a truck offers her a ride.

To Lacie’s horror, the woman’s rating is a whopping 1.4! She’s a true outcast. And her terrible social credibility places her among the ranks of the despised. But this woman doesn’t seem unhappy at all. Moreover, she seems carefree and unattached, despite the fact that she’s condemned to the lower realms of society. She has let go of her reputation, and therefore, the suffering that comes with ‘trying to be liked’ has disappeared.

Now, back to the sewers.

It’s essential to realize that being hated, ignored, and rejected, doesn’t guarantee a life of misery. If anything, it forces us to rethink our relationship with our reputation, and to find ways to be happy without the need for other people’s validation, and ultimately discover that we can be happy as outcasts. This doesn’t mean that we should become evil-doers, as this probably won’t make us happy either: most evil-doers are externally motivated, thus, seeking unnecessary or vain pleasures that keep them in the cycle of misery as well.

The key figure of the Christian faith, Jesus of Nazareth, is an example of someone who was deeply hated. But he was certain about his values and beliefs, knowing that he was doing the right thing out of love for humanity, including his enemies. Therefore, despite his terrible reputation and even getting tortured, he kept radiating his love and compassion for his fellow humans.

Another example is the Buddha. On his journey to enlightenment, he was despised by the ascetics when he decided that punishing the body doesn’t end his suffering. This didn’t stop him from achieving enlightenment, which happened when he meditated alone under the Bodhi tree. As Tyler Durden famously said in Fight Club:

“It’s only after you’ve lost everything that you’re free to do anything.”

In other words: being hated, ignored, and rejected as a consequence of a shattered reputation, is an opportunity to free ourselves from the burden of validation-seeking. At the end of the day, Lacie doesn’t want to carry the heavy cross of maintaining a good reputation on her shoulders. She probably doesn’t even want all these unnecessary pleasures, like living in a fancy community and having popular friends.

Like everyone, she simply wants her emptiness to be filled, and her desires to be tempered, so she can experience contentment. However, brainwashed by the societal narrative, she seeks relief in the wrong places. But when she ends up in prison (the lowest she could possibly go) she realizes that there’s nothing left to lose. She’s now free to express herself in ways she wants, with a total disregard of other people’s opinions.

This doesn’t mean that we should aim for the worst. It means that when we lose our attachment to fame and praise, we will not be moved when these things are taken away from us, and we will not exhaust ourselves by chasing them. The less we need, the easier contentment is achieved. By reducing our desires to what’s necessary and widely available, people’s opinions lose power over us.

When we don’t need what they have, why should we be moved, when they hate, ignore, and reject us?