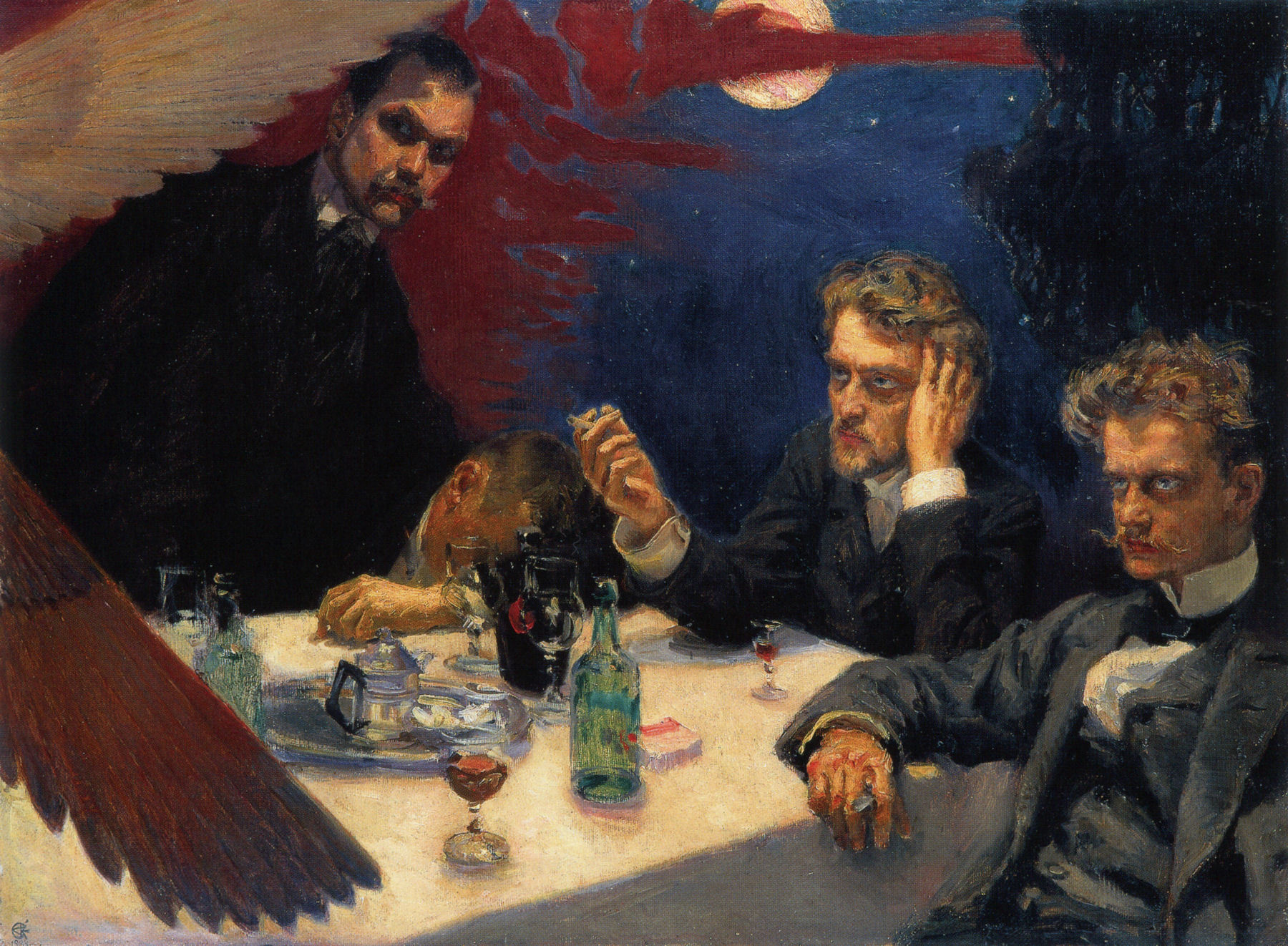 The greatest hindrance to living is expectancy, which depends upon the morrow and wastes to-day.

Seneca, On the Shortness of Life, 9

When we procrastinate, we are immersed in future thinking, and unable to do the work that we had planned to do in the present moment. The consequences of this behavior are often harmful.

For example, if we refrain from performing necessary tasks, this will negatively influence future results and the acquirement of resources, while utilizing the resources we have accumulated by past endeavors. We stagnate, and with stagnation comes deterioration. But most ironic is that the act of repeated procrastination probably costs us more energy than performing the task itself.

This video will explore the mechanisms of procrastination. What is it? Where does it come from? What do different philosophies say about it, and what wisdom do they contain that might help us out?

Let’s start with the nature of procrastination.

Procrastination means that we delay or postpone things. This happens because of various reasons. Sometimes it’s inevitable because something more important happens, or outside circumstances seriously impede our ability to act. When this happens, either we choose to procrastinate with a very good reason, that is often moral or ethical or associated with health, or circumstances simply make it impossible for us to perform our tasks. So, these are the legit reasons why we procrastinate.

However, the majority of procrastination is done without legit reasons. Or more specifically: petty reasons that we have rationally transformed into legit reasons. An example of this is when we tell ourselves that we deserve a ‘long break’ in which we choose to play games, or drink, or other stuff that’s more fun than doing our task. Sure, everyone needs breaks from time to time, but when we were set out to work according to a reasonable schedule, this so-called ‘deserved break’ is probably just an excuse to not perform the task. In the back of our minds, we know that these so-called ‘legit reasons’ are nothing more than excuses.

Now, why do we procrastinate, and where does it come from?

Performing a task, whether it’s writing a thesis, doing paperwork, going for a run, or lifting weights, generally takes effort. However, this assertion can be disputed, especially within Taoist philosophy, which I’ll talk about later on in this video. The main reason, in this case, is that we associate tasks with effort, and the need for energy, focus, and dedication, and that we link these factors to boredom and pain. Therefore, we see these tasks as unpleasant. And we rather spend our time seeking immediate gratification, which is much easier to acquire. So we exchange the act of ‘performing tasks’ for ‘short-term pleasure’, which leads to short-term gratification at the cost of achieving long-term goals.

The problem with short-term gratification is that shortly after the high, we experience the inevitable low. And, thus, many people seek another form of short-term gratification to stay out of that low as long as possible. So they live a life that’s basically a string of short-term pleasures and never get anywhere in the long term because they’re unwilling to sacrifice their time and energy without getting instant gratification in return. When people begin to realize that they get nothing done because of repeated procrastination, they’ll start wondering how they can break the cycle. To break the cycle, it’s important to know what’s the root of procrastination.

The starting point of procrastination is that we dread to perform a certain task. We’ve already argued that this dread comes from an association with boredom and pain. So, why are certain tasks considered painful? There’s way more to this than simply the prospect of expending energy. In an article published on the website Psychology Today, Shahram Heshmat writes that anxiety and low self-confidence are common reasons why we procrastinate. When we’re anxious, we might infatuate a challenging task, making it much more difficult in our minds, than it really is. The prospect of performing an almost impossible task evokes anxiety, and this anxiety can numb us to the point that we don’t act at all. This anxiety often goes hand-in-hand with a lack of confidence, which means that we don’t believe that we’re up to this task and, therefore, we avoid it. So, in both cases, the root of procrastination lies in our thinking about the task, and not so much in the task itself. Now…

What can we learn from philosophy?

The philosophers of old did concern themselves with procrastination, or in simple terms, laziness. Roman Emperor and Stoic philosopher Marcus Aurelius, for example, wrote in his meditations that ‘working’ is part of human nature. And so is sleep. But the point he makes is that nature has not designed us to sleep all the time, even though laying in a warm, comfortable bed all day can be a very nice experience.

So you were born to feel “nice”? Instead of doing things and experiencing them? Don’t you see the plants, the birds, the ants and spiders and bees going about their individual tasks, putting the world in order, as best they can? And you’re not willing to do your job as a human being? Why aren’t you running to do what your nature demands?

Agreed. But nature set a limit on that—as it did on eating and drinking. And you’re over the limit. You’ve had more than enough of that. But not of working. There you’re still below your quota.

Marcus Aurelius argued that when we indulge in lazy behavior we don’t love ourselves enough. Because if we did, according to his logic, we’d love our nature too, and what it demands of us. He described the Eudaimonic experience, a state of flourishing, in which people wear themselves down, even forgetting to wash and eat, when they’re fully immersed in their task.

Do you have less respect for your own nature than the engraver does for engraving, the dancer for the dance, the miser for money or the social climber for status? When they’re really possessed by what they do, they’d rather stop eating and sleeping than give up practicing their arts.

Statesman and Stoic philosopher Seneca argued that postponement is the greatest waste of life. Postponement makes us dependent on the future, and instead of seizing the day, and doing what we can in the present moment, we give away these opportunities to Fortune.

Simply put: by postponing we give away our control. The present is where in the future is made. So if we don’t act now, and do the things we can, we succumb to the future which is entirely out of control.

“Why do you delay,” says he, “Why are you idle? Unless you seize the day, it flees.” Even though you seize it, it still will flee; therefore you must vie with time’s swiftness in the speed of using it, and, as from a torrent that rushes by and will not always flow, you must drink quickly.

Seneca, On the Shortness of Life, 9

Thus the saying: carpe diem. Seize the day. Because isn’t this all we have? So it logically makes no sense to postpone our tasks when we can do them now. And ‘now’ is the only moment we can perform.

Even though previous suggestions of the Stoics are solid reasons why we shouldn’t procrastinate, they don’t seem to provide us with a solution. Isn’t there something we can do to reduce the dread of performing unpleasant tasks, especially when we’re insecure about our capabilities?

A slightly different but similar approach is offered to us by the Taoists. Their secret lies in what they call ‘wu wei’. Wu wei can be translated as ‘non-action’ or ‘effortless action’, which points to being in a state of flow. When we’re in a state of flow, even the most dreadful tasks become effortless undertakings. To use the examples given by Marcus Aurelius: wu wei happens when the engraver becomes the engraving, the dancer becomes the dance, and, for what it’s worth, the climber for status becomes the climb.

What characterizes effortless action, is the total immersion in a certain activity, in which we are free of ruminations about the past or worries about the future. The only thing that exists is the task at hand at that moment. So, there’s no thinking about the task, nor worrying about the results, and there’s also the absence of hesitations and doubts about our capabilities; it’s just ourselves and the task.

As Marcus Aurelius described: we even forget to wash and eat.

Now, what can we do to stop procrastinating, based on previous philosophical insights? The main ingredients that we can take away from the Stoics and the Taoists, are ‘seizing the moment’ and ‘effortless action’. How can we reach this ideal and almost effortless state of working in which we experience the immersion in our tasks?

The only way to do this is by simply starting. When we start, we’ll discover that our worries and mental blockages will disappear one by one, and before we know it, time flies and things get done. However, the problem with procrastination is that we never truly start. When a task seems so big that it’s almost impossible to finalize, we’ll never be able to start confidently on this task. And when we think that we have all the time in the world, there’s isn’t much incentive to start right now.

So we have to deal with the mental blockages first, in order to make a good start. First of all, it’s recommended to pick up a Stoic exercise that reminds us of the impermanence of life: memento mori. Because if we realize that our lives are ticking away second after second and that we can’t do anything when we’re dead, we’re probably more serious about finishing our tasks. I’ve made a separate video about memento mori if you want to know more about it.

But realizing impermanence and the importance of a certain task can paralyze us even more if we deem our assignment as too challenging and almost impossible to do. This means that we should create an overview and structure to lay over the task, making it insightful and workable. Thus, we could harness the power of compartmentalizing a task. And if necessary: to the extreme.

If the prospect of one task is too much, then we could subdivide that task into microtasks and plan to do just one microtask. A journey of a thousand miles starts with a single step. So even if we only finish one percent of a task, we’ve already managed to achieve more than when we postpone. Paradoxically, when we finish one microtask, we do not only replenish our self-confidence; we most likely get hungry for more as well, because we got caught up in the joy of working.

By planning, discipline, and compartmentalizing big tasks into small, digestible pieces, we can protect ourselves from the misery called procrastination. Step by step, and without worrying about results, or being crushed by the unbearable weight of an impossible assignment, we just focus on finishing small parts of the whole, one by one. And when today’s work is done, we don’t fall back into the trap of unnecessary future projections: we simply plan tomorrow’s tasks and rest. As Lao Tzu wrote: “do your work, then step back. The only path to serenity.”