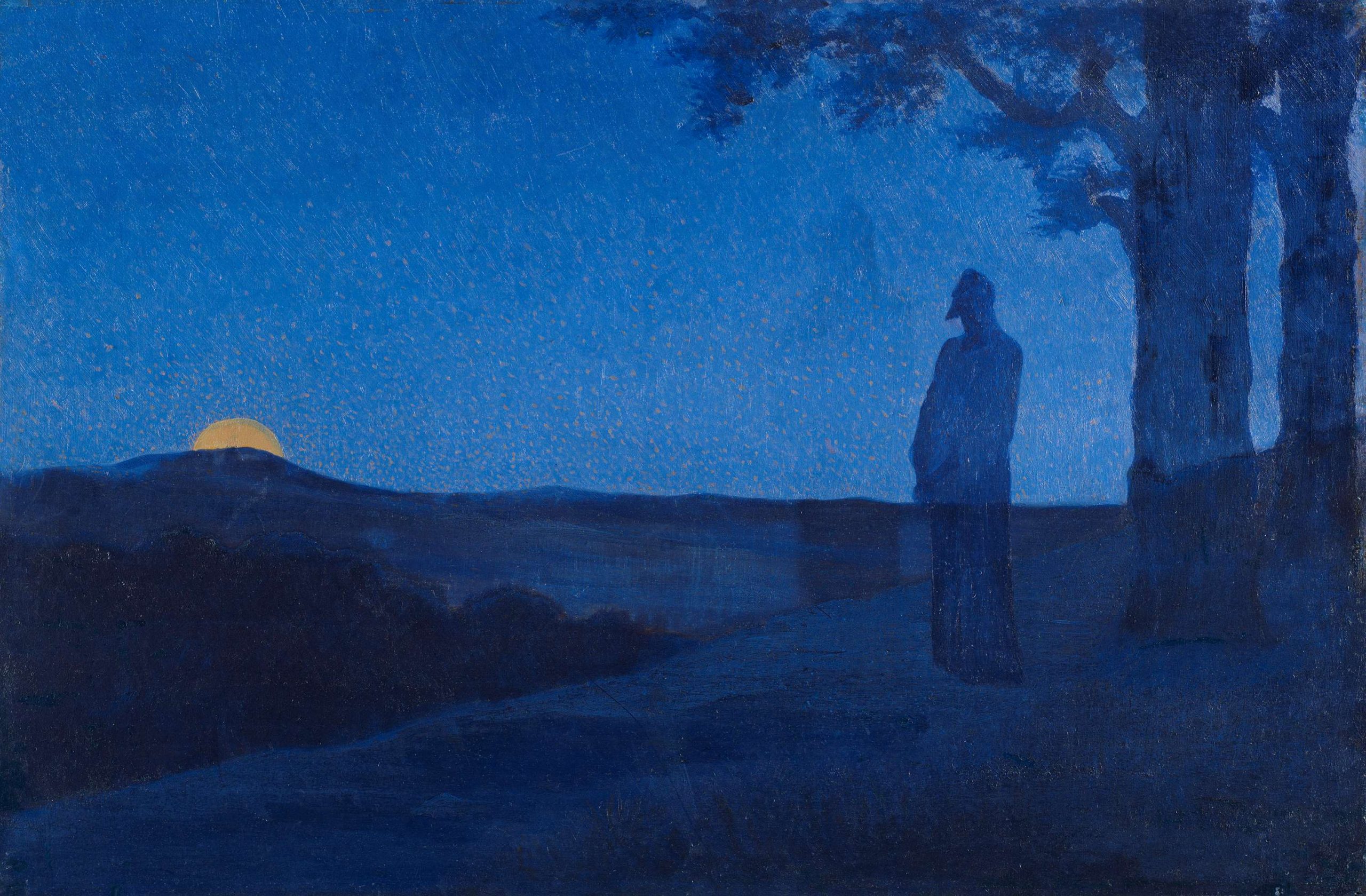 There are no fixed environmental criteria for loneliness to occur. It can happen anywhere, even in social settings, family gatherings, and in the presence of a spouse. We can feel alone in large groups of people, but the experience of loneliness can be totally absent when we’re in solitude.

Nevertheless, there’s a body of research that suggests that humans are social animals and relationships are vital.

The Austrian-American psychoanalyst René Spitz, for example, conducted an experiment in the 1940s, which separated a group of babies from their mothers. They were then raised in an orphanage and were more or less cut off from the world. After a few years, these babies showed significant developmental issues: mentally as well as physically.

Thus, social deprivation can be highly destructive in our formative years, in which we need human closeness to develop into healthy adults. However, when we are adults, we can see all kinds of variations in regards to how people experience seclusion.

Some people seem unable to function without daily social interaction, while others can go weeks without seeing a human being, and are perfectly fine.

Still, we cannot ignore that many studies show us that people with lots of social connections are, in general, happier. And looking at human behavior on the whole, we could say that, from a default position, we always tend to look for connection with fellow humans.

Thus, it seems that the desire for social social interaction, in one form or another, is ingrained in human nature through all stages of life.

However, there’s more to loneliness than an inborn need for connection (or the lack thereof).

The intellectual side of loneliness is often overlooked: meaning that we hardly realize that loneliness stems, for a great part, from how we think.

This video explores different views on how to deal with loneliness and proposes possible antidotes based on ancient philosophy.

We all need social interaction to some extent, which in the current age, is increasingly provided by technology. ‘Modern hermit life’ often goes hand-in-hand with online social networks. Thus, not everyone who’s secluded is deprived of social interaction.

Unfortunately, this portal to the world – also known as the internet – isn’t a guarantee that our experience of loneliness will be reduced. This could be because of the quality of social interaction, and perhaps the lack of physical contact like hugging, shaking hands, or touching one another during a conversation.

But the funny thing is, that having a large group of friends, that meets each other in person every week, or having a ‘full house’ (that is: a spouse, 2.3 kids, and a pet) doesn’t guarantee that our experience of loneliness will be reduced either.

Sometimes, even the opposite is the case, as actor Robin Williams stated before he passed away:

By observing human behavior, it becomes clear that the experience of loneliness may be evoked by but is not dependent on external circumstances. The sages of old noticed this.

A primary example is the Buddha, who saw loneliness as a form of discontent with the present moment. Thus, loneliness comes from the idea that something is ‘lacking’. But when we think that there’s something lacking, is there really?

Depending on one’s perspective, we could say that in most instances there’s nothing lacking at all.

The intellectual side of loneliness, however, is that we are encumbered with ideas about how life should be. Conformable to social norms, we believe that we need a certain amount of friends and a certain frequency of social interaction to be a complete and (quote on quote) “normal” human being.

Through movies, television series, and social media, we have created an ideal image of how our social lives should be. We see these fun and interesting friendships, that are all polka dots and moonbeams, or these gatherings of couples in perfect marriages exclusively consisting of happy shiny people, with permanent smiles on their faces.

And then, after being exposed repeatedly by these distorted views of reality, we might look at our own existence, and conclude that our lives are severely lacking.

In our reality, we might not have these great friendships, or we’re in unhappy and unsatisfying marriages, and, as opposed to everyone else, we feel utterly lonely because of that.

Thus, we feel lonely because we don’t conform to a certain ideal, despite the possibility that our true social needs could be completely unconventional.

But from a Buddhist point of view, the pain of loneliness comes from clinging. We might cling to past experiences, or to our hopes for the future, and to our beliefs about how the present should be. One might think: “I shouldn’t be sitting at home alone on a Saturday night”.

He who clings to nothing of the past, present, and future, who has no attachment and holds on to nothing – him do I call a holy man.

From a Buddhist point of view, happiness is a state of mind, which isn’t defined by the relationships we have. Therefore, we might want to alter some deeply ingrained beliefs about life. For example: being alone doesn’t mean that we can’t enjoy ourselves. Or: not having friends doesn’t mean that we are incomplete, or that we can’t enjoy ourselves.

Happiness is defined by the position we take toward the present. This means that through the acceptance of what is, we can experience the cessation of loneliness, and even start to enjoy our solitude. Knowing that our thoughts and emotions are changeable, and the eternal present is not, we could make way for a different attitude toward solitude. As the Buddha stated:

The Stoics make a distinction between ‘being alone’ and ‘forlornness’ (also called ‘eremia’).

Forlornness can be compared to what we call loneliness, although it’s slightly different, as forlornness is a state of being ‘lost’ or ‘forsaken’. To a certain extent, this is what we feel when we’re lonely: we could be surrounded by life, and still feel intensely alone, as if we’re separated from everything.

Epictetus argued that being alone isn’t enough to make one forlorn. Otherwise, so he states in one of his lectures, Zeus himself would be forlorn as well, before he created the world, and that people who believe that Zeus was indeed feeling lonely, simply cannot comprehend a mode of life in which one goes alone.

Epictetus states that spending time alone is also part of life and that we shouldn’t shut the door to this experience.

We’re not in control of our circumstances, which means that we cannot rely on the entertainment that others give us.

External factors are fickle, and so are social connections. One day we may be surrounded by friends that provide us with the joys of companionship. Another day, we may be on our own. And when we don’t know how to be in our own company, we’ll surely be confronted with feelings of loneliness.

Instead, we better learn to be alone, to create a bond with ourselves, to appreciate ourselves, and to enjoy our own presence. As Jean-Paul Sartre once stated: “If you are lonely when you are alone, you are in bad company.”

When we’re happy by ourselves, we don’t need other people to keep us company, so we become more independent of outside circumstances. Socializing, then, becomes optional rather than necessary.

Now, let’s see what possible antidotes we can distill from this information.

The Buddha saw loneliness as a form of discontent with the present moment, as there’s something happening (or not happening) that we don’t agree with. We cling to our beliefs of how life is supposed to be, and because our beliefs our not in agreement with reality, we suffer.

The Buddhist way to overcome this is changing the way we think about the situation we’re in; that being alone is neither good nor bad; it’s just the way it is. Our happiness doesn’t rely on external circumstances, but on how we position ourselves toward them.

Thus, an antidote we could distill from this would be, in short: to change our position toward loneliness.

The Stoic philosopher Epictetus observed that people have difficulties with solitude, and many of them can’t even imagine a mode of life in which one functions alone. But, for most of us, it’s inevitable that, at some point in our lives, we spend a period of time alone.

Thus, according to Epictetus, we should learn to develop a positive relationship with ourselves, so we can get through these periods with ease. Moreover, the ability to be alone and run our own affairs makes us more independent of other people, so we become less needy for their attention, validation, and approval as well.

An antidote we could distill from this would be: to become self-sufficient so we don’t need people to be happy and content.

As moments of communion come and go, and Fortune gives us what She wants us to give, whenever She wants to give it, we will only hurt ourselves when we strongly desire for companionship, when it’s not available.

To conclude this video, let’s briefly explore another piece of advice from Epictetus that’s relevant to this topic, which is: the temperance of our desires, and only wishing for what Fortune has in store for us.

When we are restlessly sitting at home by ourselves, suffering because we’re in a state of lack, we could also choose to not reach out to people hoping that they’ll fill our emptiness.

Instead, we could find contentment in our solitude, while still being open for social interaction if this happens to occur. In this way, we align our desires with the natural course of things.

Remember that you must behave in life as at a dinner party. Is anything brought around to you? Put out your hand and take your share with moderation. Does it pass by you? Don’t stop it. Is it not yet come? Don’t stretch your desire towards it, but wait till it reaches you. Do this with regard to children, to a wife, to public posts, to riches, and you will eventually be a worthy partner of the feasts of the gods.