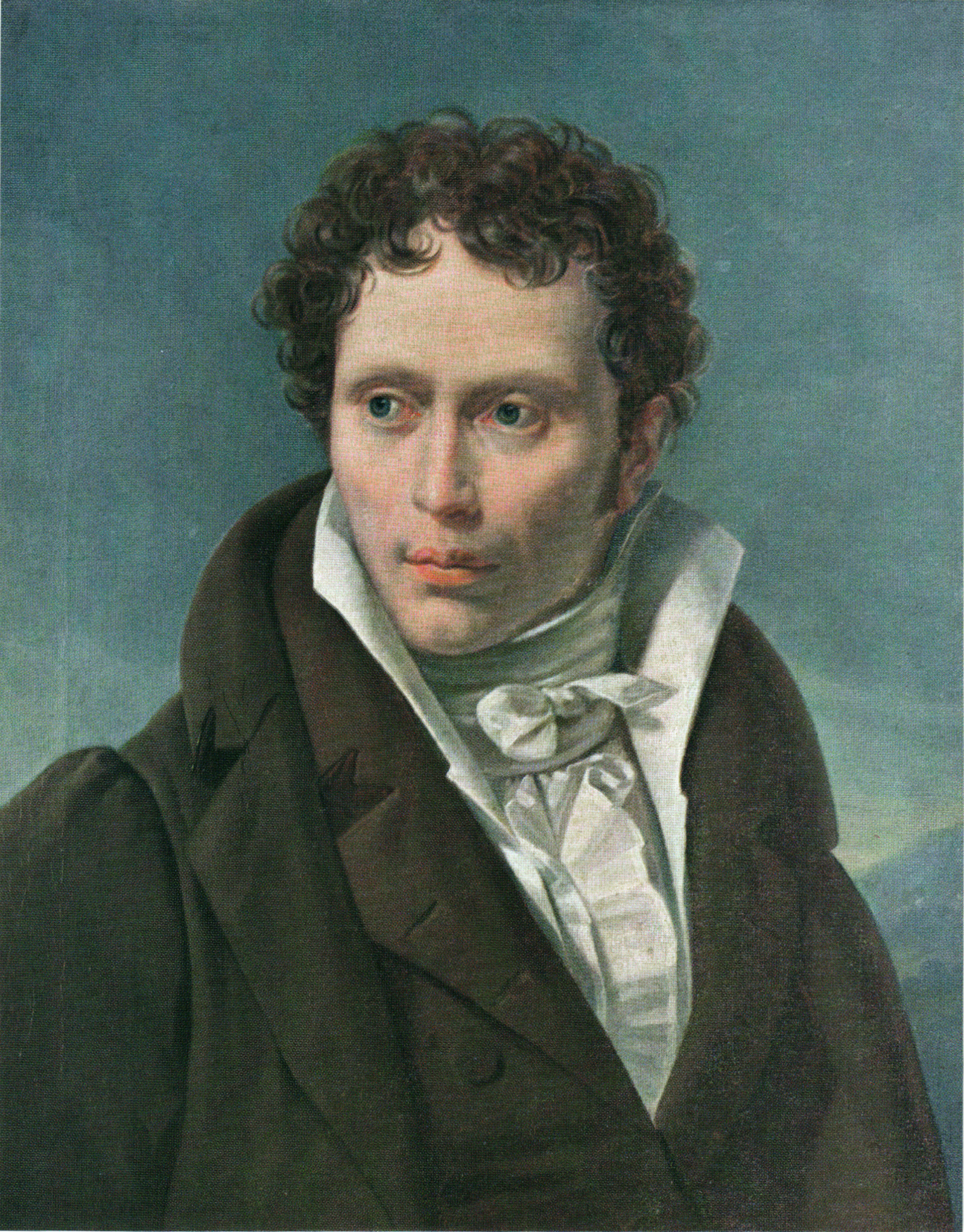 The nineteenth-century German philosopher Arthur Schopenhauer observed that nature is driven by an all-encompassing force, which he called Will, or more specifically, the Will-To-Live. This force is unconscious, aimless, and blind, and gives rise to an insatiable striving within human beings. We live our lives grasping, craving, and attaching ourselves to external things, and we feed on other living organisms to perpetuate our own existence, all of which is a manifestation of Will.

Thus, the will lies at the root of suffering, as our never-ending hunger (and our inability to satiate it) results in an ongoing pursuit of pleasure that never, ever satisfies in the long run. To cope with the misery of life, Schopenhauer took the effort to construct a philosophy to help us attain a state of happiness, which may seem a bit strange as he’s such a pessimistic thinker. But similar to a philosopher and spiritual teacher that lived about 2,500 years ago named the Buddha, Schopenhauer rigorously examined and endured the illnesses of existence before he came up with a cure.

After his death, Schopenhauer left us with an unfinished manuscript titled “Die Kunst, glücklich zu sein,” which can be translated as “The art of being happy”, and contains fifty rules for life. This video is based on the fifty rules by Arthur Schopenhauer, and explores how we can reduce the pain of life.

Arthur Schopenhauer is widely considered an unhappy philosopher who looked at the world through a lens of disenchanting pessimism. Reading his writings, it indeed becomes clear that he didn’t sugarcoat existence, but sought to create a world image that resembles reality; no matter how painful, harsh, and ugly this reality could be. But his focus on the misery of life was actually the key to understanding how we can escape it.

I have reminded the reader that every state of welfare, every feeling of satisfaction, is negative in its character; that is to say, it consists in freedom from pain, which is the positive element of existence. It follows, therefore, that the happiness of any given life is to be measured, not by its joys and pleasures, but by the extent to which it has been free from suffering – from positive evil.

Arthur Schopenhauer, Studies in Pessimism, On the Sufferings of the World

This pain of dissatisfaction is what characterizes life; as pleasure in itself, or happiness of that matter, is nothing more than a temporary release from pain. Therefore, pain is positive, as it can be added and subtracted, while happiness is negative as it’s simply the absence of pain. If this idea sounds familiar, you’re probably acquainted with the teachings of the Buddha, which contain some similarities. So, it’s not a surprise that Schopenhauer studied Buddhist teachings, as well as Hindu texts like the Upanishads.

According to Schopenhauer’s metaphysics, we don’t see the world objectively, but as representations of it, created by our own minds. This means that there’s no object without a subject, and everything we see are mere perceptions, and not the things-in-themselves. This metaphysical reality that Schopenhauer sketches (which is based on the works of Immanuel Kant) can be confusing and liberating at the same time. It’s confusing because there’s apparently no objective experience, as the reality of things we perceive is generated by the mind, meaning that what we observe is never what it actually is. But it’s also liberating, as we, ourselves, can choose to see the world in a different light. If we look close enough, we’ll find out that it’s not the external things that influence us, but how we perceive them. Knowing this means that we can change our relationship with what’s outside of us and liberate ourselves from the enslavement of the will and the world. But how?

The most effective option that Schopenhauer presents us is asceticism. By engaging in sense-restraint we can subdue the will by weakening our desire for external things. The denial of the will entails that we deny what the will naturally instills in us. So, we turn our backs on pleasure and renounce the external world.

However, asceticism is not for everyone. There’s only a small percentage of people that engage in asceticism and manage to free themselves from suffering entirely; a state that’s referred to as enlightenment in Buddhism. So, even though the complete freedom of pain is an option, it’s probably more realistic to focus on ways to reduce pain, and make life more bearable, and even enjoyable.

The illusion of happiness

So, how can we be happy when life is so painful? Schopenhauer created his fifty rules for the (quote on quote) ‘normal person’ as opposed to the ascetic. He states that when pursuing happiness, we shouldn’t tend to a Stoic ‘ascetic’ attitude nor Machiavellianism. In regards to the first way, he believed that the will-to-live is too strong in the normal person to find happiness through detachment and austerity. In regards to the second way, he believed that happiness shouldn’t be pursued at the cost of other people. His view of happiness for the average Joe lies between these two extremes, which he calls eudaimonia – a word that’s used in Stoic philosophy for describing a state of flourishing, virtue, and living in accordance with nature.

For Schopenhauer, eudaimonia has a different meaning. He sees the eudaimonic life as an existence which, after close examination, is clearly preferable to non-existence. Or simply put: a happy life is a life that’s more enjoyable than death. He states that the normal non-ascetic person will never be able to attain complete happiness, but, instead, should aim for a condition that’s less painful. Now, how can we do this?

The key to Schopenhauer’s philosophy of happiness we find in the first lesson of his book, in which he states that we should let go of our entitlements to all kinds of happiness and pleasure, and focus on the reduction of pain. Sure, such an attitude isn’t very romantic, but it’s a realistic and fairly easy way to deal with this terrible tragedy called life.

Schopenhauer wrote that young people in particular believe that the world is there to be enjoyed, which is hardly the case. It’s a false belief that’s still present among the younger generations, which used to be nurtured by novels and poems (in the time of Schopenhauer) and currently by movies and television series. It’s the myth of a satisfying positive happiness that’s so ingrained in the common narrative. But chasing an illusion will only lead to the reality of positive unhappiness: the only thing that’s real. If we follow this logic, the first thing that must be done is to quit chasing the illusion and start pursuing what can be pursued, thus, minimizing the pain of life. As Schopenhauer stated and I quote: “The safest way of not being very miserable is not to expect to be very happy.” End quote. And that’s so beautiful about getting older: we’ve become wise enough to give up the pursuit of happiness that made us miserable in our younger years. As we fear the suffering we’ve previously endured, we’re now focused on minimizing pain.

Schopenhauer argued that it’s better to live life without too much suffering than with the biggest joys. It’s no secret that many celebrities who have access to the greatest of pleasures (that aren’t available to the masses) are very troubled and unhappy individuals. So, despite of eating the most expensive food, living in a huge villa with a swimming pool, being adored by so many people, they still experience pain that’s severe enough to arouse addiction to substances, depression, and even suicide. Unfortunately, our culture doesn’t only present these lifestyles as ideal – not having all these great joys and pleasures is often seen as a failure, and the idea of having failed can make us miserable as well. Thus people are miserable because they failed to attain misery. Isn’t that ironic? The wise, according to Schopenhauer, wouldn’t even bother to pursue such an existence. Instead they avoid the sufferings of life. And if they happen to miss out on pleasure there’s nothing lost, as pleasure is an illusion anyway.

Now, how can we set up our lives in a way that we reduce pain as much as possible? Well, pain is caused by many different things. According to Schopenhauer, these things either correspond with how we see ourselves, or how we see the world. For example, when we’re unrealistic about our own qualities, we’re likely to suffer. That’s why Schopenhauer stated that we should know ourselves inside out, in order to determine what our strengths and weaknesses are. If we use and develop the abilities which we are naturally good at, we rarely experience the pain that arises when we’re reminded of our weaknesses.

Another example is when Schopenhauer argues that it’s not about what we have, but what we are. He emphasizes that ‘the way we feel’ is what matters. Health and cheerfulness are more important than fame and wealth. “The healthy bum is happier than a sick king”, he concluded. So, it’s wise to choose health over everything else, and always welcome cheerfulness as this decides how you feel in the present moment.

Even though Schopenhauer doesn’t recommend asceticism, he does present a form of healthy indifference towards people, stuff, and status. He frequently quotes ancient Greek philosopher Epicurus, and his system of pleasure, which seems a decent starting point if we seek to minimize pain. In short, we must focus on our basic needs that are easy to fulfill, and naturally satiable, like eating and drinking, and we must avoid the pursuit of fame and extreme wealth, as these are impossible to satisfy and difficult to attain, and also easy to lose, which translates to suffering.

We could say that Schopenhauer leads us to the golden middle path: not striving for ‘illusory happiness’, but not engaging into self denial either: choosing pleasures that cost us zero to minimal pain, while avoiding pleasures that we have to suffer for to obtain, and generate pain when we lose them. Also, we should always put our mental and physical health first. Because when we feel good inside, the outside, no matter how bleak, is much easier to bear.