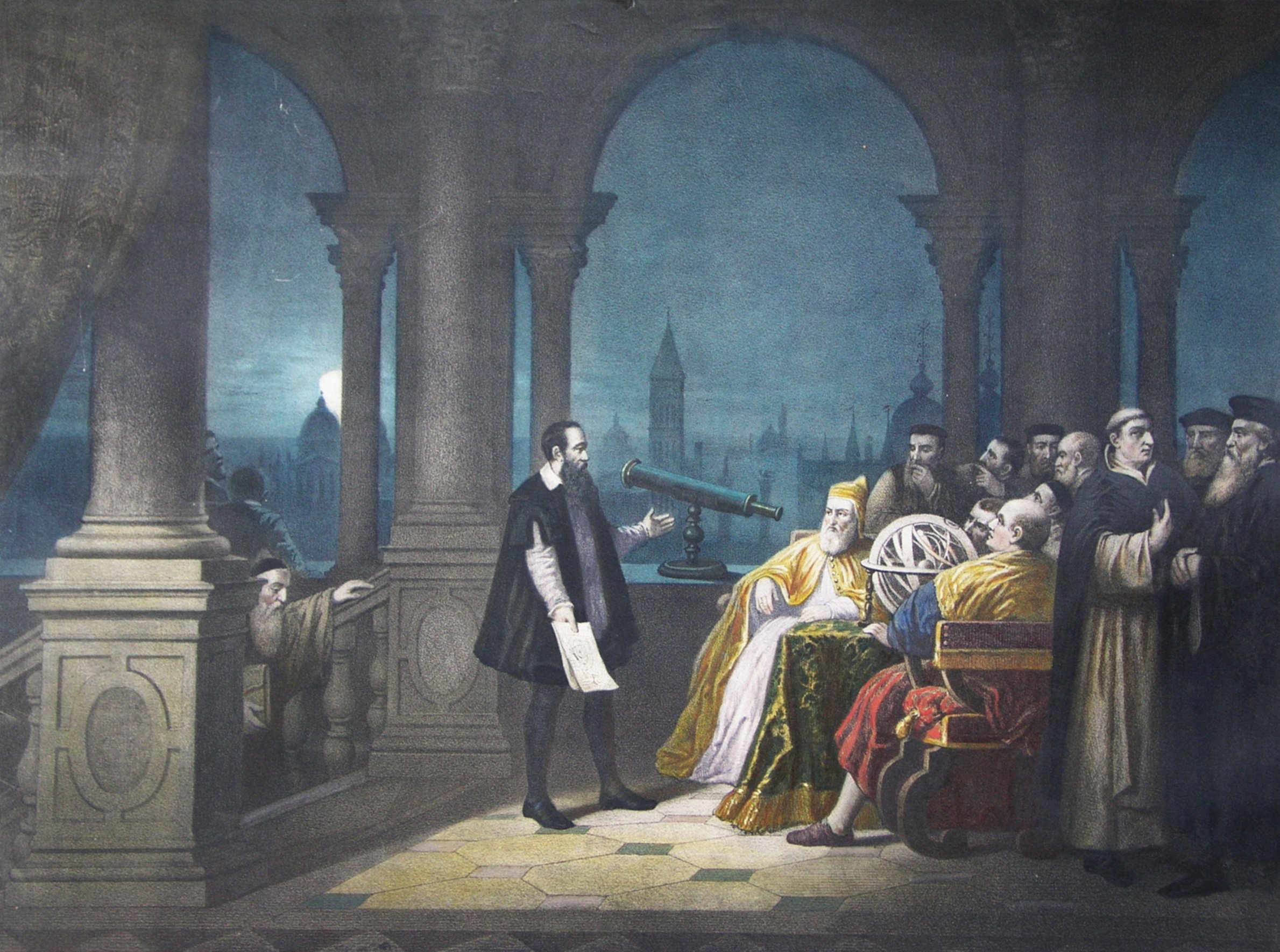 There’s this human tendency to find explanations for the things that we don’t understand. This tendency has been the birthplace of folklore and creation stories that are the cornerstones of many religions. Imagine living in the tribal age, gazing at the stars on a clear night, illuminated by the light of a full moon. How mysterious the world must be, without the knowledge of celestial bodies that we have now. How unexplainable life must be, without any understanding of evolution.

The quest for answers has propelled us into exploration, science, and technological advancements that have dragged prehistoric humans from caves into offices. We know more about the environment and the history of terrestrial life than ever before. And with a manned mission to a neighboring planet in the near future, we are ready to enter new territory.

But despite a vast and growing understanding of the cosmos, there are still so many things that we don’t have a clue about. Things like the existence of God and the secrets that hide in the endless blackness that surrounds us. Who are we? Who started this? Why are we here? Do we, perhaps, live in a simulation? Like many things that we simply don’t know, questions like these irritate people, as human beings tend to be restless in the face of chaos.

For some reason, we must have answers, and if we don’t, we’re willing to construct them ourselves, often based on very simplistic, incomplete ideas, or even downright nonsense. Thus we’re willing to commit philosophical suicide, just to get one more riddle out of the way. There are even wars fought, in which people die to defend their ideas, which makes it seem that, for humans, a light in the darkness of mystery is worth dying for.

Humans are on an ongoing crusade for truth, a holy war against the unknown, in pursuit of unraveling the mysteries of life. Unfortunately for us, the mystery will always prevail, and any attempt to understand everything will leave us confused. But what if we are okay with mystery? What if we accept, and even appreciate, that for the most part, existence will remain a mystery to us? What if we trust the unknown instead of fearing it? This video explores the beauty of what we just don’t know.

The nature of mystery and limitations of understanding

The human pursuit of creating understanding out of the unknown takes place on many levels. Existentially, for example, humankind, across all cultures and continents, has always concerned itself with the origins of our species and the meaning of life.

One of the oldest creation myths that we know is called The Eridu Genesis, created by the Sumerians. Sumer was an ancient civilization in the region between the Euphrates and the Tigris. The surviving portion of the tablet on which their creation myth was written, tells the story of how the gods An, Enlil, Enki, and Ninhursanga created their people. It also tells about a flood that the gods sent to destroy mankind, and how the god Enki warned the Sumerian king Ziusudra to build a large boat. We see many similarities between these stories across different cultures and an overall trend to use symbols and archetypes to make sense out of mystery and ease the wound of ‘not knowing’.

Mystery manifests itself in many ways. Take, for example, the riddles of the past and future. Even though what’s happened in the past cannot be changed, we’ll always be guessing what happened exactly. First of all, it’s because our experience of past events is limited. We’ve only observed it through our own senses. Sure, we can complement our own stories with the experiences of other people, but their experiences are limited as well, and won’t recreate the past as it truly was. Moreover, people’s memories tend to be distorted, subjective, and erode when time passes. So, at the end of the day, the past, at least how we perceive it in the present, is flawed. It’s a collection of memories and recordings that might be extensive but are always subject to the mystery of what we didn’t catch on to.

The future is even more mysterious, as we simply don’t know what’s going to happen next. Looking at the human fixation on prognoses and projections, especially in areas like the stock market, it seems that we’re obsessed with clarifying the unknown of what lies ahead. We’re even willing to spend money on people who claim to have the ability of foresight. We also love the ideas of prophetic dreams, hunches, destiny; believing that we have at least some control, some certainty, some insight about the time to come.

Many predictions are based on the present, which is the most reliable source of knowledge, as we’re living in it right now. However, there’s no way, at least not for a human, to comprehend everything that happens in this moment. For every answer, thousands of new questions arise, and before we know it we’ve fallen into the trap of analysis paralysis.

Therefore, the present, even though it’s accessible, is still utterly elusive. We don’t know what other people think, we don’t know what’s happening lightyears from here, we don’t know what lies beyond the visible universe, and what exactly keeps all of this going. Thus it’s understandable that devoid of ultimate knowledge, people are very industrious when it comes to making life (as well as death) as certain as possible, so it becomes more bearable. This human will to certainty, however, creates problems.

The problems with the human desire for understanding

The same way people fight for land and resources, they fight for truth. This isn’t strange, because, with chaos all around us, there’s a huge demand for clarity. Those who have the truth, have power, as people follow the ones that can provide them relief from uncertainty. Many of these ideas that supposedly explain the unknown are turned sacred: they become unquestionable. This is the definition of dogma. The phenomenon of dogma is not limited to religion; we can also see this with die-hard atheists, or people that strongly believe in conspiracy theories. And it’s also to be found in science. This approach to reality can lead to conflict. It’s our truth versus their truth, like dogs fighting over an invisible bone.

For ourselves, the attachment to certain beliefs can be very limiting. So, just to ease the pain that comes from the inability to deal with meaninglessness and ambiguity, people adopt explanations, from simple theories to complete belief systems. Convinced of their ideologies they walk the earth with certainty, as they know the truth. But no matter what truth we adopt, there always seems to be evidence that the ideas we embrace aren’t foolproof. This means that we must remain steadfast in our convictions even when the world around us proves us wrong. Such an attitude makes us rigid; closed off from what’s truly going on as well as new experiences.

On the other hand, if we try to understand too much, we might get stuck in the act of accumulating knowledge. As opposed to the dogmatic individual, the uncertainty combined with a persistent dissatisfaction with possible answers keeps us from making a move. We’ve become unwilling to face chaos without complete knowledge of it; something that’s unattainable, yet necessary if we wish for certainty.

The value of faith and trust

So, what if we decide to stop pushing this Sisyphean rock uphill? What if we cease to try to understand it all, to predict what’s going to happen, to answer all questions simply to shield ourselves from this terrifying abyss of the unknown? How can we be okay with ‘not knowing’, and, thus, navigate through life confidently without needing an intellectual safety net?

Well, there’s something to be said for the way religious people approach uncertainty. Even though many solve the philosophical problems with a belief system, they’ve at least developed this ability called faith. The beauty of faith is the acknowledgment that reason and logic can only bring us so far. By having faith, we accept that beyond the frontiers of our understanding, we simply don’t know. And that despite the mystery of it all, we start walking, boldly, knowing that everything is possible.

True faith, in my opinion, means that we stop asking questions, and just make a move towards the darkness, holding the torch of complete trust. Instead of staring anxiously into the abyss, we roll the hard six, and jump right into it. We decide to be okay with mystery, and thus, we make an agreement with the unknown, which is what trust fundamentally is. We stop hiding from it, we stop doubting. We confront it with our heads held high; open to whatever it reveals to us. This way we free ourselves from an endless, vain, depressing pursuit, and enjoy the beauty of what we just don’t know.