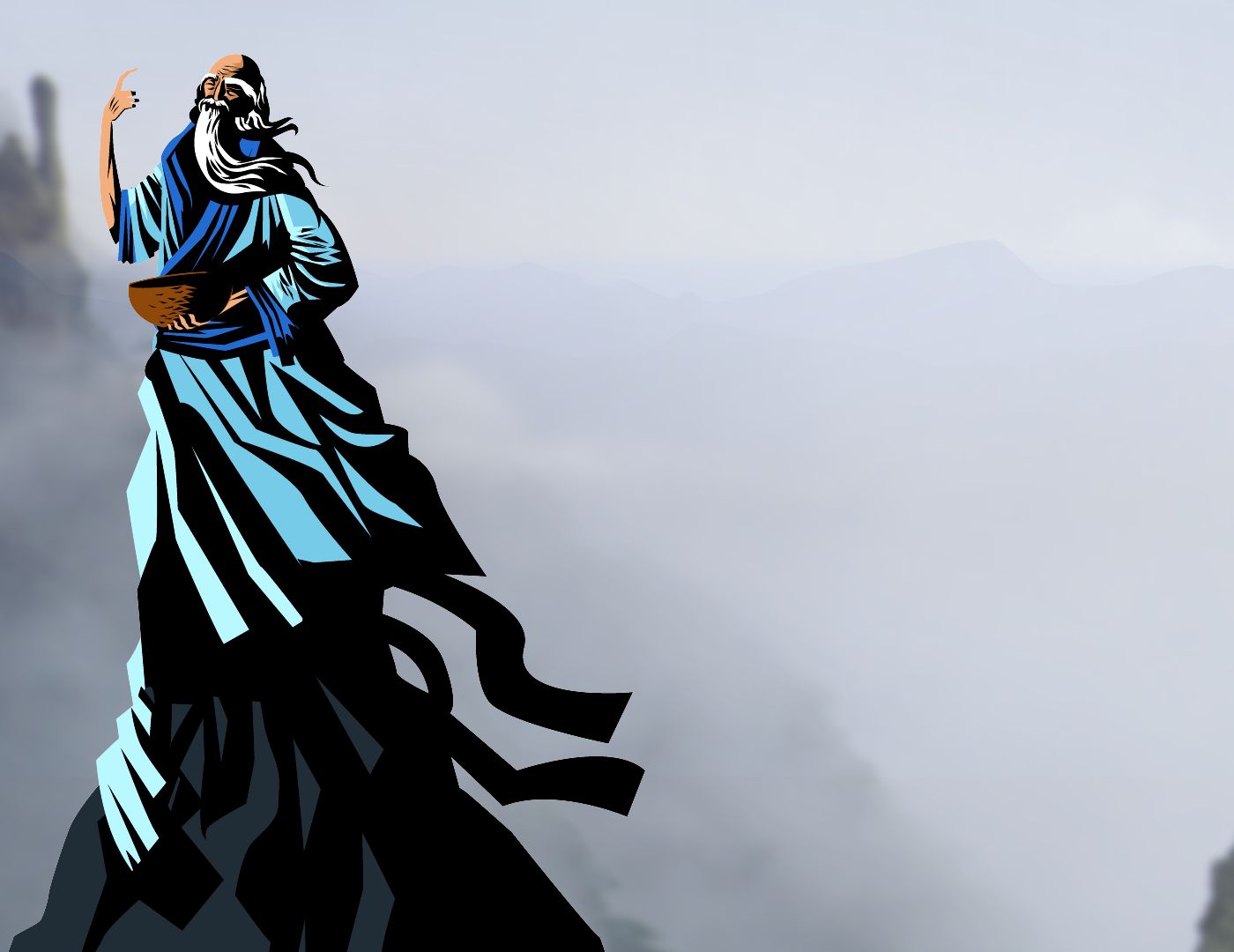 Taoism is an ancient Chinese mystical, philosophical, and religious tradition that emphasizes living in agreement with the Tao. The main work in Taoism is the Tao Te Ching created by a mysterious author called Lao Tzu, which contains profound wisdom and insights. But there are more ancient works that define Taoism like Zhuangzi and Liezi.

It can be difficult to make sense out of the poetry, parables, anecdotes, and other forms of writing that Taoist scriptures have to offer. Nevertheless, we can find a lot of value in them. In this video, I’d like to discuss some Taoist wisdom for inner peace.

Taoism contains a philosophy that almost directly opposes today’s culture. We’re all about “work hard, play hard”, being proactive, unlocking your full potential, achieving social status, which often goes hand-in-hand with stretching ourselves beyond our capacities.

This doesn’t mean that accomplishment is evil. A certain degree of accomplishment is necessary for survival and lies at the basis of civilization. But, the Taoists highlight that there are alternative ways to live our lives; ways that are less burdened but less glamorous too. This all comes down to living more in tune with the Tao; the all-encompassing and thriving force behind the universe.

Here are four pieces of wisdom that might bring us closer to the Tao.

1) Don’t stand on your tiptoes.

In current culture, we’re likely to overstretch ourselves in order to achieve our goals. Oftentimes, we rush, exaggerate our achievements, lie, boast about our abilities, and push too hard. The problem with this behavior is that we often lack the foundation to do what we want to do, which results in a very unstable position.

Those who stand on tiptoes do not stand firmly. Those who rush ahead don’t get very far. Those who try to outshine others dim their own light. Those who call themselves righteous can’t know how wrong they are. Those who boast of their accomplishments diminish the things they have done.

So, it’s better that we don’t rush into tasks, don’t buy things that we can’t afford, don’t lie about our abilities, and don’t show ourselves off all the time. Because if we do, we put ourselves in an extremely vulnerable and stressful position. This doesn’t mean that we shouldn’t go out and accomplish things; it’s just that we do so in a manner that’s sustainable and within our true capacities.

As a follow up to ‘not standing on our tiptoes’, it could be very beneficial to realize that softness is a way to overcome the greatest of tasks. Here is what Lao Tzu wrote about this and I quote:

Water is the softest and most yielding substance. Yet nothing is better than water, for overcoming the hard and rigid, because nothing can compete with it.

We can interpret this in many ways.

When we look at how water has carved out mountains and rocks on our planet, we could say that repeating the same acts of softness over and over again will eventually overcome the hard. If we put emphasis on small tasks and efforts, these eventually add up into one big undertaking. This is the power of discipline, which means that we do the same things over and over again to achieve something big.

A great factor in this process is the virtue of patience, which is also a form of softness, in which we simply accept the slowness of a natural process. Another factor is the willingness to let go, so the universe can manifest itself. We can see this with planting a tree for example; we can’t will the tree into growth. We can only water it and let nature do the rest.

Being soft also means being flexible. People that are too hard and brittle cannot adapt to new situations easily and are often subdued to external circumstances. When we’re flexible like water, we can adapt to these circumstances. When a rock breaks off from a mountain by an earthquake, the fall pulverizes it. Water, on the other hand, will just find another way to flow.

Our society expects us to be useful. We’re more appreciated when we’re intelligent, diligent, good-looking, et cetera. Being useless doesn’t get us any respect, and is even seen as a vice. Even the Stoics think that living virtuously includes being useful for the community. But the Taoists, as rebellious as they are, go against the grain by saying that uselessness is actually very useful. In the case of the tree, uselessness led to its preservation. When it comes to humans, we’ll see that when we don’t possess many desirable traits, we’re often saved from a lot of trouble. So, if you aren’t very gifted: don’t sweat over it. Instead, be happy, because gifted people are often the first ones that get exploited.

4) Don’t strive but flow along.

Zhuangzi observed that striving for external things is the same as striving for an illusion. Wealth doesn’t buy happiness and it certainly doesn’t buy inner peace. On the contrary: being too much encumbered by possessions can evoke anxiety. I quote:

The ears of the rich are provided with the music of bells, drums, flageolets and flutes; and their mouths are stuffed with the flesh of fed beasts and with wine of the richest flavour; so are their desires satisfied, till they forget their proper business: theirs may be pronounced a condition of disorder. Sunk deeply in their self-sufficiency, they resemble individuals ascending a height with a heavy burden on their backs: their condition may be pronounced one of bitter suffering.

The Taoists see any kind of grasping towards externals and tightly holding on to them as unnatural. It’s not aligned with the Tao, so to say. But current society seems to completely revolve around this and, perhaps, this is one of the main reasons why so many people are on anti-depressants these days and flee in drugs and alcohol.

A healthier way would be to stop striving and let go, and when we flow along with the current of life we’ll find out that many things will come to us, and that it doesn’t take much (in a materialistic sense) to be satisfied. When a bird drinks from a pond, it only fills its belly with enough water to keep on living. Even animals in hibernation eat just enough to survive the coldness and scarcity of the winter.

By following a more natural course, we will most likely end up in places that are more in agreement with our own nature. The act of striving often blinds us to the things that already are and the possibilities that life presents and that we can simply take without effort. So, it can’t harm us to lay down the arms for a while and just experience what the universe has in store for us, instead of constantly striving for a conceptual ‘future’.