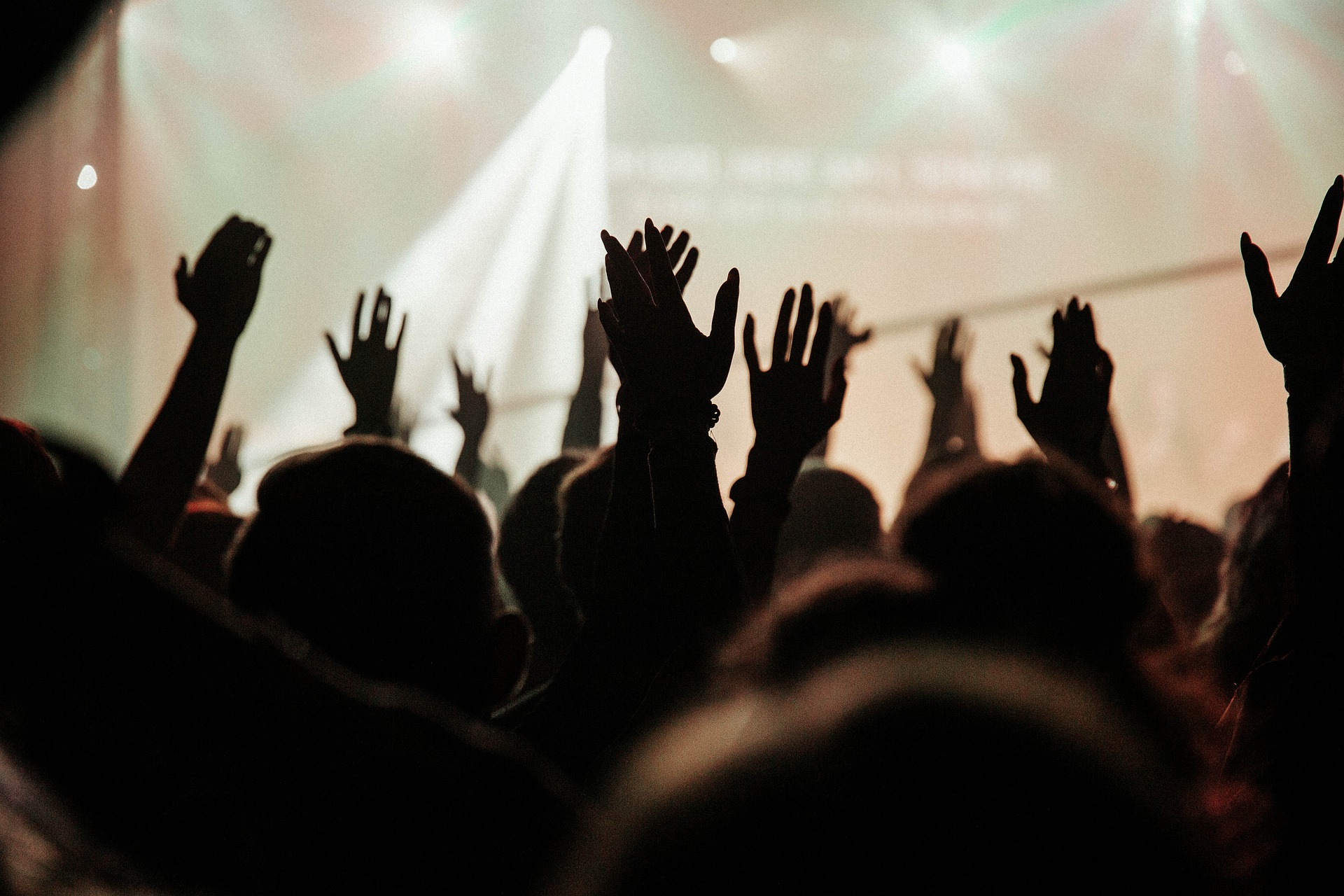 Desire can be a significant hindrance to living a purposeful and tranquil life. As soon as we want something, we fall into a state of lack, and we feel restless. And the obvious way out is to fulfill that desire so that we can feel content and happy again. A much-discussed phenomenon in the current age that arouses such restlessness and lack is the so-called fear of missing out, also abridged as FOMO. The fear of missing out occurs in many different scenarios. For example, a stock market investor fears that he’ll miss out on profits when he doesn’t invest in a specific stock at a particular moment. Another example is a college student who never misses a party because she fears that she’ll miss out on the fun.

FOMO often drives people mad. Studies show that the fear of missing out can lead to extreme dissatisfaction and can be hazardous to our mental and physical health. FOMO is associated with loneliness, depression, and anxiety. Thus, behind this trendy acronym hides a dark, devastating experience amplified through social media, which presents a neverending tsunami of snapshots of our lives’ highlights. So, where does this fear come from? What do people who suffer from FOMO actually fear? And how can we shut it down? This video essay explores the fear of missing out and presents suggestions and solutions from ancient philosophies like Stoicism and Epicureanism.

The futility of not wanting to miss out

If we look closely at the fear of missing out, we might ask ourselves the following question: are we afraid to miss out on what we think we miss out on? Or, are we afraid to experience the pain of having missed out? It seems that the very occurrence of having missed out on something lies at the center of FOMO, and not so much the thing we miss out on itself. Take, for example, the student who knows it’s better not to go to that party on the college campus because she’s broke and needs to study that weekend. Eventually, she decides to go nonetheless. And the reason is not the party itself, as it’s just a dime in a dozen; it’s the frightening idea of having missed out on something (anything!) that others have not (7). Or: that she wasn’t part of the story she shares with others, with those who also have that experience, and not being the odd one out by not having experienced it and being judged because of that.

But what if there weren’t any parties at all, perhaps due to a contagious virus? Would she then experience the fear of missing out as well? Probably not, because when there are no parties, no one attends parties, so there’s nothing to miss out on something others wouldn’t miss out on. Thus, there’s an element of comparison that seems to play a crucial part in “the fear of missing out,” which is that “I fear that I might not have what others do have. But if others don’t have it, then it’s okay for me not to have it either.” We can see this element of comparison with investors in, for example, the stock market or the more speculative and volatile crypto market. Again we could ask ourselves what the dominant aspect of their fear of missing out is. Is it just the fear of missing out on profits? Or is the fear of the painful experience of seeing everyone else making profits while you’re not?

“Comparison is the thief of joy,” American president Theodore Roosevelt once stated. The fear of missing out seems especially built on a sense of comparison; not having what others have, not being able to experience what others experience. But living life keeping up with the rest of the world is like carrying water to the sea. In reality, we miss out all the time. Modern life offers us so many choices, and there are so many things happening on this globe, that we humans, with our short life spans, miss out on almost everything. We can’t have it all. But in an age in which we don’t just have an abundance of options, but these options are also unprecedentedly visible to us through the media, we’re even more cursed with the awareness that we’ll only ever have and experience a fraction of what’s out there.

The more we desire to have everything, the more we feel we have nothing. If we don’t cease to want it all, we cannot be content, and there will always be something we fear missing out on. Instead, we might want to change our perspective regarding what we need and how important the things we desire truly are.

Human beings tend to focus on what they don’t have rather than on what they do have. In the case of FOMO, the pain of missing out is more significant than the joy of the many things we’ve not missed out on. Isn’t this human discontent an ingenious setup by nature? The dissatisfaction with what we have, and the appetite to get more, have been essential ingredients to our success as a species. But these internal drives can also have negative side effects: restlessness, displeasure, unhappiness, envy, and, yes, a fear of missing out. The ancient Greek philosopher Epicurus made clear that our desire for more goes at the expense of enjoying what we have:

A simple way to release ourselves from this desire is to shift our focus. Instead of concentrating on what we don’t have, we can look at what we do have. To make it practical: we can start counting our blessings by making a list of things we’re grateful for. Or: something we haven’t missed out on that probably outweighs the thing we fear to pass by. Yes, we might miss out on that very thing, but how terrible is that, considering what we already have experienced and accomplished? If we’ve been to ten college campus parties in a row, is it vital to attend the eleventh as well? If we made some decent profits in the past on stocks, is it a disaster if we miss the boat once or twice?

Looking at it from a different perspective

Often, in the ever-fleeting present, some event or opportunity may appear as something huge to us. But when we look back at it, we notice that its gravity decreases over time. How many of the things we deemed so necessary five years ago have lost their significance? And how much will it matter ten years from now if we miss out on what we currently fear to miss out on? We, humans, are inclined to attach ourselves to things in the present that are insignificant if we look at them from a broader perspective. The Stoic emperor Marcus Aurelius reminded himself repeatedly of the world’s impermanence and how we’re often concerned with stuff that eventually turns into smoke and dust anyway. He encourages us to watch ourselves from a different angle so we realize how insignificant we are.

To see them from above: the thousands of animal herds, the rituals, the voyages on calm or stormy seas, the different ways we come into the world, share it with one another, and leave it. Consider the lives led once by others, long ago, the lives to be led by others after you, the lives led even now, in foreign lands. How many people don’t even know your name. How many will soon have forgotten it.

By looking at the world from a cosmic point of view, we can put the things we fear missing out on in perspective. Again, attending an upcoming party may seem like the most important, meaningful thing in the world today. But ten years from now, we have likely forgotten that it ever even happened. And if that’s the case, not approaching this event in a matter of days or weeks but in a matter of years or even centuries renders it pretty frivolous. We, then, could ask ourselves: what will we truly miss?

Knowing what you’re getting yourself into

Lastly, the things we deem desirable may not be as great as we imagine them. Many of us base our future projections on (idealized) past experiences. But when we finally experience what we anticipated, chances are it disappoints us and brings about negative consequences that we had overlooked or forgotten. And when FOMO dominates our decision-making, we’ve clouded our judgment about the thing we fear missing out on. Just because everyone wants it doesn’t mean it’s a good idea. People are herd animals, which sometimes leads to us collectively chasing something that we typically consider undesirable. With enough peer pressure, we even begin to fear that we miss out on things like violence and war.

We pay the ultimate price for attending an overcrowded party, save up money for a whole year just to queue up at the airport, sit in an airplane like sardines in a can, to finally lay down on a cram-full beach. Hence, we travel the world compulsively as if we’re attending an all-you-can-eat buffet, just to flood our social media accounts with pictures showing off our extraordinary lives, but then to be disappointed by the lack of ‘likes’ we receive. Hence, we tolerate horrible hangovers again and again, in exchange for a few hours of pleasure the night before, and are exhausting ourselves by engaging in pointless conversations and faking smiles at dinner parties with people we don’t even like. Why? Well, probably, for a major part, because we want to belong.

But the need to belong comes with a price. And the more this need controls us, the more inauthentically we live our lives, and the more we waste our time on things we don’t like. Or even worse: we do things that are bad for us. Take, for example, people with a drinking problem. Problem drinkers know that it’s better to pass up the alcohol, but the fear of missing out, among other things, keeps their destructive habit intact. All those fun evenings at the pub, those drunk Saturday nights at the nightclub, who wants to miss that? But if they would contemplate the long-term consequences of their behavior in detail, then they might conclude that these far outweigh the pleasure drinking brings.

So, an effective way to shut down FOMO would be to contemplate the negative aspects of the things we fear missing out on, creating a realistic image of what we get. We could use the modern Stoic “praemeditatio malorum,” also known as the “negative visualization,” for this. When we’re struggling with FOMO, we list the negative aspects of the thing we fear missing out on. The difference is, of course, that we don’t walk out the door and engage with it anyway but wisely avoid it. And once we realize that we’ve made a good choice for ourselves in the long run, we feel better as “missing out” isn’t a tragedy but a victory.

The approach by Stoic philosopher Epictetus may be the most appropriate when it comes to keeping ourselves from indulging in mindless pleasures.

If you are struck by the appearance of any promised pleasure, guard yourself against being hurried away by it; but let the affair wait your leisure, and procure yourself some delay. Then bring to your mind both points of time: that in which you will enjoy the pleasure, and that in which you will repent and reproach yourself after you have enjoyed it; and set before you, in opposition to these, how you will be glad and applaud yourself if you abstain. And even though it should appear to you a seasonable gratification, take heed that its enticing, and agreeable and attractive force may not subdue you; but set in opposition to this how much better it is to be conscious of having gained so great a victory.