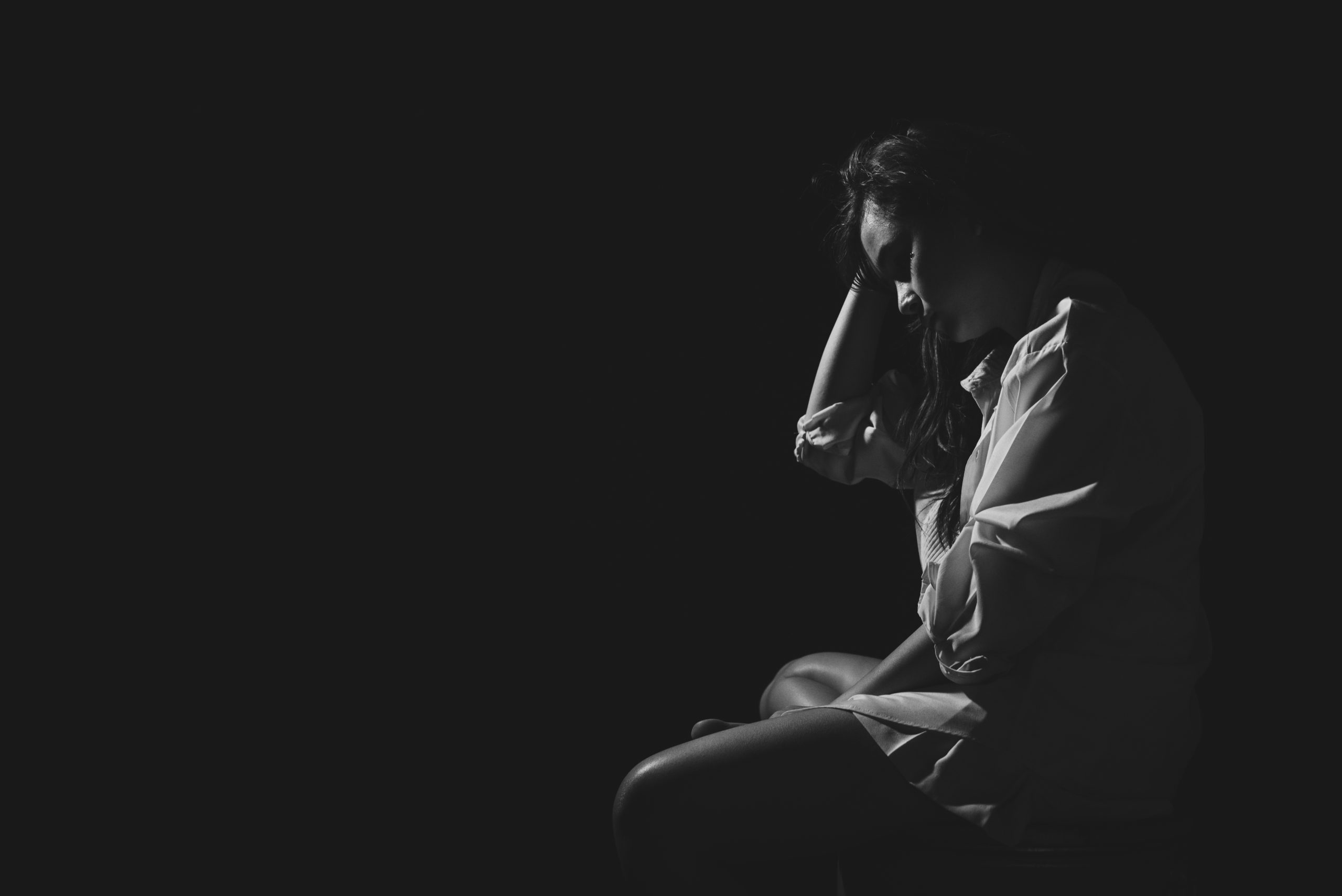 When we think of pain and suffering, we usually think about more or less the same thing. When there’s pain, there’s suffering. And we can only be free from suffering if we eliminate pain, right? Well, even though these two experiences are interconnected, pain and suffering are two fundamentally different things, as far as the Buddhists are concerned. “Pain is inevitable, but suffering is optional,” is a Buddhist saying that points to a fundamental truth of existence, which is that pain and affliction are an inherent part of life: we contract illnesses, get wounded, lose our loved ones, our possessions, our social status. But despite the hardships we encounter, the degree of suffering we generate still varies per person. The greatest misfortune hardly affects some people, while the slightest inconvenience leads other people into states of deep agony. Thus, could it be that suffering is something we can manage and doesn’t always have to result from pain?

The first noble truth of Buddhism tells us that suffering is part of living in the world and comes in many different forms like sorrow, the fear of loss, and lamentation. Most (if not all) people experience these forms of suffering at some point in their lives. The good news is that Buddhism offers a way out, as the Buddha designed his teachings to end suffering. Part of this process is the realization that the affliction by external forces is inevitable but that we can minimize further suffering. This article dives into the Buddhist view on pain and suffering and how we can suffer less even though adversity and misfortune are part of life.

An introduction to the Eight Worldly Winds

As humans, we cannot escape the impermanent nature of life. The environment changes all the time. Sometimes life provides us with wealth, and another time life takes from us everything we have. According to Buddhism, if we think that we can escape the erratic and unpredictable movements of the universe, we don’t have a clear view of reality. Clarity, thus, is where the path out of suffering starts; it’s seeing how things are, including the truth about the human condition, which is probably much bleaker than most people believe. Isn’t it so that we hold on to the illusion of self-preservation by accumulating wealth, an excessive emphasis on self-protection, and the ongoing efforts to maintain what we actually cannot control? As a culture obsessed with safety and the prevention of hardship, we may be denying a fundamental truth that the Buddha presents to us: whatever we do, we cannot escape everything falling apart. This means that despite our efforts to protect ourselves and run from things like aging, dying, disaster, and loss, we’ll incur these elements of existence nonetheless.

Buddhism refers to these inevitable changes and shifts in life as the ‘Eight Worldly Winds:’ pleasure and pain, gain and loss, praise and blame, fame and disrepute. Most people lead their lives pursuing pleasure, gain, praise, and fame but avoiding the other side of the coin. But doing this makes us playthings of our environment, rather than masters over our mental well-being. Hence, for most people, their inner tranquility depends on the whims of the universe. As the Buddha stated:

The Buddha describes the human predicament; being trapped in the wheel of suffering, living our lives in constant pursuit of what we desire, and rebellion against what we’re repulsed by. This mechanism leads to despair, as we always fear losing what we have and encountering what we avoid. But if we look closer at the reality of life, we’ll never find what we seek if we let our happiness depend on outside circumstances, as every blessing comes with a curse. In every pleasure lies the root of pain, which is that very pleasure going away, and the inability to recapture it. With gain always comes the possibility of loss. Praise can turn into blame, and with fame comes the risk of defamation. Thus, the more we attach to desirable outside circumstances, the more prone we become to their undesirable opposites.

The thing is: all these changes of circumstances are fundamentally not in our control. Whatever comes our way, comes our way. We can get wounded in traffic or stabbed by a thief in a dark alley. And even if we avoid places entirely, we can fall prey to sickness and lose what securities we have due to things like natural disasters and war. We fool ourselves if we think that we can avoid pain. Moreover, the pursuit of avoiding pain is painful in itself; as we may minimize discomfort, we still suffer the fear of encountering it.

An example is a phenomenon called social anxiety. People with social anxiety suffer an overwhelming fear of social interactions. A common way to escape this fear is to avoid social contact as much as possible. But avoidance doesn’t eradicate the fear of being in a social setting at all. It maintains it and could even worsen it. Also, we’re always worried about the possibility of social contact, which probably generates more suffering than socializing itself. Moreover, deep inside, we know that, someday, we have to meet people anyway. So by avoiding people, we’re basically hiding in a dark corner of a prison cell anxiously awaiting our execution.

Instead of running from the unavoidable, we might want to learn how to handle it, preferably even before encountering it, which Buddhist practice aims for. But how can we do this? There’s a Buddhist parable that shows how we can deal with suffering skillfully.

The Second Arrow of Suffering

Imagine you’re walking on a mountain path, and suddenly you’re hit by an arrow. Yes, the arrow hurts. Worse still, in the distance you see another arrow coming your way. Being aware of this arrow, you have a choice: will you avoid the second arrow or let it hit you? The first arrow represents the unavoidable pain that we encounter during our lives. We generally don’t see this arrow coming, and if we do, it’s not in our absolute power to stop it. Thus, tragically, it’s an affliction that we have to take as long as we’re alive. The first arrow is when you get cut off in traffic, or someone insults you, or your partner cheats on you. We can influence these things to some extent, but we can never altogether avoid them.

It’s the arrow that we might call ‘suffering’ or ‘unsatisfactoriness’ […] It accompanies all of the pain, discomforts, of that first arrow.

Imagine that you’re fired from your job, for example. You miss career opportunities, lose colleagues you might be fond of, and have to deal with financial consequences. But these are normal discomforts of life that most people experience at some point. In other words: you’re hit by the first arrow. Now, you can pull this arrow out and avoid the second one by accepting the situation and moving on. But you can also linger, let the second arrow hit you, and suffer way beyond just losing your job. By rebelling against the Eight Worldly Winds, by being outraged, depressed, and beating ourselves up, we make an unpleasant situation much worse than it already is. The same goes for anxiety. The anxiety itself is a physical sensation that we consider uncomfortable. There are countless reasons why anxiety appears. Even though it’s generally not a pleasant feeling, what makes it worse is the resistance against this anxiety.

Alan Watts compared this type of thinking to the oscillation we see in old televisions. He described it as follows, and I quote: “I am worried. And I ought not to worry. But because I can’t stop worrying, I’m worried because I worry.” End quote. So, anxiety comes and goes, which is the first arrow in this case. But when we resist it, the anxiety increases, which, in turn, we try to fight as well, and so forth, which is the second arrow.

Buddhism acknowledges the existence of suffering, but at the same time, offers a way to escape it. The antidote for suffering comes with following the Eightfold Path, which is considered the road to freedom of suffering: a state known as enlightenment. The Noble Eightfold Path is too extensive to cover in one video, and there are plenty of elaborations available if you’re interested. Instead, we’ll conclude this video with a few Buddhist ideas to help us find relief when facing the inescapable worldly winds.

Between the first arrow and the second arrow, there’s space. Within this space, we can decide what we do. Do we choose to let the second arrow hit us, or do we choose to avoid it? To avoid it, we must be aware that we have a choice. So, it starts with awareness; the awareness that the first arrow is inevitable, but the second one is optional. Emotions like anger, resentment, and discursive mental activities like excessive rumination and worry are all manifestations of the second arrow: they’re not the unfortunate event itself (i.e., the first arrow) but its consequences. Whenever we catch ourselves upset over something, we can make an effort to let go of these thoughts and emotions. If we know this, we can shift the focus from the first to the second arrow, which we can do something about. In Buddhism, meditation and mindfulness are the keys to this awareness. By watching the inner landscape, we discover what’s going on within ourselves and do the necessary work to rid ourselves of destructive mental states and avoid further suffering. We can only avoid the second arrow if we learn to see it coming.

Not clinging to an illusion

A cornerstone of Buddhist thought is the realization of impermanence. Hence, the term ‘worldly winds’ is so effective, as it illustrates the ongoing changes between pleasure and pain, gain and loss, et cetera. Nothing remains the same. As Alan Watts once stated: “change is just another word for life.” Clinging to pleasant circumstances is, therefore, a bad idea, as we’re grasping for water; as soon as we think we have it, it has already slipped through our fingers. If we demand the world to stay the same, we cling to an illusion, and we’ll be disappointed when the truth confronts us. This doesn’t mean that we can’t enjoy life. We can, as long as we see its transient nature as part of the bargain. As the Buddha stated:

The world is afflicted by death and decay. But the wise do not grieve, having realized the nature of the world.

When good times are fleeting and bad times are inevitable, why do we torture ourselves by clinging to the former and running from the latter? Why can’t we just accept that what we enjoy at the moment will soon disappear? And that no matter where we hide and how far we run, misfortune will get us no matter what? Instead of grasping or fighting the worldly winds, wouldn’t it be better if we move along with them skillfully? If we successfully sail the waves of impermanence, we’ll never go under. Well-trained sailors can keep their boats afloat even in the most aggressive, unpredictable weather conditions. So, perhaps we could say that the Buddhist teachings benefit us in transforming from helpless floaters to skillful sailors.