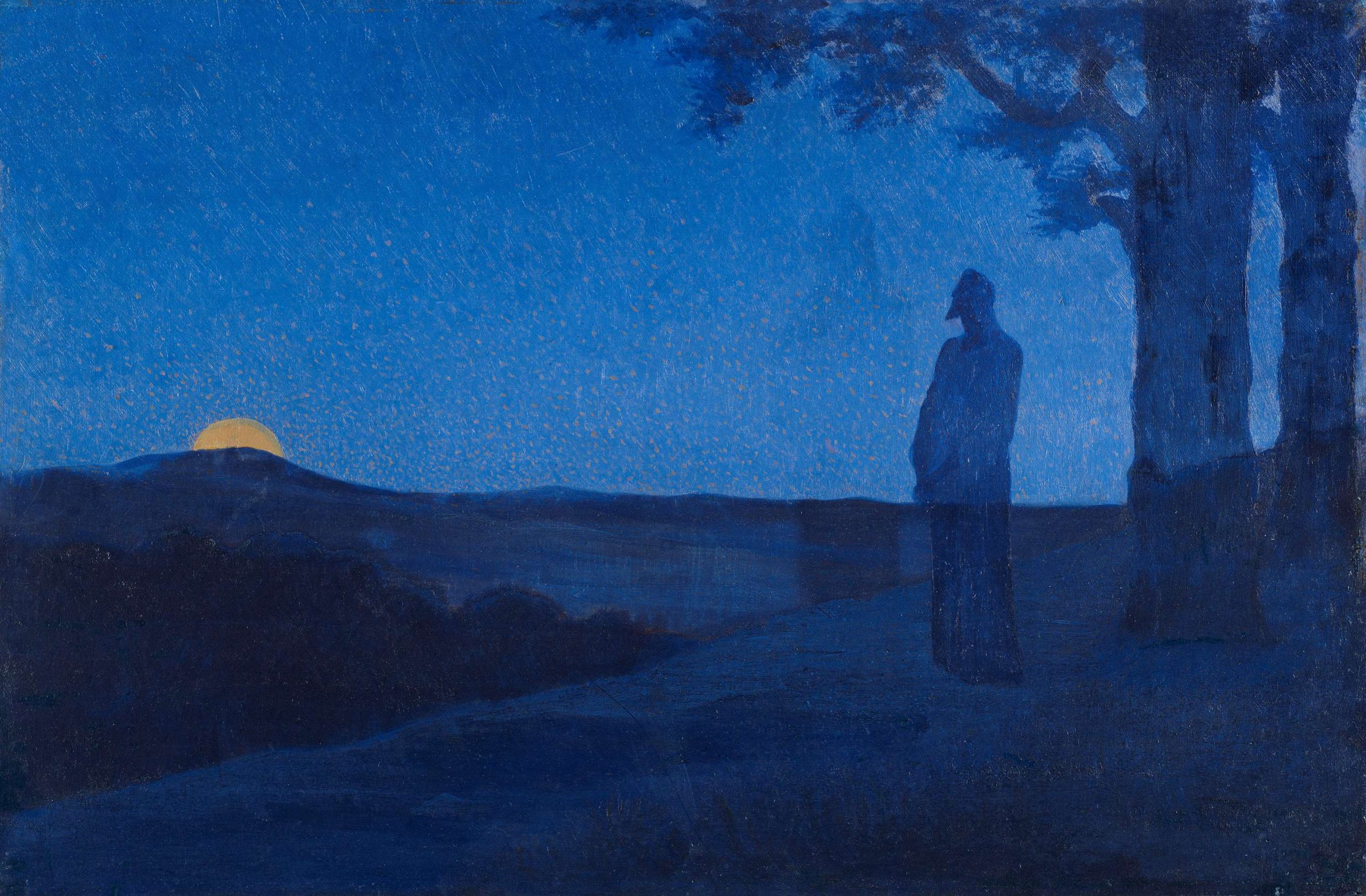 The path of nonconformity is alluring to those who don’t seek to follow the herd known as a society. Instead, they want to make unique individual choices in life, disregarding other people’s opinions and defying society’s norms. And in doing so, they follow their inner compass, their own definitions of right and wrong, and ideas of what’s desirable and undesirable. However, such a way of life could evoke resistance from one’s surroundings and lead one to become a social outcast or get in trouble with the law.

For those reasons, many people prefer to walk in line, exchanging their individuality and independence for the comfortable benefits of conventionality. Throughout history, several influential philosophers have dealt with the idea of nonconformity, often with unique viewpoints. One of the most well-known pleas in favor of nonconformity is the essay “Self-Reliance” by transcendentalist Ralph Waldo Emerson. Another interesting case for those not fitting the norm is Albert Camus’ novel The Stranger. And Nietzsche’s concept of the ‘overman’ (or Übermensch) could be considered a call to arms for breaking free from the flock and forging one’s individual path.

Being the odd one out

An interesting example of someone who refuses to conform to society’s standards is the main character of Albert Camus’ novel The Stranger (L’Étranger). The story takes place in French Algiers and tells about a man named Meursault: a true loner. Even though he fancies pretty standard things like swimming, eating, and physical intimacy, Meursault seems pretty detached. When his mother dies, he doesn’t seem to care too much about it. And the next day, he watches a comedic movie with his date: former co-worker Marie. When Marie asks him to marry him after a couple of meetings, he indifferently agrees.

The immoral and cruel Raymond, an associate of Meursault and the neighborhood’s pimp, abuses his mistress: an Arab girl. When Meursault and Raymond walk on the beach, they encounter the girl’s brother, accompanied by another Arab man. As retribution for what he’s done to his sister, the brother stabs Raymond in his arm and face. After his wounds are treated, Raymond returns to the beach with a gun. Meursault then takes the gun from Raymond and sends him home.

Meursault continues his walk on the beach alone and encounters the Arabs. When the brother flashes a knife at him, Meursault shoots him five times. In the book, written in a first-person narrative, Meursault doesn’t mention a motive for his deed, except that the heat and bright sunlight bothered him.

Meursault shows no remorse over his crime and refuses to renounce his atheism and embrace God, which evokes the disgust of the people around him. Also, when it turns out that he didn’t weep at his mother’s funeral and went to see a comedic movie the next day, people conclude he’s a cruel, coldhearted murderer. Even though he killed someone, he wasn’t as horrendous as people believed him to be, as they misunderstood his indifferent nature as a symptom of evil. At the end of the story, Meursault accepts that the universe is meaningless just before his execution, granting him a sense of freedom and inner peace.

The loner Meursault was the odd one out, defying social norms, and being unapologetically himself. He didn’t seem to follow conventional ideas of good and evil and mainly followed his impulses and feelings. He was isolated from society and human emotion. He was a non-conformist, although not necessarily by choice. He was different but didn’t feel the need to fit in. Until his death, he remained true to himself. By embracing the meaninglessness of existence, and creating purpose out of his execution (namely to enjoy it) Meursault dies heroically.

The point of the book The Stranger was not to justify murder but to show how people can condemn someone who refuses to play the game. Disapproval from the masses is often experienced by those who follow their own paths. Such disapproval can lead to ridicule, ostracism, accusation, and thus even trouble with the authorities: not just because one breaks the law, but because people tend to misinterpret those who aren’t quite like them. But is social disapproval a reason to conform? Transcendentalist philosopher Ralph Waldo Emerson doesn’t think so.

The core idea of Emerson’s essay called Self-Reliance is that, above everything else, we should trust our inner voice. Emerson argues we’re all equipped with an inborn intuition that tells us what to do and that it’s not necessary to seek guidance from other people. We just have to look at babies, young children, and even animals to see that they’re driven by a natural inclination telling them what’s wrong and right for them individually.

Emerson saw the inner voice as a divine spark or “over-soul:” the God that resides within us. In his view, self-reliance means that we follow our inner voices and place them above the voices of others. After all, a person has unique experiences that apply to that person alone, and no one else knows what it’s like to be in that person’s shoes, as the divine plan is customized to each individual. I quote:

And truly it demands something godlike in him who has cast off the common motives of humanity, and has ventured to trust himself for a taskmaster.

According to Emerson, there’s no point in imitating: everyone has been appointed to their unique plot of ground. What set apart great people like Plato and Moses is not that they followed the masses but that they followed themselves. So, to be self-reliant, one must be a non-conformist; one has to go against normalcy if one’s inclined to do so.

However, Emerson was aware of the downsides of being a non-conformist. Going against the grain can lead to resistance, misunderstanding, and estrangement from one’s surroundings, which also happened to Camus’ character Meursault. “To be great is to be misunderstood,” Emerson stated. We shouldn’t let this resistance stop us from going our own ways because if we nonetheless choose to conform out of convenience, we betray our inner compass and, thus, ourselves. Meursault refused to betray himself when the chaplain demanded of him to embrace the Christian God. The latter would possibly have made things easier for him, but then he wouldn’t have been faithful to himself.

Although Emerson was a pantheist (and thus believed that God is all around us and within us), he urged us to connect with God without a mediator, like, for example, the chaplain from Camus’ story or the church in general. So, even though Meursault wasn’t religious, we could say that, ironically, his divine spark urged him to stay true to himself and reject an institutionalized form of religion.

Emerson observed that most people exchange their individuality for conformism. Society decides what we think and do, what professions we have, and if we follow as obedient sheep, we’ll enjoy the benefits of the herd. We easily fall for badges, ranks, and status, which are all pretty meaningless outside of the societies and institutions that create them. Hence, Emerson sees society as a joint-stock company.

..in which the members agree, for the better securing of his bread to each shareholder, to surrender the liberty and culture of the eater. The virtue in most request is conformity. Self-reliance is its aversion.

So, to be non-conformists, we must be willing to go against social norms if our nature inclines us to do so, which is a pretty radical thing to do. It means that no law, whether religious or enforced by the government, is more sacred than the law of one’s own nature.

However, Emerson urges us to be self-reliant and part of society simultaneously, as it’s easy to conform among the crowd but also easy not to when living in solitude. A great man, according to him, is someone who, in a crowd, “keeps with perfect sweetness the independence of solitude,” which doesn’t mean that he exhibits his “specialness” but manages to live independently without becoming a hermit.

Friedrich Nietzsche’s concept called the ‘overman’ (or ‘Übermench’ in German) represented an ultimate goal for humanity. The overman is free from societal and religious morals and ideas and creates his own values and goals. So, there seems to be an overlap between Emerson’s self-reliant person and Nietzsche’s ideal human. However, where Emerson believed that meaning comes from the God within, Nietzsche rejects God and makes “meaning” a purely human affair.

In Nietzsche’s book ‘Also sprach Zarathustra’, the idea of the overman unfolds through the story of a sage named Zarathustra who spreads his wisdom among the people open to it. Zarathustra proclaims that humans are a rope over an abyss between beast and the overman. Our purpose is to overcome the distance between beast and overman: a dangerous crossing that transcends the mediocrity and conformity in which the masses dwell.

I teach you the overman. Human being is something that must be overcome. What have you done to overcome him? All creatures so far created something beyond themselves; and you want to be the ebb of this great flood and would even rather go back to animals than overcome humans? What is the ape to a human? A laughing stock or a painful embarrassment. And that is precisely what the human shall be to the overman: a laughing stock or a painful embarrassment.

Nietzsche wasn’t fond of religion (namely Christianity), nationalism, and any other form of gang-mentality in which people share a set of values that are not their own. Like domesticated sheep, they enjoy the lower pleasures that society offers them and embrace safety and security rather than the risky road of becoming the overman, someone who has gone beyond ‘human,’ over the abyss, towards the end of the rope.

But one may ask: “why should I engage in such a challenging undertaking?” The reason is the escape from nihilism. With his famous statement “God is dead,” Nietzsche pointed to the downfall of God as a universally accepted authority when it comes to morals and ‘truth.’ So, to prevent ourselves from falling into nihilism or substitutes like nationalism and hateful ideologies as a consequence of a lack of meaning and ultimate concern, we have to reinforce our individual values and purpose. But this requires breaking free from the herd, which out of ignorance tries to pull us back into the world of comfort, security, shared ideologies, archaic morals, and, especially today, rampant consumerism keeping us weak and docile.

So, drawing from the views of Nietzsche and Emerson, we can say that we create the loner’s path ourselves. It’s not a road paved by others, nor the road less traveled; it’s unique to us, designed by us, and goes through a landscape exclusively ours to explore. A unique path needs a specific compass. And to buttress ourselves against nihilism, we need to create strong values and purpose. But, as we see in The Stranger by Camus, if we choose to stray from the conventional route, we become the odd one out and invite social disapproval. Hence, to purchase non-conformism, we need strength and willingness to be laughed at, despised, and even punished.