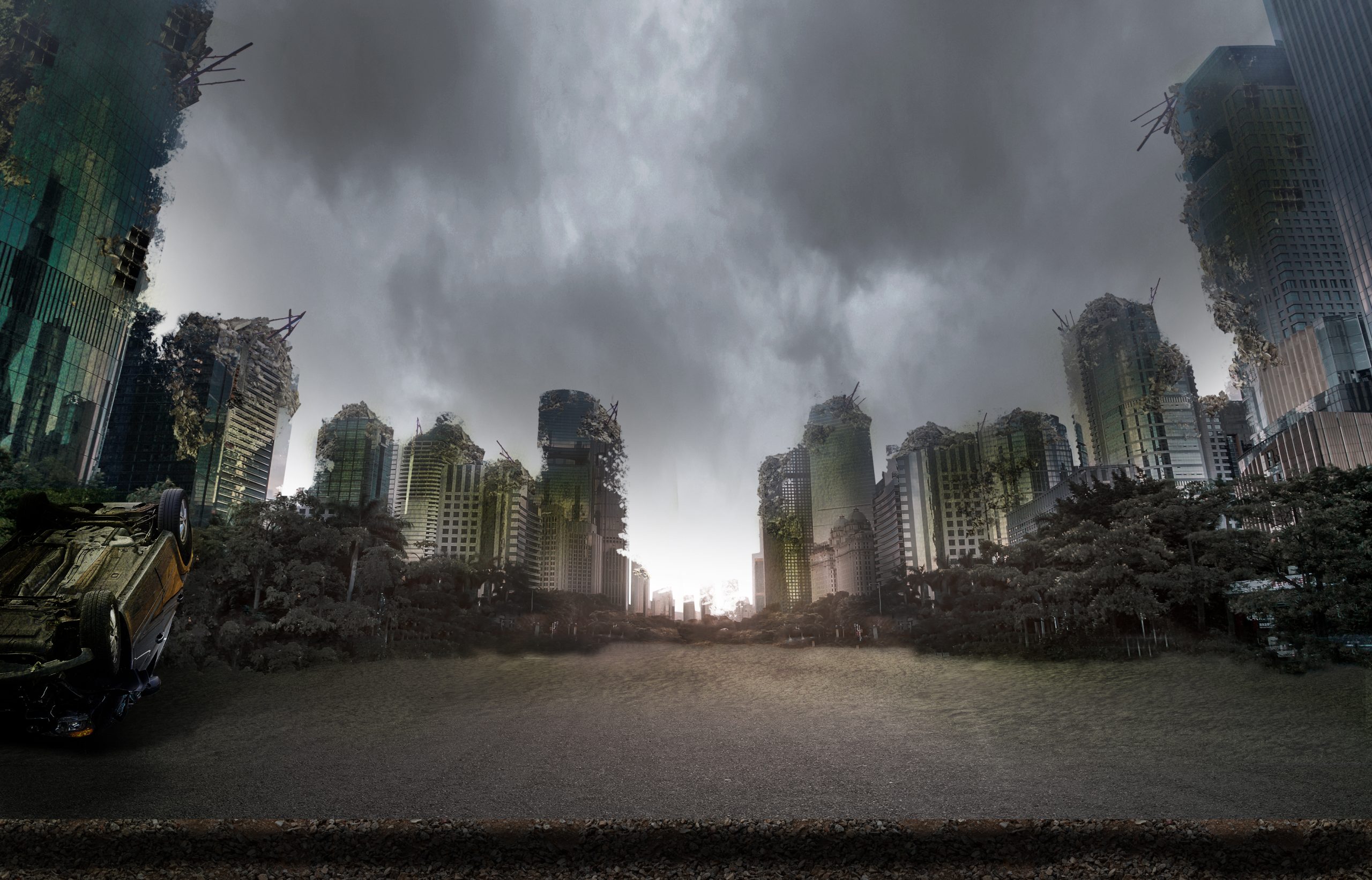 As soon as we turn on the radio or television, or scroll through our social media feeds, a rush of tragic events scourges our minds. From pandemics to street violence, from clashes between countries to changes in climate: if we immerse ourselves in these messages long enough, the world becomes a terrible place.

It’s not that the events portrayed by the news are, as a rule, unimportant. Or that we should deny the fact that terrible things happen. Also, in some cases, the media provide us with helpful information and can motivate us to engage in actions that benefit ourselves and others.

But, overall, being exposed to the media might do more harm than good. Several studies (links below) indicate that repeated negative news makes us feel unsafe. Misinformation and fake news can lead to unnecessary chaos, panic, and fear. Unfortunately, the amount of doom available for us to inject into our minds is unprecedented. Moreover, how we consume information has changed, and perhaps for the worse.

When it’s all doom and gloom out there, one’s view of the outside world tends to be bleak. This piece shares a couple of things that might change such bleak views by explaining why the world probably isn’t as terrible as we think, but, at the same time, it actually is.

When dealing with this unending stream of information, it’s essential to remind ourselves that the media, in the vast majority of cases, are companies motivated by profit (6. In short, the media sells information in exchange for our attention, which makes them money (7). For the most part, this seems like a fair deal. However, what we turn our attention to may greatly influence how we think and feel, forming our perceptions. If we predominantly expose ourselves to hateful messages, then our attitude most likely becomes hateful. Nazi politician Joseph Goebbels, for example, knew about the power of propaganda and successfully used it to indoctrinate the German people.

So, for the common good, one would expect the media to deliver information carefully and responsibly. But this rarely seems to be the case. Sure, there are different flavors of media; some tend to be more independent, objective, well-researched. Others tend to be more about spectacle. Some lean more towards religion; others represent a particular political flavor. But, by and large, it’s a competitive business that pursues ratings (and, thus, profit) over charity. Hence, their information should sell. Things like conflict, controversial topics, catastrophe, and violence attract people’s attention. Companies but also individual content creators know this and often try to capitalize on such issues. They add catchy titles and entertainingly present them: not because it’s a correct representation of reality, but because it sells.

During the last centuries, especially the last decades, the media have radically changed. We went from newspapers and rumors spread mouth-to-mouth to live streaming on social media from all parts of the world. But there’s one thing that news outlets of all ages have in common, namely, their selective nature.

News, whether you receive it from a street vendor in Amsterdam in the nineteenth century or from a large news company today: it’s always an ultra-selective perception of reality. Many events that people may deem newsworthy never reach the news. Furthermore, the vast majority of things that happen on this planet people don’t consider newsworthy in any way. An older woman feeding her cat, a car driving on the highway, a pinecone falling from a tree; these are changes, events taking place, just like what we see in the news. Yet, are they in any way less significant? It’s just a matter of opinion. But the fraction of reality that makes the news gets amplified and thus made more prominent than it initially appears.

The internet has made it possible for everyone to distribute news. Aside from large news companies, there’s an increasing number of smaller and individual creators that people choose as information supplies. An advantage of this decentralized way of information distribution is the variety of news sources and access to what’s going on on a grassroots level. But there’s also a disadvantage. Today, anyone can talk about anything; there’s little quality control and a lot of misinformation.

We also see the emergence of echo chambers that revolve around certain topics and beliefs. And these topics may be controversial and beliefs biased or downright false. Also, the algorithms of several popular platforms recommend content that matches previously watched content. As a consequence, the user quickly tumbles down deeper and deeper into a rabbit hole. The already selective information supply has narrowed down even more and occupies the user’s reality to a certain extent. For example, if a platform almost exclusively recommends content around certain political views, it’s likely to significantly color the user’s reality. This individual may share his reality with the echo chamber but he’s likely to be alienated from what’s outside of it.

Suppose, for example, a group of Dutch people in an echo chamber strongly believe that all Belgians are stupid. Within the echo chamber, this notion that Belgians are stupid gets repeated so many times that its members accept it as a truth. These Dutch people are so obsessed with their southern neighbors’ alleged stupidity that they’re continually looking for any news or rumors about it. Now, as soon a Belgian indeed does something slightly unintelligent (and this hits the news for some reason), they immediately pick it up and say: “See? Again, we have proof that all Belgians are stupid.”

Although time seems to pass by linearly, it also moves in cyclical patterns. We move forward in time, but we’re also on repeat. The passage of time is like a song played over and over again, perhaps with a few variations, and changes of instruments, but it’s essentially the same. Marcus Aurelius beautifully described the continual repetition of things and that, in essence, nothing new happens. Everything is familiar and transient. He asked: “Which is why observing life for forty years is as good as a thousand. Would you really see anything new?” End quote.

One empire succeeds the other, and after thousands of years, this pattern hasn’t changed. We can say the same about violence, sports competitions, politics, and hostility between cultures and nations. History repeats itself, sometimes day after day, sometimes millennium after millennium. So, we could ask ourselves how important the news actually is if they essentially bring nothing new. Isn’t all the tragedy we see in the media just a dramatization of the same old worldly winds that have been blowing since the dawn of time?

The American philosopher Henry David Thoreau was critical of the value of the majority of communications. He mentioned, for example, that he never received more than one or two letters worth the postage. About the news, which he saw as the equivalent of gossip, he wrote the following:

(…) I am sure that I never read any memorable news in a newspaper. If we read of one man robbed, or murdered, or killed by accident, or one house burned, or one vessel wrecked, or one steamboat blown up, or one cow run over on the Western Railroad, or one mad dog killed, or one lot of grasshoppers in the winter,—we never need read of another. One is enough. If you are acquainted with the principle, what do you care for a myriad instances and applications?

Henry David Thoreau, Walden, Where I Lived, and What I Lived For

To the things that repeat themselves, we can also add the phenomenon of rumors about possible threats. How many times should WWIII have broken out already? Sure, this possibility is present, and it probably will happen someday. But things happen when they happen, and living in constant fear and speculation doesn’t change it. When we look at these rumors from a distance, we’ll see the principle of fear-mongering behind it, serving as a way to attract attention and make bank. And that it’s just another pattern that has been going on for ages.

We create the world

Is the world as terrible as we think? It depends on how we see it. There’s a difference between how we see things and how they truly are. Because of the limitations of our senses and comprehension, we’ll never see how things exactly are. But within the bandwidth of our limited perception, we can still differentiate between clarity and delusion. A clear vision of the world aligns with reality, at least as much as possible. Someone with a clear vision doesn’t necessarily deny the validity of the information stream, but remains skeptical, puts it in perspective, and knows that the vast majority of the circulating information isn’t a big deal. The input of disturbing news is not proportionate to what’s going on at large. It’s just a tiny pixel in the vastness of reality, selected, magnified, and presented engagingly.

In a way, today’s many forms of news present themselves as a giant soap opera. But instead of using fictional characters and stories, it uses fragments of reality and dramatizes them for entertainment value. All fun and games, but it’s not a good representation of reality.

The world, as a whole, is a pretty dull place. For every person murdered, billions aren’t. For every volcano that erupts, there are hundreds of millions of square kilometers of tranquil land. Ages pass, repeating the same things in different packaging. Today’s hottest topic is tomorrow’s old news, and most of it is soon to be forgotten. And even though today’s catastrophes replace yesterday’s drama, it’s nothing compared to the overall tranquility we’ll find when we turn off our televisions, computers, and smartphones and just go for a walk outside. Even in most cities, we’ll discover that things are just going on as they do: people walking their dogs, cars passing by, a homeless person sleeping on a bench. Also, in times of turmoil that temporarily dysregulate human life, trees continue to grow calmy, and so birds and flowers appear in spring and the Sun in the East every morning.

Suppose we keep reminding ourselves of today’s mass information supply’s delusional nature and experience reality without distortion. In that case, we’ll see that the real world presents us with significantly less tragedy compared to the screen.

Whether Earth is beautiful or not is ultimately in the eye of the beholder. But if we lose touch with reality, by diving into that seductive, carefully selected puddle of doom and gloom, then mud is all we’ll see. And what could be beautiful eludes us.