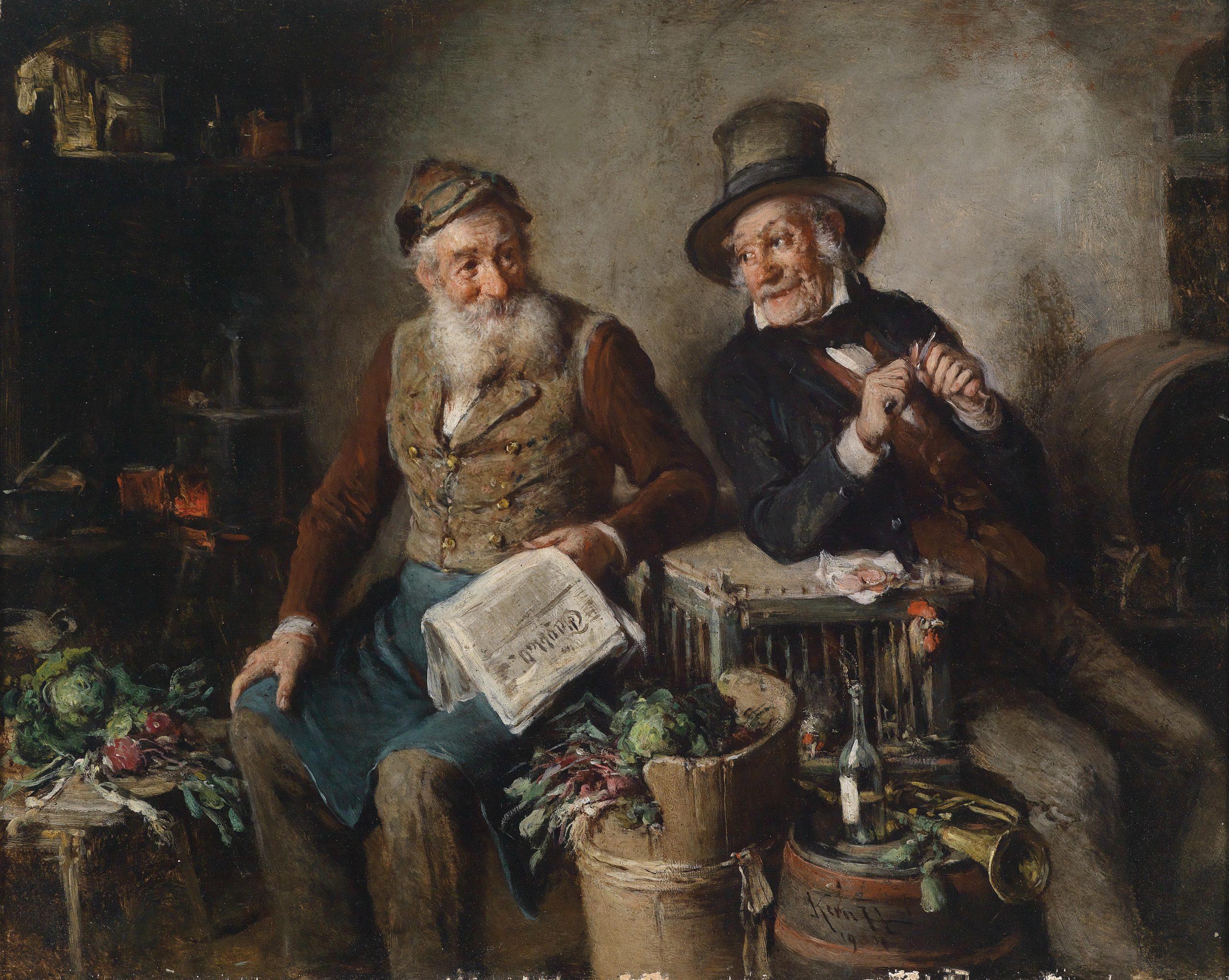 A minimalist lifestyle concerns itself with minimizing the number of material resources we need to be satisfied. A tremendous benefit of this approach is the reduced cost of living. The less we need, the more time, money, and energy we save. So, can we also apply minimalism to our social connections to gain the same benefits? Can we be happy with a minimal amount of friends, or even without friends?

Ideally, a social minimalist gets by with a minimal amount of social connections: just enough to fulfill his social needs. But many consider living with a few or without friends unhealthy and painful. Being friendless deprives us of the benefits of a social group. So, is a lack of friends synonymous with a dreadful existence of loneliness and social isolation? Do the friendless indeed deserve our pity?

People seem to agree that having friends is always better than having none. Therefore, we celebrate the blessing of friends. Having many friendships means we have many options to socialize and, thus, no shortage of pleasurable human interaction. However, as far as the social minimalist is concerned, having fewer friends has benefits as well. And, in some cases, going without friends is the best option.

Can we be happy without friends? This piece explores the benefits and downsides of friendship, the current state of friendships, and if we actually need friends.

The decline of friendship

The ancient Greek philosopher Epicurus believed that we could attain peace of mind and freedom from suffering by wisely balancing our desires and seeking sustainable, moderate pleasure. He created a hierarchy of needs as a roadmap by dividing natural and necessary, desires, natural and unnecessary desires, and vain desires. Things like extreme wealth and fame he considered obsolete and impossible to satisfy. But also luxurious food, marriage, and sex, although he thought these desires are natural, Epicurus saw them as unnecessary for a happy and content existence. But to friendship, he attributed the same value as food and shelter, as he saw it as one of the greatest portals to pleasure and one that’s generally easy to obtain.

Of all the means which wisdom acquires to ensure happiness throughout the whole of life, by far the most important is friendship.

According to Epicurus, friendship is based on trust, treating each other well, and maintaining a generous attitude. If these criteria are met, friends allow us to share information about the world and our ideas, learn from their experiences, and help them with ours. Friends can lend us a helping hand, a listening ear, and words of advice in times of hardship. Also, being part of a social circle can open doors to various opportunities, like finding a partner. Epicurus chose to live together with friends while enjoying the simple pleasures of eating bread and cheese and drinking weak wine.

If we extrapolate from Epicurus’ views, we can see that the benefits of friendship still stand today. Also, we have far more options now, as we can maintain friendships with people in other areas of the world, have friends exclusively online, and communicate with any friend whenever we want. But the emergence of modern means of communication and how today’s societies are structured seem to render traditional ways of friendship obsolete. Most activities that require a social circle can be obtained elsewhere. For example, we can use services to talk about our problems or to move out. We don’t need to leave the house for discourse anymore, as the online spaces offer a plethora of online groups, forums, and communities.

Moreover, the likelihood of finding fellow thinkers online is much greater than meeting them offline because we’re not limited to the people in our immediate environment, our cities, or even our countries anymore. And even though online dating was a rarity in the early zeros of the twenty-first century, it has become the norm, meaning that we don’t need to attend social gatherings anymore to find a mate.

We can also find quick and cheap entertainment through streaming services and video games, which many people prefer over a meetup with friends nowadays. So, it appears that the necessity of friendship is slowly eroding and being replaced mainly by the increasing amount of options that technology offers. The coming metaverse will probably accelerate the disappearance of old-fashioned face-to-face interaction, as humanity will largely plug itself into virtual reality.

Some find the idea of a friendless world daunting: how can we possibly live without friends? But traditional friendship also comes with costs and downsides.

The cost of friendship

Having friends is no free ride. Especially today, in our individualistic societies, friendship (in the traditional sense) seems more challenging to obtain than in the times of Epicurus. We focus very much on ourselves, and our busy, hectic lives absorb most of our time and energy.

Friends can be a blessing, but they’re not essential to survive anymore. As C.S. Lewis stated:

Friendship is unnecessary, like philosophy, like art, like the universe itself (for God did not need to create). It has no survival value; rather it is one of those things which give value to survival.

For many, an extensive social circle has become a luxury good, as friendship seems more challenging to come by these days. It comes with costs that not everyone is willing to make.

The first cost we can distinguish is time, which, with our busy lives, is often a scarce commodity. Do we want to exchange the little free time we have for the company of other people? Many choose not to, as they instead spend their free time on solitary activities like creative pursuits.

The second cost we can distinguish is energy. We’re often so tired during the workweek that we prefer spending our evenings in front of the television. Hence, we commonly practice friendship on the weekends, which means that we spend the energy left after our workweeks on socializing. Therefore, many choose to spend their free time in solitude to recharge.

The third cost would be resources, as socializing requires money in many cases. Having no social life, therefore, saves money. But also, the lack of funds refrains people from socializing, which could cause social isolation among the impoverished.

The fourth cost is more hidden but still a price we pay when we engage in social interaction. Friendships require conformity to a certain extent, depending on the people we’re dealing with. Consciously or subconsciously, we wish to be liked by our friends and vice versa and meet mutual expectations.

And thus, we present ourselves to appease them and sweep unwanted characteristics under the carpet. So, we pay the price of wearing a mask among our friends, not showing the entirety of ourselves, afraid that we fall out of favor. But, as Arthur Schopenhauer stated, we can only truly be ourselves in solitude, in which we can safely cast off our masks as there are no people to consider.

The misery of bad friends

Not all friendships conform to Epicurean ideals. Friendships certainly can be a source of misery, especially with those that do not have our best interests at heart.

The Buddha urged people not to associate with the foolish but with the wise. Associating with bad friends can be harmful and holds us back from associating with the wise who can improve our lives. If no wise people are available, it’s better to walk alone than be accompanied by bad friends. One of the earliest Buddhist texts, known as the “Rhino Sutra,” advises us to wander alone like rhinoceros.

Avoid the evil companion
disregarding the goal,
intent on the out-of-tune way.
Don’t take as a friend
someone heedless and hankering.
Wander alone like a rhinoceros.

Many people have friends just for the sake of having friends. Often, they barely have standards for friendship, so they surround themselves with destructive individuals. For example, we maintain habits like violent behavior and doing drugs to belong to a group that does the same. Or we tolerate and even adopt hateful ideas just to remain connected with those we consider friends. Or we put up with bullying and ridicule by our so-called friends that go beyond playful banter just because we fear not having friends at all. Or we simply just waste our time engaging in meaningless chatter when we have much more productive and pleasurable things to do.

The term ‘toxic friend’ is widespread these days. Even though we may realize these people are bad for us, we’re afraid to let them go because we fear loneliness. So, humans often seem to prefer destructive relationships to solitude, probably because the thought of being alone terrifies many.

We depended on the herd for survival for many generations, and social ostracization often meant death—the drawbacks of communal living we had to take for granted. But today, many societies allow us to survive with minimal social contact, which gives us the luxury, to a great extent, of not having to associate with people that make us miserable.

Do we need friendship?

Is there a case for social minimalism? Or do we need friendships to satisfy our social needs? Psychologist and author Dr. Daniel Marson says that we humans don’t need to have friends. He acknowledges the vital importance of inter-individual communication for human development. But he also states that, because of this importance, we overemphasize the quality and intensity of social relationships.

Marson explains that many people struggle with making and keeping friends and often think very negatively of themselves because of that. So, it’s not just the absence of friendship that’s the problem, but the notion that there’s something wrong with that. According to Marson, a lack of friends is not wrong. Not having friends doesn’t automatically mean that we’re socially isolated and lonely, as there’s a gap between “social isolation” and “having friendships.” And we can gain the same benefits of friendships simply by the possibility to interact with people. So Marson’s ideas tell us that a minimalist approach to friendships would be sufficient to satisfy our social needs.

We deem friendship important. But according to a study of about four thousand adults, having our basic needs met and feeling competent in what we do is more important. If we compare these outcomes to Epicurus’ hierarchy of needs, we can conclude that satisfying our basic needs, our natural and necessary desires, is the cornerstone of our well-being. But, as opposed to what Epicurus believed, friendships may not be so essential.

However, social interaction remains an important, beneficial part of human life. We might want to emphasize the importance of social interactions, especially in times when these are forcefully minimized. Also, in our increasingly individualistic cultures, many people lack social interaction, even when they have friends.

Being without friends, in the traditional sense, doesn’t seem so problematic. And when we consider the costs and downsides of having friends, it might even be preferable at times. But minimizing social interaction to the extreme probably isn’t a good idea for most of us. We naturally crave connection with people. It nourishes the spirit. Even if it’s just a friendly conversation with the cashier.