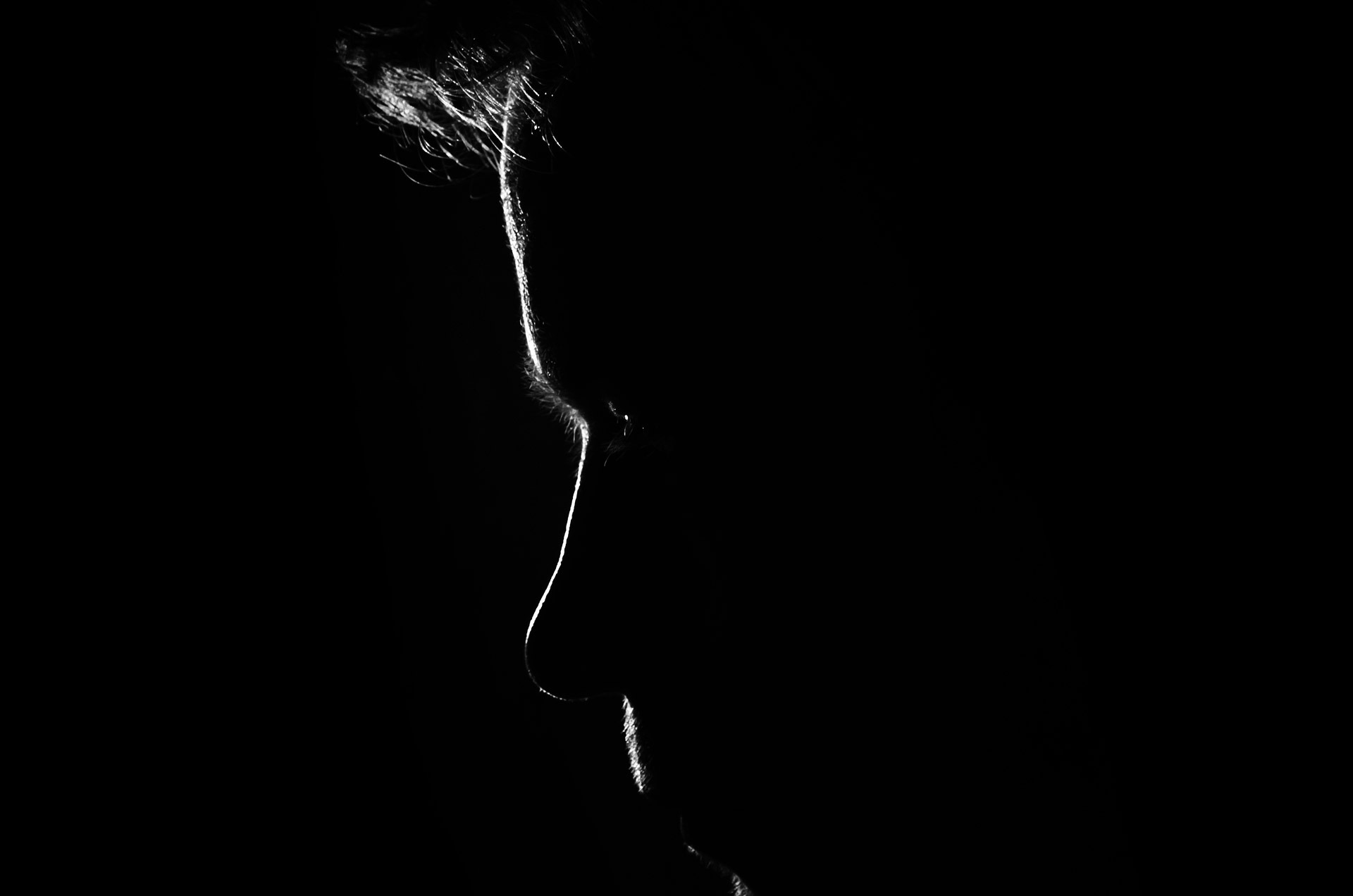 For many, the disappointments of life justify destructive behaviors towards oneself and others. Entitlement to what they feel they deserve, or what others have and they have not, leads to disappointment if reality doesn’t provide them with what they expect. And thus, they feel wronged. It’s no surprise that many people feel this way. We could say that the false promises made by those we trusted have instilled certain expectations for the future in us. They told us we could be anything as long as we work for it. Others convinced us that we could have anything if we visualize it in our minds. Our parents implied that their children’s future would be similar to their past, so they raised us with hopes and dreams unfit for our time, as today seems so different and so incompatible with yesterday’s playing rules.

In a way, life has betrayed us. From the day we were born, it has sold us false expectations of sunshine, served us utter lies on a golden platter, and then slaps us in the face with indifference after we see our dreams perish, one by one. Instead of the paradise we’ve built in our minds, we encounter wastelands of cold, harsh, life-as-it-is: randomness, meaninglessness, absurdity. So, this is it? Maybe. And it may get even worse, looking at the transient nature of life, showing us that decay, sickness, and death await us. But how can we deal with a life that only seems to give us lemons? How to go on when fate has killed our hopes and dreams, and all that’s left is hopelessness?

Longing for the “old normal.”

Despite life’s many hardships, not everyone’s experience of it is bleak. The German philosopher Arthur Schopenhauer observed that (in regards to wealth and poverty) some people who have little are cheerful, and others who have a lot are dissatisfied. Hence, it’s not what life gives them that decides their mood, but the degree of entitlement we have and how it relates to reality. Thus, disappointment is a subjective matter. The problem with today’s narrative, created by social media, movies, series, and so forth, is that it breeds entitlement. This cultivation of expectations begins in early youth when children learn that the world is at their feet: they can become pilots, astronauts, famous YouTuber influencers, Instagram models, and professional football players. Of course, it’s not impossible to achieve these things. But there’s only a small percentage that makes it; the others have to work regular jobs, live “normal” lives, and associate, God-forbid, with ordinary people.

A good portion of people understand that reaching the top of the mountains isn’t realistic, at least not for them, or at least insanely difficult, and choose to settle for a “normal” life. What is a “normal” life? Well, many people (in Western culture, at least) would argue that “normal life” is finding a partner, a job, getting married, and having 2.3 kids and a pet. But looking at the current state of affairs and where society is going, what they taught us is normal doesn’t seem normal anymore. The “old normal” so to speak, provided many with meaning. Things like marriage for life, the family unit, community life (offline, to be precise) that gave people a sense of belonging and a support system, and let’s not forget: religion. But in the increasingly individualistic, tech-based world of today, these forms of meaning have been eroding. Many feel lost. Devoid of purpose. They spend their lives sleeping, waking up, working a dead-end job, spending the evening online or watching TV, and repeat. Sure, they can get a promotion or a better job, but what’s the point? Why bother?

Not acquiring what we believe are the basic elements of human life is a bitter pill to swallow. It feels that something essential has been withheld from us: something that we believe was our birthright. And this is where the true disappointment comes in. Because of entitlement, many people have difficulties coping with not getting what they believe is theirs. An extreme example of this is Elliot Rodger. Rodger’s troubled past, frustrations, and setbacks in life (mainly over his inability to get a girlfriend) combined with his narcissism-fueled rage led to him murdering six people, injuring fourteen others, and then shooting himself. He was disappointed with life not giving him what he felt entitled to, so he decided to (quote-unquote) “disappoint life” in the form of retribution.

A torch in the darkness

What if you are not part of the lucky few? What if you can’t even obtain what we consider the necessities of a happy life? What if life is a total disappointment? Does that mean it’s over, or is there a way to make life worthwhile? Let’s remind ourselves of the observation made by Schopenhauer about disappointment. We are disappointed not because of life itself but because of our entitlements concerning life. If our expectations exceed what we get, the result is ‘disappointment.’ And according to Schopenhauer’s worldview, we cannot expect too many positive things from life, although that’s what most young seem to people do.

In early youth, as we contemplate our coming life, we are like children in a theatre before the curtain is raised, sitting there in high spirits and eagerly waiting for the play to begin. It is a blessing that we do not know what is really going to happen. Could we foresee it, there are times when children might seem like innocent prisoners, condemned, not to death, but to life, and as yet all unconscious of what their sentence means.

Arthur Schopenhauer, Studies in Pessimism, On the Suffering of the World

So, it makes sense to adjust our expectations of what’s behind the curtain—a sentence, perhaps, which differs per person. But it surely will be a sentence when we wish for Heaven where Hell is. Schopenhauer also stated that the best consolation in misfortune and affliction is the thought of other people worse off than ourselves. Even though seeking such relief seems morally wrong, it’s what many do. We are not the only ones with disappointing lives, and many have it much worse. As mentioned in a previous video on Schopenhauer’s philosophy, the awareness of the suffering in the world is a pathway to compassion, a reason to extend our hand to a fellow sufferer, hoping that we find strength in the beating of two wounded hearts. There are always people in need. We can always find purpose in alleviating suffering, as there’s plenty of it.

A test of strength

If you’re an outcast, looking from the outside in, at the “lucky ones” who have what you don’t have, you could ask yourself: are these people truly better off? Yes, you’re an outsider, left behind after the ship has sailed, but you also have an opportunity to get stronger through adversity. Outcasts face the world alone and shape their lives outside the borders of normalcy. Authenticity, strength, and self-reliance are often the consequences of pushing through hardship that make us independent of the herd. According to German philosopher Friedrich Nietzsche, this way of life is a test of strength and should be welcomed.

To those human beings who are of any concern to me I wish suffering, desolation, sickness, ill-treatment, indignities—I wish that they should not remain unfamiliar with profound self-contempt, the torture of self-mistrust, the wretchedness of the vanquished: I have no pity for them, because I wish them the only thing that can prove today whether one is worth anything or not—that one endures.

Friedrich Nietzsche, The Will to Power, p. 481

There’s more to life than these relationships that fall apart, these friendships that expire, that little family or career or community we never had. Yet, many choose misery, contemplating their disappointments, refusing to look beyond them. Some even choose revenge. Others choose to end life, assuming it’s not worthy of living without what they believe are the only sources of meaning. But, how about a radical change of meaning? How about we turn our backs on the old and vigorously embrace the new? How about we leave closed doors closed and enter those that are open? There’s a vast world out there with countless possibilities. With enough courage, we can form new perspectives, walk down unknown roads, enjoy life, and live it in ways that suit us, not the expectations of the masses. No reason for resentment, no reason for self-pity. When life disappoints us, we don’t have to disappoint life.