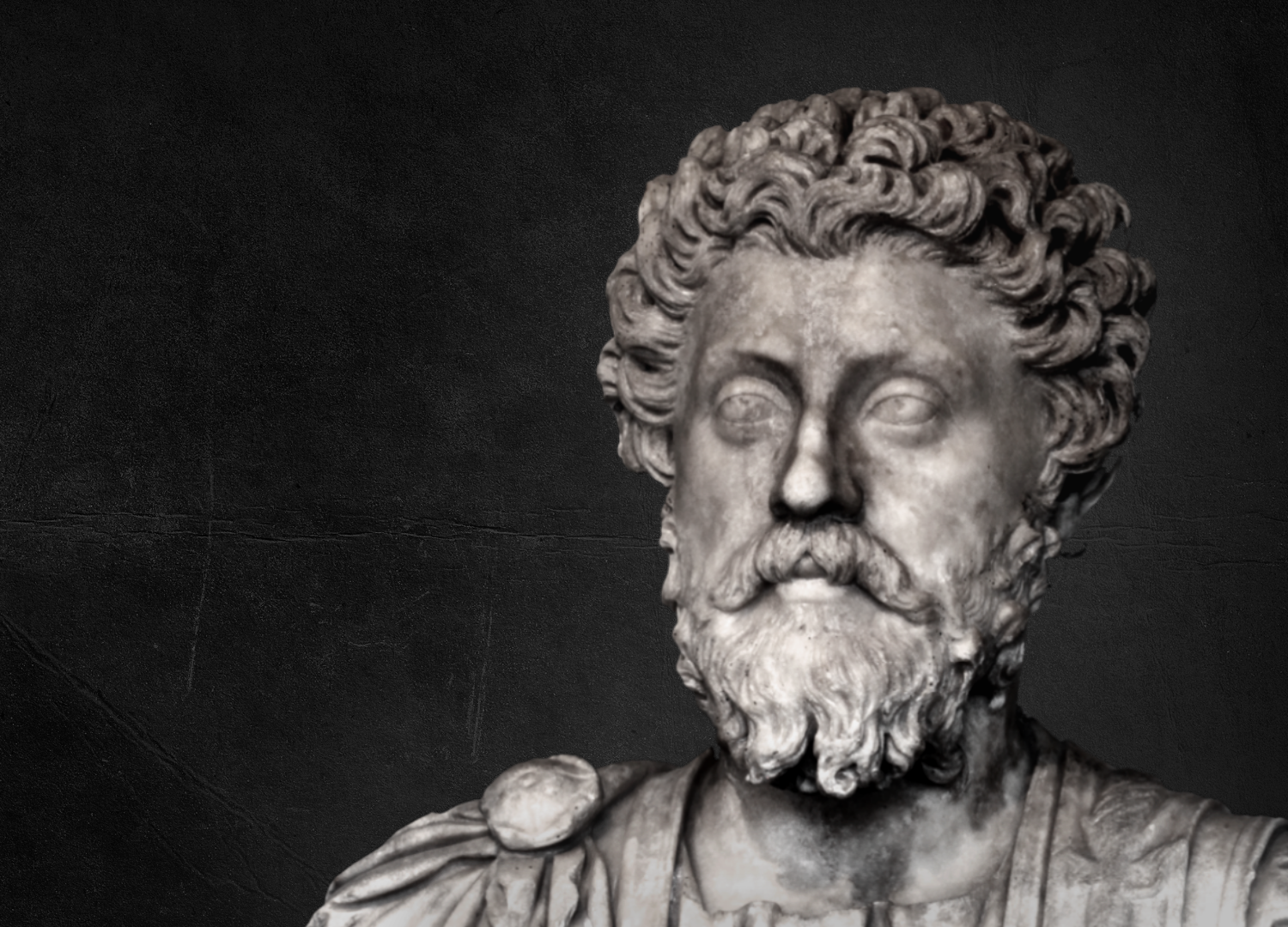 In times of great uncertainty, the ability to keep calm isn’t an unnecessary luxury. The ancient Stoics didn’t shy away from adversity but, instead, managed to endure while continuing their pathways of virtue. We only have to peek into the memoirs of ancient Stoic Marcus Aurelius, published as Meditations, to see how he struggled to perform his duty without losing his mind, and without falling for the seductive trap of indulging in sensual pleasures as many other emperors did, his own son included.

Misery is rooted in fear; an emotion that characterizes periods of unrest. It’s the cradle of hate and violence, of hostility and oppression. And the more this emotion spreads around the globe, infecting us all like a virus, the more we suffer. The power of Stoicism lies not in changing our circumstances, but fortifying ourselves so we can deal with our circumstances, no matter how severe. In Stoicism we can find the necessary wisdom to become more resilient; not only to maintain our inner peace but to also thrive and shine in times of uncertainty.

1) It’s not the events that disturb us.

Stoics and Buddhists will agree that in regards to the human experience there’s nothing that precedes the mind. Even though we may feel that it’s the external world that upsets us, it’s actually the way we think about the world that does the job. Outside circumstances may directly influence our ideas and presuppositions, or trigger what lies hidden in the subconscious mind, like deeply rooted beliefs or, perhaps, repressed past experiences. So, it’s still the mind that creates the experience.

For example, we believe that we shouldn’t face hardships like disease, or financial setbacks. Or that we shouldn’t suffer a loss, in whatever form that may be. Unfortunately, this means that we’re still in denial of the reality of nature. Unpleasant events happen to all of us, and no one has the right to be excluded from the universal ways of change. Now, according to the Stoics we have a choice. The flow of life, the aging of our bodies, illness, war, disease, are not ours to control. Stoicism emphasizes that, despite of this, we do have agency. We can form opinions, we can judge, we can act.

For example, we can lose the opinion that only good should overcome us, and accept that even the most catastrophic events of humanity may very well appear on our path. From a Stoic point of view, this shouldn’t be a source of fear, but an opportunity to accept reality, and stop resisting the inevitable. This alone leads to inner peace; it’s a matter of embracing whatever happens, and knowing that not the events but our own experience is what causes how we feel.

2) Most things have happened before.

The universe shows itself to us in cycles and waves. And unless we live through at least one cycle or wave, what happens to us seems unprecedented. But looking at history, we see that most events that disturb us and frighten us have already happened before. They just haven’t happened in our lifetime, so they come across as if they’ve never occurred before.

Wars, pandemics, natural disasters, but also tribes threatening to attack each other, the conservative versus progressive minded people… these struggles often interfere with our inner peace. But we only have to read some old newspapers to discover that these are archetypical expressions of all ages that repeat themselves over and over again.

Look at the past—empire succeeding empire—and from that, extrapolate the future: the same thing. No escape from the rhythm of events. Which is why observing life for forty years is as good as a thousand. Would you really see anything new?

3) Our thoughts are unreliable.

The mind is a powerful biological machine that’s capable of turning fantasy into reality. Our ability to think is the reason why we survived in a world that’s often hostile to us, as it’s inhabited by many animals that are physically much stronger than we are. The mind created the most beautiful pieces of art, literature, architecture, and brought us to the moon, and will eventually bring us to other planets. It’s a powerful tool, without a doubt. But there are dangers too.

Exploring possible outcomes can be a good thing. But when we overdo it, we get stuck in the maelstrom of excessive thinking which destroys inner peace. We think about possible scenarios over and over again, often in ways that are irrational and based on assumption. We worry about the future; about all the terrible things that could happen. Sure, it’s very well possible that our thoughts come to fruition. But a thought is just a thought. It’s not real. The menu is not the meal. We can read the menu a thousand times, but it still doesn’t compare to the food on our plate.

As the ancient Stoic Seneca stated:

We suffer more often in imagination than in reality.

4) Adversity can make us stronger.

How terrible it is that we’re going through so much misery, right? Well, Marcus Aurelius would have disagreed with such a statement. After all, isn’t it great when we’re still alive and able to thrive after all we’ve been through? Stoicism isn’t about avoiding life but avoiding being mentally destroyed because of life. Without a doubt, this is easier said than done. But from a Stoic mindset, we shouldn’t focus on how bad things are at the moment, but on how we get through them and maintain inner peace while doing so. Every minute we spend on feeling bad about our situation, and resisting what is, we could spend on making the best out of our lives regardless of what’s happening to us.

Thus, the more headwind we experience while cycling, the more we have to use our leg muscles, and the stronger they become. When we see bad times as an opportunity to create strength, we might stop fearing them and embrace them instead.

5) The present is all we have.

Compared to humans, animals seem to live much more immediately. Seneca noticed how animals experience fear when there’s danger, but after they escape it they don’t dwell on it anymore: they either flight or fight and go on living as if nothing happened afterward. We humans, on the other hand, can ruminate on past events for a lifetime and reside in a state of perpetual worry until death liberates us. We let our memories bring back past hurt, we let worry torment us, while, in reality, there’s nothing happening but our thoughts.

It’s only when we stay in the present that we’re free from worry and rumination. This doesn’t mean that our memories are invalid, or that we should never anticipate or plan for the future. It’s just that the past and future cannot touch us, because they do not exist. Stoicism underlines that the present is all we have. When we stick with the situation at hand, we’ll have a lot less to worry about.

From the moment we’re born, our life has been ticking away second after second. Death is an inevitable consequence of life. And, at the same time, it’s the most destructive thing that can happen to us, as it’s the disintegration and annihilation of what we perceive as ourselves. As Seneca stated:

For we are mistaken when we look forward to death; the major portion of death has already passed. Whatever years be behind us are in death’s hands.

Life, therefore, is this amazing journey full of surprises. What a waste of time to spend our lives in anguish, and to resist everything we encounter, always busy creating this false sense of security while the very nature of the universe is insecurity. Spending this day worrying is kind of stupid if we could die tomorrow. From a Stoic perspective, it makes more sense to spend our time well. Remembering that our time here is limited loosens our grip on the past and future, so we can seize the day while maintaining inner peace.

7) In the grand scheme of things, we’re not that important.

If we’re still overly occupied by anxiety, especially in times of uncertainty, putting our lives in perspective may help us out. Remember the mayfly? From a human perspective, the life of the mayfly comes across as a rather insignificant occurrence. But for the 4,700-year-old tree Methuselah, the oldest tree in the world, a human life equals about a year. This tree is even older than the ancient Stoics, and during its lifetime many human civilizations have come and gone. For Methuselah, the human lifespan isn’t that much.

Now, compare this to the history of our planet, and then put our planet in the perspective of the cosmos: now we’ve been reduced to almost nothing. This doesn’t mean that the human experience doesn’t count; we’re gifted with the ability to experience deeply, which is a beautiful thing, regardless of our size and lifespan. But by taking a Stoic view from above, we remind ourselves of how transient life actually is. We might realize that many of the small (and even big) things we’re worrying about today, mean next to nothing, let’s say, a hundred years from now.

Lastly, if you’re interested in putting Stoic philosophy into practice, you might want to check out the playlist Stoic Exercises for Inner Peace.