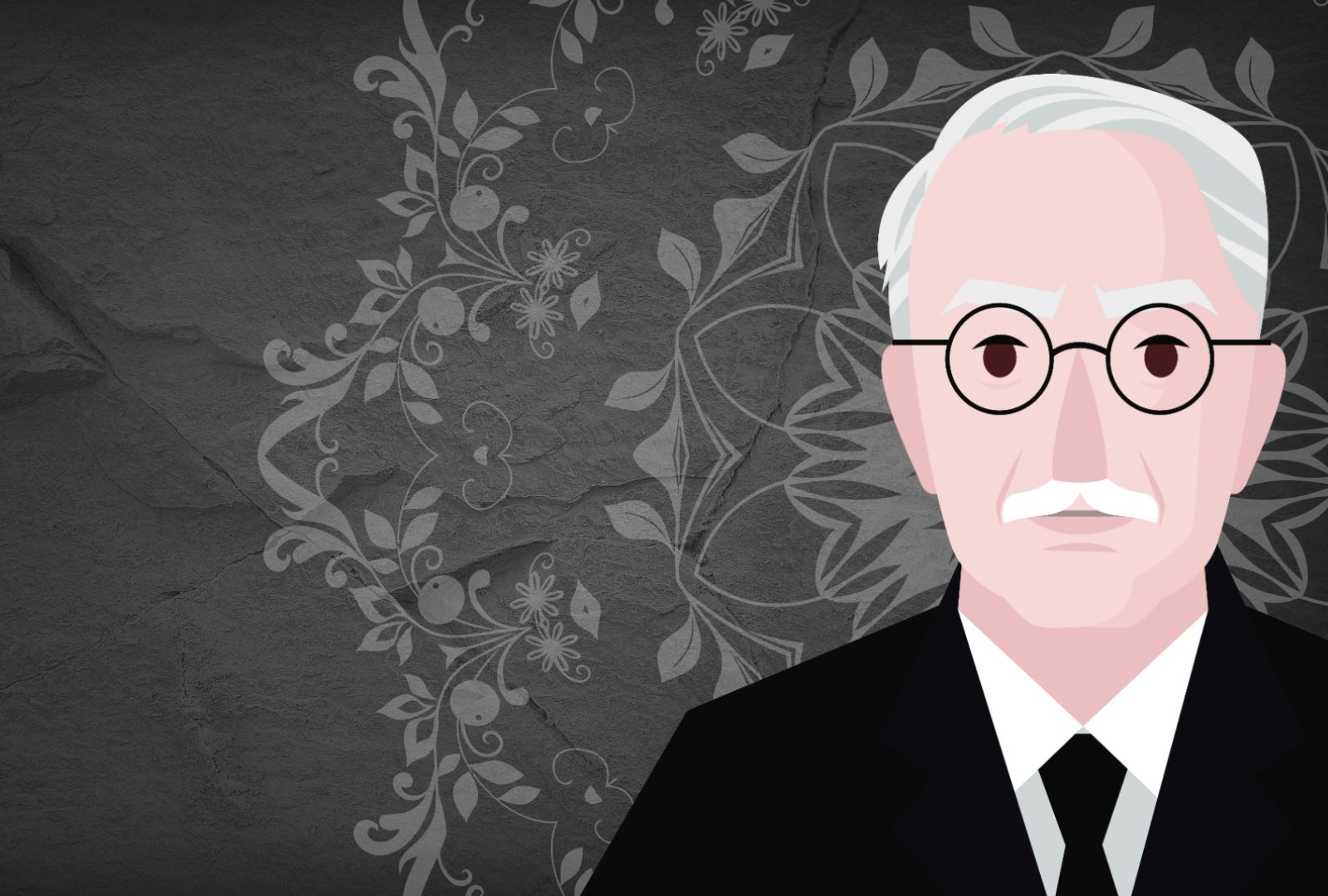 Conscious and unconscious do not make a whole when one of them is suppressed and injured by the other. If they must contend, let it at least be a fair fight with equal rights on both sides. Both are aspects of life.

In my previous videos about the shadow I have discussed the world of the unconscious, and how we can recognize its manifestations in our behavior.

According to Swiss psychiatrist Carl Jung, the ultimate self-realization is the integration of the unconscious into the conscious. This is called the individuation process.

The process of individuation is complicated. So, for making this video I have tried to simplify the information I’ve found when studying it and combine it with a few personal experiences and observations.

Before we get to the individuation process itself, it is essential to clarify the associated elements: the self, the ego, the persona, the conscious & unconscious, the shadow & the anima and animus.

Now, according to Jung, at the core of our personality, there is something called the self. The self is the totality of the conscious and unconscious. The problem, however, is that the vast majority of the self lies hidden in the unconscious. Parts of that unconscious cannot be entered.

There is a personal unconscious that consists of all information of an individual’s mind, which is not readily available, like repressed or forgotten memories about oneself or the environment.

There is also a collective unconscious that is basically the same for all human beings and probably shared among all members from the same species. For example, dogs are collectively driven by the same instincts. The same is true for humans.

Jung noticed that the human collective unconscious brings forth a series of archetypal figures as well, which are universal symbols that we see in mythologies all across the world.

These archetypes tend to appear in dreams too. Examples of these are the hero, the trickster, the wise old man, the great mother, and even God. These figures are not fixed archetypes themselves but, rather, representations of what lingers in the unconscious in an archaic language that most humans would recognize.

I have called these motifs “archetypes,” and by this I mean forms or images of a collective nature which occur practically all over the earth as constituents of myths and at the same time as autochthonous, individual products of unconscious origin.

Before we dive deeper into the unconscious, I’d like to explore the four main elements that we´ll find across the conscious and unconscious, which make up the psyche and, thus, form the self. These are the ego, the persona, the shadow, the anima or animus.

The ego rests on the conscious as well as the unconscious and is basically the story we tell ourselves about who we are, which is accumulated over the years by different experiences but also a direct product of the realization that we are, in a way, separate from others. This realization happens in early childhood when an infant starts to use the word ‘I’, that refers to the ego. The ego is the center of the field of consciousness but not the center of the personality since it is still subordinated to the self.

The persona is the mask we wear, in order to conform to society. We could describe it as the societal role we “wear” in order to fit it, based on norms and ethics. An example is the definition of masculinity and femininity: what does it mean to be a man or a woman?

Most cultures and subcultures propose certain criteria for this, and the persona is the product of us meeting these criteria to fit in. The persona is nothing more than a superficial construct of how we want the world to perceive us.

The shadow lies in the unconscious and consists of undesirable characteristics that we have repressed and want to keep in the dark. This happens consciously as well as unconsciously. Jung stated that the less the shadow is embodied in the individual’s conscious life, the blacker and denser it is.

If the repressed tendencies, the shadow as I call them, were obviously evil, there would be no problem whatever. But the shadow is merely somewhat inferior, primitive, unadapted, and awkward; not wholly bad. It even contains childish or primitive qualities which would in a way vitalize and embellish human existence, but—convention forbids!

Many people aren’t even aware that they have a shadow. When parts of it inevitably come to the surface, they tend to brush this off as something outside themselves. I have created a separate video about the shadow; you’ll find a link at the top of the screen.

According to Jung, in every male, there’s a female and in every female, there’s a male, both hidden in the unconscious part of the psyche. This doesn’t mean that we have a completely separate human being inside of us; rather, it means that men possess characteristics that are classically considered feminine and women possess characteristics that are classically considered masculine. Jung calls the feminine part of the male the anima and the masculine part of the female the animus.

Now we have created a map of the psyche according to the ideas of Jung, it’s time to talk about the individuation process. Individuation is the integration of unconscious elements of the psyche, as far as this is possible, into the wholeness of the personality. Generally, this process goes naturally when we get older. But there also the possibility to stimulate it by forms of intervention like therapy.

This means that the ego should, first of all, acknowledge that it is not the center of the psyche and that a great part of who we truly are, lurks in the darkness of the unconscious.

..said Jung. So, making the unconscious conscious can never be done in its entirety, because there simply are areas of the psyche that we cannot enter.

Part of the individuation process is the integration of the shadow. In a practical sense, this would mean that we should not only become aware of our dark side; we should incorporate it into our conscious personality as well.

Exploring the unconscious means that we have to take certain elements of our personality to the surface that aren’t pretty. As Jung stated and I quote:

Individuation is an exceedingly difficult task: it always involves a conflict of duties, whose solution requires us to understand that our “counter-will” is also an aspect of God’s will.

In other words: our dark side is as valuable as our light side.

Another dimension is the confrontation with the contra-sexual part of our psyche known as the anima or animus. In many cases, men have not incorporated their feminine aspects in a healthy way and the same is true for women and their masculine aspects.

Chances are high that we have repressed the masculine or feminine side of ourselves in its completeness, which is equivalent to throwing away the baby with the bathwater. The goal here is a healthy integration of the anima or animus, which will actually empower our personalities regardless of what sex we are. There’s also the possibility of unhealthy integration, which manifests itself as harmful and negative aspects of the opposite sex.

When it comes to individuation, there is no one-size-fits-all. So it’s up to the individual to bring forth the unconscious and decide the necessary steps. Because individuation is, in essence, a natural process, it cannot be forced within a certain timeframe.

Self-realization is something that can take a lifetime and very well may never be completed before we meet the grave.