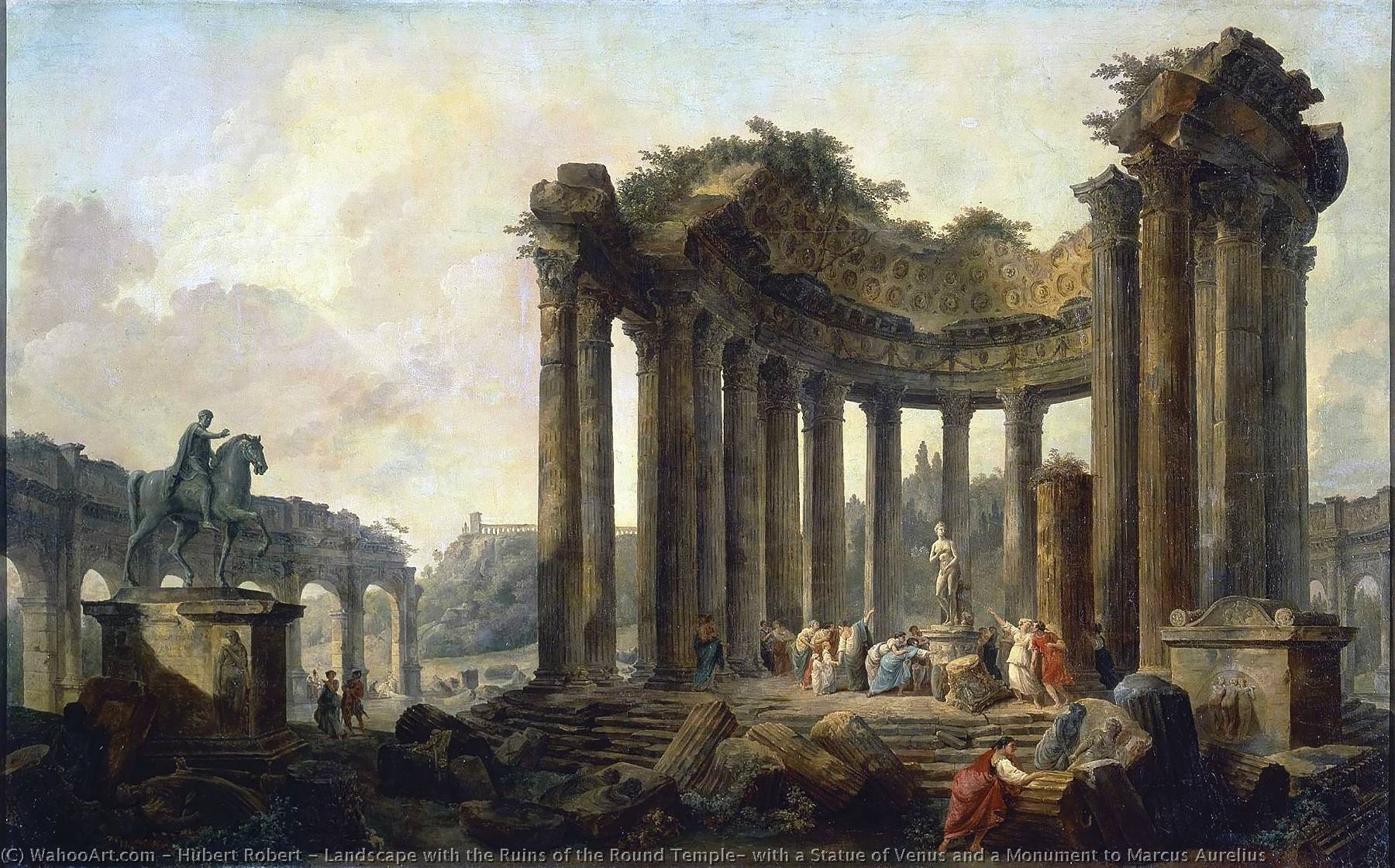 There’s a big difference between having fortitude and hiding away in a fortress. In the latter case, we physically separate ourselves through self-isolation. Oftentimes, this is an attempt to hide from the big, bad things in the world.

It’s not unlikely that serial self-isolators suffer from feelings of powerlessness, believing that what’s happening outside, is too much for them, as they lack the strength and skill to cope. Unfortunately, they miss out on many life experiences, simply because they do not want to face the malevolence of humankind.

Now, there’s another way to go about this. Instead of self-isolation, we could choose to strengthen our faculties, meaning that we become more resilient towards unpleasant people and situations, and don’t let them stop us from living a good life. This video explores Stoic philosophy that can help us to build fortitude.

What exactly does ‘fortitude’ mean? The definition of fortitude according to the online dictionary Merriam Webster is: “strength of mind that enables a person to encounter danger or bear pain or adversity with courage.”

Stoic fortitude, therefore, is the art of strengthening the mind with Stoic principles, so we become less inclined to hide away in our fortresses, and live life more fully.

The Stoics were masters at approaching the world with logic and reason, showing us that many external things are actually unworthy of our attention. Other people’s opinions aren’t as important as we think, and a good reputation is just a commodity that brings us from point A to point B.

According to the Stoics, we can’t change the world, but we can change our mindset and, thus, the position we take towards the world. With the right mindset, we can overcome any adversity. Of course, this isn’t easy. It takes a lot of practice.

So, how can Stoic principles transform our mindset?

First of all, we might have certain beliefs that evoke irritation in us, sometimes so much so, that it becomes a difficult task to merely live. Thus not life itself, but our beliefs about how life should and shouldn’t be are the cause of our pain. The logic behind this is that we tie our happiness to certain expectations. So when these expectations repeatedly do not come to fruition because they don’t align with an undeniable and inevitable reality, we suffer.

An example of this we can find in a letter that Stoic philosopher Seneca wrote to his friend Serenus. Serenus wished that people wouldn’t treat each other with rudeness and scorn. But Seneca explained to him that this is the wrong way to look at it.

You are expressing a wish that the whole human race were inoffensive, which may hardly be; moreover, those who would gain by such wrongs not being done are those who would do them, not he who could not suffer from them even if they were done.

Lucius Annaeus Seneca, On The Firmness Of The Wise Man, IV

Thus, by changing how we look at the world, we relieve ourselves from the pain of resistance. Life is full of pain and full of people that are rude, selfish, and violent. The less we resist this fact, the more we can face the world in a tranquil manner.

In his work Of Peace of Mind, Seneca argued that we cannot live well if we don’t know how to die well. If we know that death is the fate that was laid upon us the moment we were born, we will live according to it. This realization adds to our mental fortitude: knowing that we could die anytime, nothing can befall us unexpectedly.

For by looking forward to everything which can happen as though it would happen to him, he takes the sting out of all evils, which can make no difference to those who expect it and are prepared to meet it: evil only comes hard upon those who have lived without giving it a thought and whose attention has been exclusively directed to happiness. Disease, captivity, disaster, conflagration, are none of them unexpected: I always knew with what disorderly company Nature had associated me.

Seneca, Of Peace of Mind, XI

Epictetus teaches us the foundation of mental fortitude, which is the curbing of our desires and aversions. Most people that go into the world desire certain outcomes. This isn’t necessarily a bad thing, but such a stance has its consequences.

He who is making progress, having learned from philosophers that desire means the desire of good things, and aversion means aversion from bad things; having learned too that happiness and tranquillity are not attainable by man otherwise than by not failing to obtain what he desires, and not falling into that which he would avoid; such a man takes from himself desire altogether and defers it, but he employs his aversion only on things which are dependent on his will.

This very much applies to everything we do. As Epictetus states in his work the Enchiridion, things beyond our control are weak and slavish. And if we let our mood depend on things that are not up to us, we find ourselves in quite a feeble position. Therefore, according to Epictetus, we should be indifferent towards anything independent of our own will. Because if we aren’t, we let external factors rule over our ability to be happy.

Mental fortitude, therefore, entails a healthy contempt for the things beyond our control; things we normally approach with desire and aversion. This means ceasing to desire that people like you, ceasing to be averse to losing your possessions, and focusing entirely on your own actions.

Epictetus goes as far as to say that we should even wish to be ridiculed, despised, and come off as losers, if that preserves our peace of mind.

You must watch, you must labor, you must get the better of certain appetites, must quit your acquaintance, be despised by your servant, be laughed at by those you meet; come off worse than others in everything, in magistracies, in honors, in courts of judicature. When you have considered all these things round, approach, if you please; if, by parting with them, you have a mind to purchase equanimity, freedom, and tranquillity.

The next one is Chrysippus, who is often regarded the greatest of all Stoics.

Chrysippus made great contributions to Stoic philosophy; particularly in regard to the Stoic system of propositional logic. He was quite an industrious man, having written more than 700 volumes. Unfortunately, none of them survived.

Chrysippus further expanded on the Stoic system of ethics, and followed the idea that living a happy life is the end goal which all of our actions should be geared towards. And to reach this goal, we should examine the universe to find out what’s good and bad. Or how he put it:

To live in accordance with one’s experience of the things which come about by nature.

One of the cardinal Stoic virtues is ‘courage’ (as opposed to ‘cowardice’, which the Stoics consider a vice). Courage can be considered an essential element of building Stoic fortitude.

Oftentimes, the path of virtue requires us to face our fears, and go through pain instead of avoiding it. Courage allows us to make the right choices, and reach our goals despite the obstacles that lay on our path. Typical everyday vices are quick fixes. Using substances immoderately, or replacing challenging tasks by easily digestible pleasures, are ways in which we cower away from difficult situations.

The problem is that vices bring short term pleasure, that is immediately followed by the misery of not reaching our long-term goals, of gambling away opportunities we’re too afraid to take, and the inevitable low that follows from doing something that isn’t good for us and our environment, which often manifests in shame and guilt.

Virtue, on the other hand, may involve temporary discomfort, but the long-term satisfaction we gain is absolutely worth the struggle. Therefore, we could see virtue as a star in the sky that we continuously aim for. And by anchoring ourselves in a goal that transcends pain and pleasure, it’s much easier not to falter in the face of adversity.

This mindset requires an indifference towards the external situation we’re in, not letting it overshadow our faculty of choice. Thus we focus primarily on our own actions, and whether or not they’re virtuous. What’s happening around us comes secondary, as it’s a matter of fate, which is beyond our control.

If I knew that it was fated for me to be sick, I would even wish for it; for the foot also, if it had intelligence, would volunteer to get muddy.

Sickness to the body, or whatever else may overcome us, doesn’t impede our ability to act. According to the Stoics, what happens is how nature has intended it to be, so we shouldn’t wish for things to happen differently; instead we should accept it and do what’s best in that given situation.

This accepting position towards fate, and how this benefits fortitude, brings us to the next Stoic philosopher and once emperor of Rome:

As the leader of the world’s largest empire, Marcus Aurelius knew exactly how harsh life can be. Rome was not only in continuous war with its enemies; it was also struck by the plague. And on top of that, Marcus suffered various illnesses, and a betrayal by his wife Faustina. Also, to cope with all the difficult people he faced on a daily basis, he invented a Stoic exercise called the ‘negative visualization’ that fortifies the mind by adjusting our expectations.

In the eleventh book of his meditations, Marcus encourages himself to live virtuously, without being stopped by the people that stand in his way.

Not everyone wants the best for us, and some try to sabotage us. But regardless of what they do, we can’t blame them for our faults, as they’re unable to affect our ability to choose. Thus, we are responsible for our own choices.

Someone despises me. That’s their problem. Mine: not to do or say anything despicable. Someone hates me. Their problem. Mine: to be patient and cheerful with everyone, including them. Ready to show them their mistake. Not spitefully, or to show off my own self-control, but in an honest, upright way.

Seneca advised us to let go of our ideals about how the world should be, and, instead, take it how it is. Also, he told us that we cannot live well, if we don’t know how to die well. Thus, we shouldn’t close our eyes for misfortune; instead we should expect it, and see it as a part of life.

Epictetus told us that the things beyond our control are weak and slavish, so they’re unreliable factors to base our happiness upon. It’s better to be indifferent towards anything independent of our own will. These things are inferior to what’s truly in our power: our own actions.

Chrysippus, the greatest of all Stoics, further developed the Stoic system of ethics, showing us that a happy life is a virtuous life. Courage is one of the cardinal virtues, meaning that we must be willing to endure discomfort and face our fears, in order to live well. If we choose to engage in vices instead, we may experience short-term pleasure, but this will lead to unhappiness in the long run.

Marcus Aurelius wrote in his meditations that no matter how severe the external circumstances are; they won’t impede our ability to choose. Therefore, we can’t blame other people for our faults. We are responsible for our own choices. The less we care about the things that don’t matter, the stronger our determination will be.