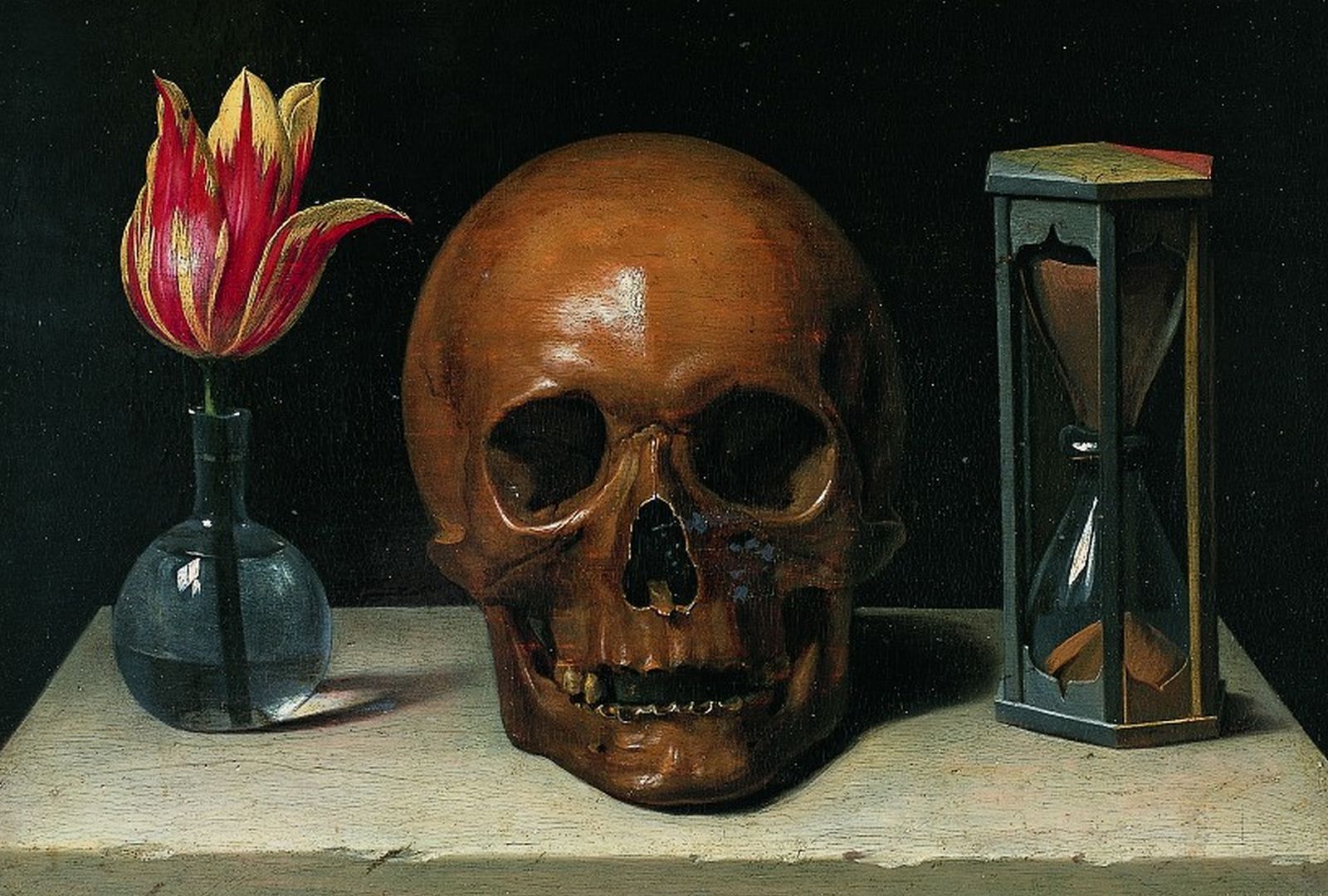 Life is short. It’s ticking away and seems to pass by faster as we get older. Despite this, many people waste their lives on trivial things. But there’s an antidote.

Thinking about death not only reminds us that we have a limited amount of time to do the things we want to do; it also teaches us to accept the reality of death itself and that it’s all around us. In this video, I explore the Stoic philosophy behind memento mori.

Memento mori is Latin for remember thou art mortal. On the famous painting by Philippe de Champaigne from 1671, you see the three essentials of memento mori. The hourglass stands for the notion that life is ticking away second after second. The rose stands for the truth about vitality, which is that, at some point, we all decay. The skull represents death.

We are going to die. And not only us: the people around us including our loved ones as well. This means that today could be the last day you walk the earth.

You could leave life right now. Let that determine what you do and say and think.

..wrote Marcus Aurelius in his meditations.

So, if you’d die today, what would you do?

Well, some people would certainly go on a hedonistic binge, getting whatever pleasure they can think of before they die. But if you lead your life according to Stoic principles, that would not be a preferred option. Rather, you’d probably live your last hours as virtuously as possible.

Do you want to show appreciation for your loved ones? Tell them you love them. Do you have unfinished business? Now is the time to take care of that.

So, memento mori is a great antidote to one of the nastiest habits of mankind: procrastination. Because procrastination can only take place if we believe that we have an abundance of time. When we take that belief away, we face the necessity of doing our task now, because tomorrow we might be dead.

Now, thinking about death may evoke feelings of fear and sorrow along with the motivation we get to take care of our business. This isn’t caused by death itself but by our opinions about death. Here is a quote by Epictetus:

Men are disturbed, not by things, but by the principles and notions which they form concerning things. Death, for instance, is not terrible, else it would have appeared so to Socrates. But the terror consists in our notion of death that it is terrible.

When we stop fearing death and we see it as nothing more than the insurmountable consequence of life, we can be appreciative of the time that is given to us and not squander it doing petty things.

Another dimension of memento mori is preparation. Yes, we will lose the people we love and sometimes in the most brutal ways. Just look at human history or look at what’s happening in the world right now: the world is full of death.

Not being affected by loss is, of course, easier said than done. Even though the Stoics propose this ideal; most of us are still human and will have to deal with grief when someone they love dies. Now, reminding ourselves of the possibility that we can lose a loved one as we speak, helps us to be less shocked when that happens.

For most people I know, losing someone they love is excruciating. Humans are often so attached to each other that they cannot bear the loss.

But if we are mindful of the truth of death, we can cultivate a healthier mindset towards the possibility of loss. Instead of clinging to a person, wishing that we will never get separated, we can embrace the reality that the day of separation will come.

This doesn’t mean that we shouldn’t grieve and mourn; it means that we were prepared all along. Because of this, we can be more functional and helpful human beings for the community when death occurs. In this case, losing someone due to mortality becomes more neutral.

Here’s how Marcus Aurelius puts it:

Don’t look down on death, but welcome it. It too is one of the things required by nature. Like youth and old age. Like growth and maturity. Like a new set of teeth, a beard, the first gray hair. Like sex and pregnancy and childbirth. Like all the other physical changes at each stage of life, our dissolution is no different.

What happens after we die? Will we enter the eternal nothingness that frees us of sense-perception, emotional turmoil, worry and rumination and the enslavement of our bodies? Or will we return to the flesh again for another life in the realm of matter?

No one knows for sure. But what we do know is that mortality is upon us. When death smiles at us no matter where we go, is there a better response than to smile back?