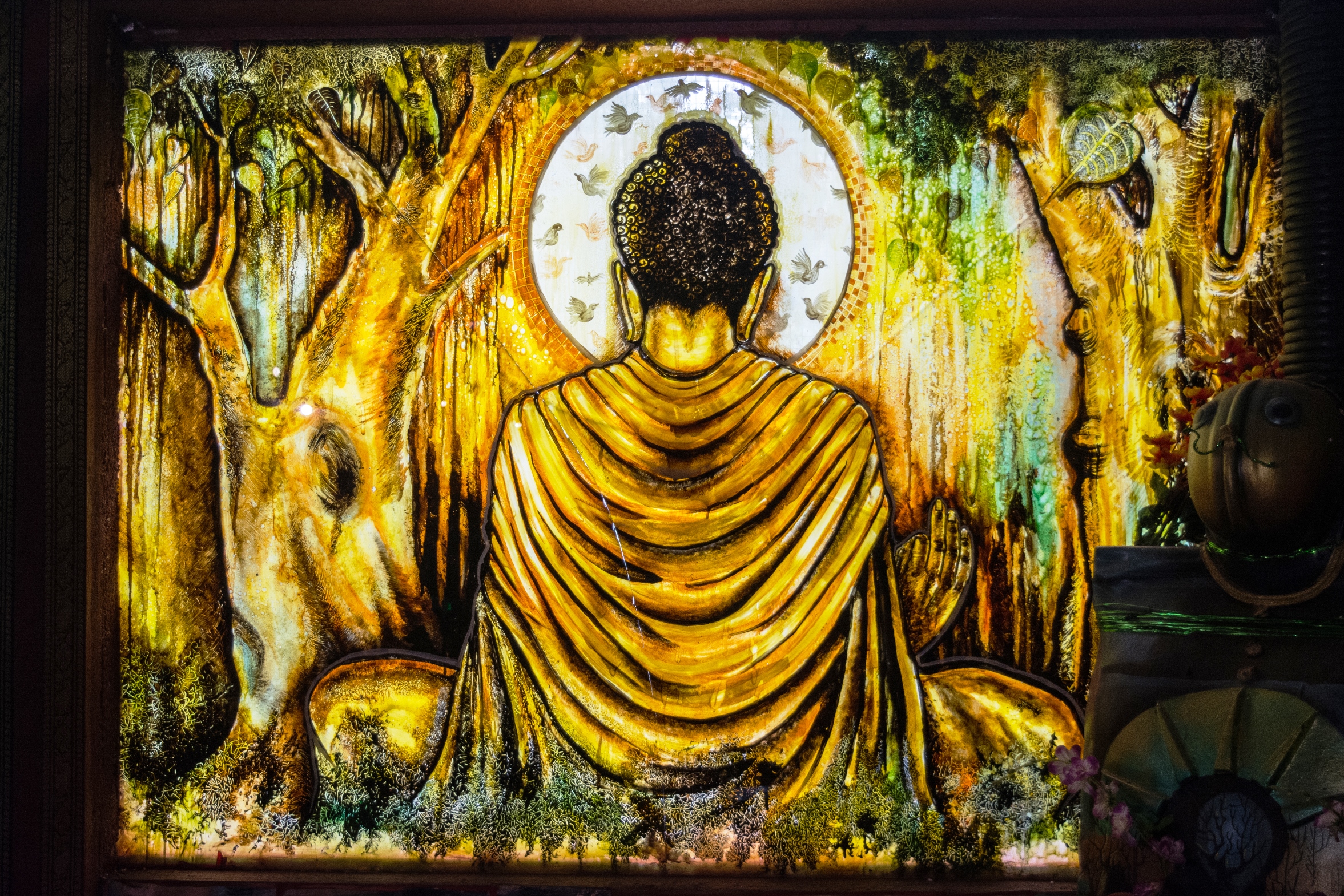 At some point in our lives, we begin to question our friendships. Some friendships have stood the test of time and can still be considered sources of mutual enjoyment and growth. But other friends do not seem to add any value to our lives. Or worse: they’re downright destructive. The latter category is often referred to as ‘toxic friends.’

But whether or not a friend is toxic can be challenging to determine, especially when we’re attached to this friend. For a significant part, whether someone’s behavior is desirable or not is pretty subjective. Also, people are rarely entirely bad; most (if not all) human beings have positive sides as well. So, how do we decide if a friend is actually an enemy in disguise? What are the signs of a toxic friend?

The Buddha may have some valuable answers to this question. The Sigalovada Sutta, a Buddhist text, teaches us the Buddha’s views on friendship. He rationally explains why we shouldn’t be hanging out with certain people and what kinds of people we should associate with if we consider our well-being.

Enemies who disguise as friends

The people we need to avoid, according to the Buddha, he spoke of as “enemies who disguise as friends.” It’s important to mention that avoidance doesn’t equal hostility, as the latter would conflict with the main Buddhist concept of loving-kindness, also known as ‘metta.’ So, a Buddhist doesn’t let go of toxic friends out of hostility, but out of self-protection. Because even though it’s better to avoid certain people, it doesn’t mean that we can’t feel love and compassion for them. In Buddhism, feelings of hostility (like hatred) belong to one of the five hindrances: anger. The other four hindrances are desire, stagnation, agitation, and doubt. The five hindrances are mental states that hamper progress in meditation and our daily lives.

Resenting our enemies mainly affects our own mental states, as if we drink poison and then wait for the other person to die. Hence, the Buddhist way of letting go of toxic friends ideally happens while maintaining our equanimity, without ill will, and possibly with love, how difficult this may seem. Now, the Buddha distinguished four types of enemies who disguise as friends. He described the signs of every type so we could recognize them. In the following part, we’ll be exploring each so-called enemy in disguise, discussing why they’re toxic and why we should avoid them. The first one is…

The Buddha stated that the taker could be recognized by four kinds of behavior: they only take, ask a lot but give little, perform duty out of fear, and offer service to gain something. The taker is mainly driven by desire, by wanting and grasping. It’s a needy character that is continuously looking for something to acquire and uses friends as a means for that.

According to Buddhism, such neediness is problematic, and it also correlates with one of the five hindrances, namely, desire. People that always want something are never content and have no peace of mind. And so, the taker, as a friend, is a restless figure. He isn’t much interested in the friendship itself but in what he can get out of it. As they’re only out to receive, they rarely think about giving, so this friendship is not balanced and consists of a parasite and a host, the former sucking the latter dry.

If we sacrifice ourselves to satisfy the needs of such a friend, we’re not just harming ourselves; we also hurt the other person by assisting him in walking the wrong path. We harm ourselves by letting someone else exploit us. But, from a Buddhist point of view, the exploiter also suffers the pain of ongoing desire, which overshadows the possibility of genuine, balanced connection and the joy of giving.

A friend with a silver tongue can be toxic as well, as their words are often used as a tool to manipulate and get their way. If your friend has a mouthful of promises and excuses but shows very little action, this individual could be toxic. The Buddha stated the following about this kind of people:

The talker can be identified by four things: by reminding of past generosity, promising future generosity, mouthing empty words of kindness, and protesting personal misfortune when called on to help.

What makes a person: words or actions? A friend who offers us nothing but empty talk, won’t follow up on her promises, and is never around when you need her (and always has an excuse). Her words may tell us how great the friendship is; her actions suggest otherwise. Empty words are useless as they are full of lies and false promises. People who offer us little more than glibness and superficial charm can be fun at times, but we shouldn’t consider them friends, as they lack integrity and reliability. As the Sigalovada Sutta stated: “But whoever in hardship stands close by, that one truly is a friend.”

These sycophants know how to use people’s desire for praise and acceptance for their own benefit, as they’re masters in telling them what they want to hear. Although they might be great company for those who want an ego stroke, they’re not good friends. When it comes to the signs that we’re dealing with a flatterer, the Buddha explains:

The flatterer can be identified by four things: by supporting both bad and good behavior indiscriminately, praising you to your face, and putting you down behind your back.

With the flatterer, we again see a lack of integrity. Even though supporting you no matter what you do, seems like a sign of great friendship, it’s not. Someone who praises whatever you do simply feeds into your vanity, knowing that you’ll keep him around and trust him, as long as he tells you what you want to hear. If he then goes off talking badly behind your back, you’ll know that his reverence towards you isn’t authentic but just a way of manipulation.

The danger of having such friends around is that they don’t discern right from wrong. Not just in a moral sense but also in a rational sense, meaning that they’ll praise destructive behavior to ourselves and our surroundings. They might even encourage us to engage in self-destructive behavior so that they have a story to tell behind our backs.

Some friends can be amazingly fun, as they always seem carelessly engaged in these wild adventures, regardless of how harmful they may be. The Buddha called such friends “reckless companions,” and described them as follows:

The reckless companion can be identified by four things: by accompanying you in drinking, roaming around at night, partying, and gambling.

The problem with reckless companions is their restless, agitated mental state, which can be contagious. Constant desire harasses them, so they go from place to place, from party to party, sleeping by day, drifting around at night searching for another fix.

Also, the Buddha pointed out six ways of “squandering wealth,” which are heedlessness by intoxication, roaming the streets at inappropriate times, habitual partying, compulsive gambling, bad companionship, and laziness. A reckless companion engages in several (if not all) of these. The Buddha points out many dangers associated with the behavior of the reckless companion, like increased quarreling, loss of wealth, disrepute, susceptibility to illness, never being satisfied, crimes, resentment, addiction, and becoming friends with destructive people.

If we hang out with such people, they’ll eventually carry us along in their way of life, putting us in a dangerous position. Hence, the Buddha considers these people as enemies, as they put their desire for reckless behavior before the well-being of those who accompany them. After pointing out the four enemies disguised as friends and the signs to recognize them, the Buddha advises us to steer clear of these people.

The friend who is all take,
The friend of empty words,
The friend full of flattery,
And the reckless friend;
These four are not friends, but enemies;
The wise understand this
And keep them at a distance
As they would a dangerous path.

Also, we can use this Buddhist wisdom to self-reflect: are we displaying toxic behaviors ourselves? Can we be categorized as enemies disguised as friends when it comes to our social life? If so, we could work on becoming good friends instead. But what’s a good friend?

The Sigalovada Sutta also enlightens us about which people we should associate with. The Buddha calls these “good-hearted friends” and distinguishes four: the helper, the friend who endures in good and bad times, the mentor, and the compassionate friend. These people influence our lives in advantageous ways and are more likely to be calm, happy, friendly, and wholesome individuals themselves.

A helper protects us and assists us in various tasks. An enduring friend we share our secrets with and will stand by us in times of misfortune. A mentor teaches us and offers guidance towards good actions. A compassionate friend delights in our good fortune and praises our good qualities. Unlike a toxic friend, a good friend uplifts us and doesn’t pull us down, like crabs in a bucket.

Now, avoiding people may not seem the most compassionate thing to do. After all, no matter how toxic some people are, they remain human beings. And didn’t the Buddha advocate for universal loving-kindness directed at all sentient beings? Yes, he did, but “all sentient beings” include ourselves. Don’t we grant ourselves not to be in the company of destructive people? Don’t we allow ourselves to be among good people?

So, the Buddhist logic behind this idea of universal loving-kindness is that hanging around with toxic friends isn’t universally compassionate because it makes us suffer. And therefore, out of universal kindness, we shouldn’t set ourselves on fire to keep someone else warm.