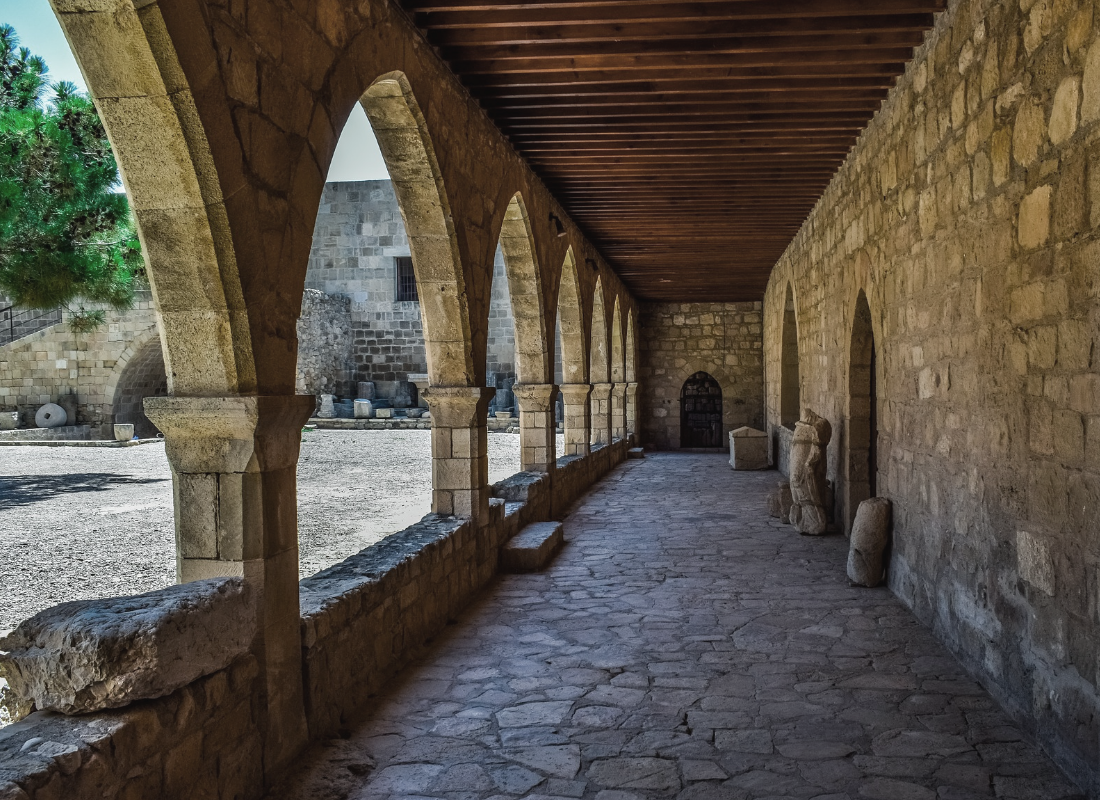 If we look at Stoicism as a philosophical system, we can divide it into three pillars: ethics, logic, and physics. Some scholars arrange these aspects of Stoicism in the form of an egg. The yolk represents the physics, the white the ethics and the shell the logic. According to these scholars, physics is at the core of Stoicism, because without knowing about the workings of the universe, ethics are kind of difficult to determine. In comparison to the fluidity of ethics, the solidity of logic forms the shell. Based on this Stoic egg, I will present to you the three pillars of Stoicism.

Before I explain each aspect of Stoic philosophy, starting with the shell and ending with the yolk, I want to point out that these aspects are interdependent, and without one or the other the system will collapse. So, let’s dive in.

We might take our rational thinking about cause and effect for granted, but in the past, human thinking didn’t always work that way. And be honest: there are still many people these days that fail to come up with logical arguments and are entirely led by their emotions. Logic is an art. Wise men amongst the Stoics were skilled in philosophical debate.

Diogenes Laertius, one of the surviving sources for Stoic logic wrote:

And this is what the Stoics are like in logical matters, so they can maintain that the wise man is always a dialectician. For everything is seen through consideration of it in arguments: both what belongs to the topic of physics and again what belongs to ethics.

We could say that logic is not only the hard shell that holds ethics and physics together but also the firm and solid art of reasoning that must be mastered in order to engage in the other two aspects of Stoic philosophy.

Stoic logic is based on language rules, like propositions that are either good or false. An example. If you are watching this video during the day, take a look out of the window. Most likely, it is light outside. Thus, you can make the following proposition:

According to the Stoics, this system of reason is what governs our universe. They call this Logos. Hence, the word logic, which is widely used around the globe to indicate the principles of existence.

The Stoics argue that once we have mastered the art of reason, we can determine our ethics. They distinguished virtue (which always contributes to happiness) and vice (which always contributes to misery). The Stoics subdivided virtue into four classifications: moderation, justice, courage, and wisdom. In the same way, they subdivided vice into injustice, cowardice, intemperance & foolishness.

Between vice and virtue lies a huge grey area of things that are not necessarily bad, nor necessarily good. This class is called ‘indifferents’ by the Stoics. Whether or not you display moral behavior by engaging in these indifferents, depends on the context and, again, your ability to reason helps you decide how to act. In other words: indifferents aren’t necessarily harmful or contributing to happiness; it depends on the way you use them. So, how to use them?

According to Zeno of Citium, founder of the Stoic school of philosophy, the goal of life is to smoothly float along with the natural course. He stated:

All things are parts of one single system, which is called Nature; the individual life is good when it is in harmony with nature.

Examples of preferred indifferents are strength, wealth, pleasure and a good reputation. These attributes are positive in regards to our natural condition but don’t necessarily lead to happiness.

Examples of dispreferred indifferents are disease, weakness, ugliness, poverty, and low reputation. These attributes are negative in regards to our natural condition but don’t necessarily lead to misery.

Again, the way these indifferents are used determines if they lead to a happy life or not. I must admit that there’s more to the ethics within Stoicism, but these are the basics.

The Stoics believed in a Godlike entity named Logos, which was the all-encompassing force of reason. In their view, existence is based on matter and pneuma. Matter is everything our senses can perceive, but is passive and lifeless on itself, and also destroyable.

The active force behind the ever-changing manifestation of the cosmos is what the Stoics called pneuma, which is completely mingled with the passive matter and cannot be destroyed. Chrysippus described pneuma as the vehicle of Logos that structures matter. Simply put: pneuma makes the universe alive. The movement of stars and planets, the existence of life, the waves of the sea; all is propelled by pneuma and based on the rational principle of Logos.

The Stoics believed that everything is already determined. However, they also argued that there are countless of different realities, depending on what choices we make, and thus many different paths to follow. This soft-determinism is very similar to Islamic and Christian views: on the one hand, our destinies are written in the stars, and, on the other hand, we still have free will.

It isn’t a surprise that Stoicism had a profound impact on Christianity, and has a lot of commonalities with Islam as well. Also, Taoism and Buddhism are suspiciously similar to Stoicism in several ways.