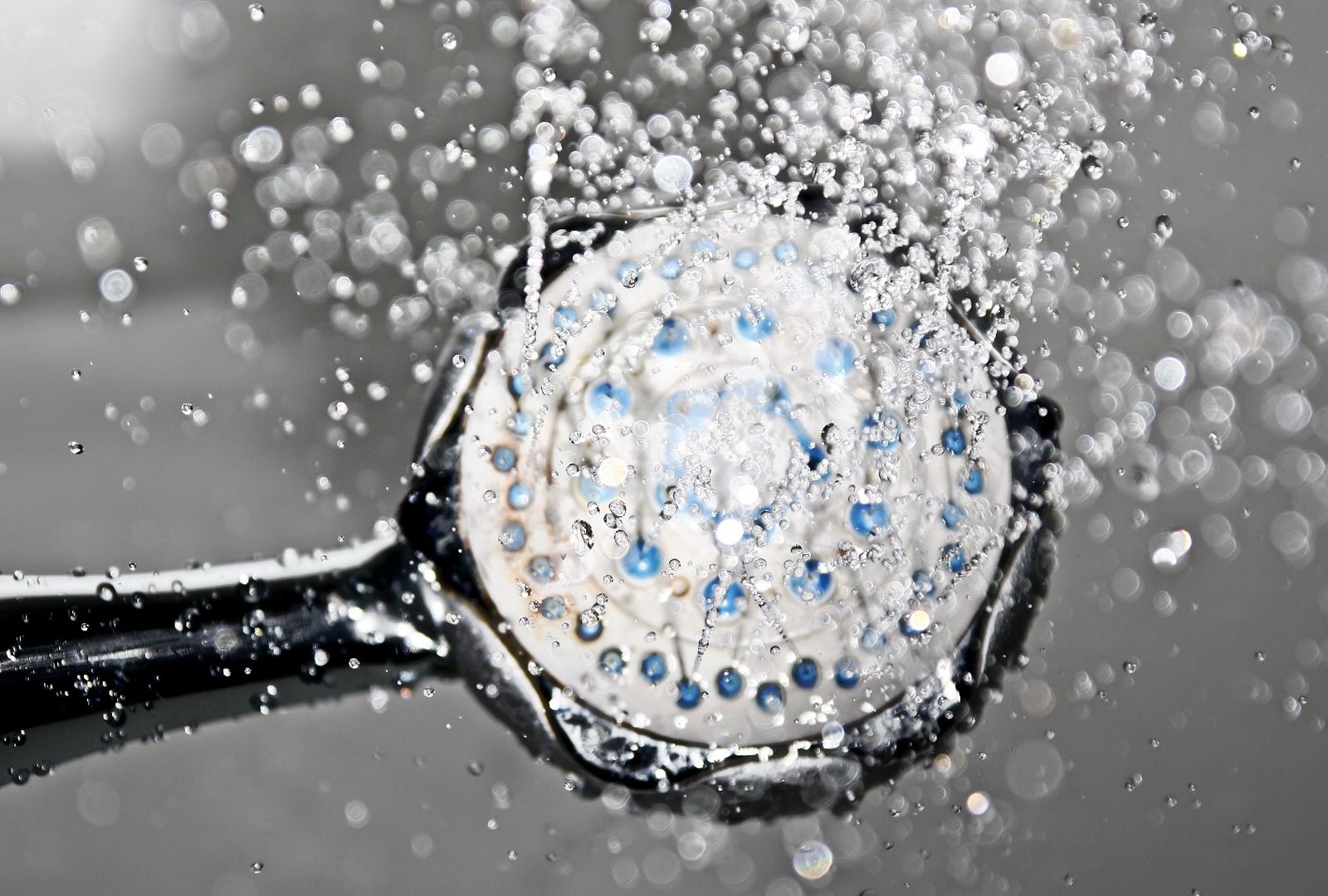 Taking cold showers has become a normal part of my life. Even though I’ve taken many, cold showers still suck every single time to this day, but it takes me considerably less effort than the first time I took one. Besides the many physical benefits of cold showers, let’s talk about the philosophy behind it.

While some people see taking cold showers as the panacea for overall health that will solve all our mental and physical problems; I’d disagree. I’ve been taking cold showers since 2014 and doing so did not transform me into some kind of superman. I still got sick, depressed and anxious during that time, so cold showers aren’t the only factor in acquiring good health. But they definitely help.

I always do feel better after a cold shower mentally as well as physically and I’ve become more resistant to cold in the winter. But the most benefits I’ve experienced are mental and can be brought back to different philosophical ideas that I’ll share with you now.

Let’s start with the dynamic of desire and aversion. Human beings, as well as animals, make a discernment between the things they like and don’t like. This mechanism is valuable for survival: avoiding certain things that are life-threatening can literally save our lives. That’s why zebras avoid lions, and also why I avoid standing in the middle of a fire.

However, So often people avoid a simple discomfort that isn’t life-threatening, but, actually, necessary for personal growth. If we always avoid the things we averse, we’ll never be able to achieve certain goals. If we want a muscular body, we need to go to the gym. If we want to be heard, we need to speak up. But what holds us back? The fear of discomfort.

Here is a quote from Stoic philosopher and statesman Seneca:

In other words: if we want things to become easier, we should become braver. This is where cold showers come in.

I think that most people, especially in the West, are quite averse to cold showers, since most of them are used to hot streaming water at home, which makes bathing rather a comforting and soothing experience than a refreshing and invigorating one. Thus, in general, people that are used to bathe in warm water will avoid the discomfort of cold showers.

Years before I even considered taking a cold shower, I spent a few months in Indonesia, where I stayed in and around the city of Bandung.

This really was a fantastic experience, except for the fact that on many occasions, I did not have access to warm water. Even in some hotels, the warm water just wasn’t there. This is probably because the majority of Indonesians take cold showers every day. Moreover, the major religion in Indonesia is Islam. And devoted Muslims that pray five times a day wash themselves at least five times a day with cold water.

When I stayed at the local people, instead of adapting myself to their habit of bathing with a bucket of cold water each morning, I put water in a pan, cooked it, mingled it with cold water in a bucket, so I could have my nice, warm ‘shower’. Yeah, I was a wuss. And this reflected in my overall stance in life: I’d always avoid the things I averse; even if they were minor discomforts.

End quote. In this context, the idea behind taking cold showers is that we deliberately expose ourselves to what we averse. We might desire nice, warm water on our skin, but we give ourselves the opposite instead. By doing this, we train ourselves in becoming more resilient towards the things we do not like. It creates a mindset of acknowledging not liking something and doing it anyway. The more we do this, the less wretched we’ll be when incurring what we averse.

Ancient Roman emperor and Stoic philosopher Marcus Aurelius advised us to engage in the Praemeditatio Malorum (translated: negative visualization) in the morning, to prepare ourselves for the adversity we could meet during the day ahead.

When you wake up in the morning, tell yourself: The people I deal with today will be meddling, ungrateful, arrogant, dishonest, jealous, and surly. They are like this because they can’t tell good from evil.

Now, when visualizing adversity is a cognitive way to brace ourselves for pain, taking a cold shower can be considered a negative visualization in the flesh, that prepares us for the difficulties that the day will bring. Because we’ve already faced one demon by taking a cold shower, the threshold of facing other demons becomes lower.

Bu the wisdom of cold showers goes even deeper.

In my youth, we often spent our summers in Spain. With my brother and a friend of ours, we would spend every single day at the pool, swimming and chilling out. Now, basically we were a bunch of pansies back then, especially myself, dreading the first touch with the cold water that we had to go through before we could swim.

So, before we jumped in, we played this peculiar psychological game of running to the pool to jump, without jumping, challenging each other to jump first. This frustrating activity could easily take up ten minutes or more until one of us finally made the jump and the others followed.

After I jumped, it always amazed me how much worse the mind made the experience compared to how bad it really is. The same goes for taking a cold shower; the first seconds are the worst. But after a minute or so, you actually adapt to the cold and it isn’t so bad anymore. Like being in a cold swimming pool; after a while, it’s pretty good actually.

Do or do not. There is no try.

Master Yoda, The Empire Strikes Back

By taking cold showers we train ourselves to just ‘go for it’ when confronted with a potentially painful experience, no matter how much anxiety we experience. Examples of such experiences are telling someone bad news or a difficult confrontation at work. The cold shower teaches us that, no matter how dreadful something is at first; when we push through we will adapt and it will become bearable.

Some hardships may be excruciating at first, but after a while they become integrated and we suffer a lot less. I kind of dread public speaking for example. But I’ve learned that, like a cold shower, the beginning is the worst, and when I’m a few minutes in, the discomfort goes away.

The ability to push through anxiety means that fear won’t stop you, no matter how terrible it feels. This way, we will open doors that we previously didn’t dare to open. And by opening those doors we find pathways to new possibilities because we have liberated ourselves from the chains of fear.

Anxiety is the dizziness of freedom.

Now, another thing I learned from the experiences in Spain, is that our minds make things much worse than they really are, which is basically the cause of our anxiety.

After avoiding cold water for years, taking cold showers brought me back to the days in Spain, where I hesitated and hesitated before I’d make the leap into the cold. I experienced the same bargaining, postponing, talking myself out of it, et cetera.

Our minds are extremely intelligent when it comes to avoiding pain, as it’s able to construct stories with the complexity of a dissertation, simply to avoid the discomfort of a cold shower.

Something interesting I’ve noticed about taking cold showers for years is how mindful I’ve become in regards to the thoughts that precede it. I can tell instantly if I’m beginning to hesitate. And I know that when I continue hesitating, it’ll take a long time for I actually take the step. I’ve learned that whenever this hesitation begins; the faster I act, the better.

No wonder why Taoist philosopher Lao Tzu mentioned this in his work the Tao Te Ching:

Take care of difficult problems while they are still easy. Do easy things before they become too hard.

This principle can also be used for approaching someone you find attractive. The most effective way to start a conversation is by approaching that person as quickly as possible. Because if you don’t, you’ll start to hesitate, the anxiety builds up and so it becomes much more difficult to approach.

Becoming more mindful of these thinking patterns helps us to identify if we are avoiding something and if our thoughts are holding us back. This makes it easier to break that cycle and just go for it before the task gets even more difficult. The experience with cold showers learns us to trust that we will cope, even when our minds tell us the opposite.

Also, courage is a Stoic virtue. Taking cold showers is a way to build courage, by conquering ourselves in the face of discomfort, instead of going down the easy road.

Cold showers are small daily victories over pain, and function as a metaphor for how we approach our daily confrontations with the things we averse, which are, whether we like it or not, part of our existence as human beings.