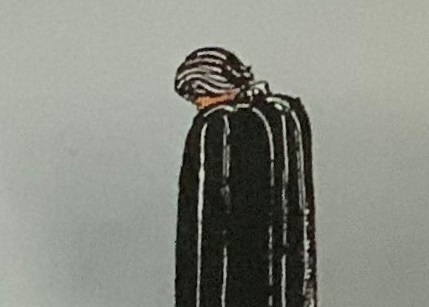 Being immersed in paperwork during the last few weeks, I feel like I’m running a company. Officially, that’s exactly what I’m doing. Lately, I’ve been watching YouTube stats, submitting my earnings to the government for tax cuts, applying SEO to my videos for better rankings, examining past results, and speculating future expectations.

It’s a shame, really. As I started noticing that by engaging in these activities, my mind has been wandering in the future very often. Also, I’ve been taking less time to reflect and simply sit with myself due to stress as a consequence of worry and flurry. On other occasions, severe nostalgia caught me off guard. Especially with the coronavirus, I seem to be more sensitive to these good old memories of a time that was (or so do I believe) much merrier than today.

I figured that it was time to slow down and reflect. Taking a week off this month didn’t help, as my monkey mind found many other branches to swing to outside content creation. So, I didn’t see the point in taking another week off. Instead, I turned off my phone, limited my time on the internet, listened to some Dhamma talks, and started writing.

The world surely has changed. For me, this resulted in spending time at home even more than before the COVID-19 outbreak. I was already living a solitary life (which probably many content creators do), and it takes a strong mind to get through long stretches of time devoid of human interaction.

Unresolved issues of the past have come to the surface now and then. “What if?” and “I should have” or “If I could just go back to that time”. Not too long ago I had my first-ever tarot card reading with Emerald from The Diamond Net with whom I created a video together. I was pleasantly surprised, being an open-minded skeptic.

The card that I remember most clearly portrayed a man looking at a few cups that are toppled over (see the image). He looks sad and wears a black cloak. It seems like is mourning. Behind him are two full cups that are still standing, but he doesn’t seem to notice. Looking at this card now I’m writing this gives me goosebumps. The card shows the burden that I’ve been dealing with for years; a focus on what’s already gone while ignoring the fruits of today.

Since this tarot experience, I’ve been wondering what these toppled over cups could be. Could they portray the times before COVID-19? Could they refer to a past relationship? Something else, perhaps?

Last weekend I got struck by this strange feeling of grief with certain wisdom in it. I’ve had this a few times before last year when I was traveling in Indonesia, and also during a forest walk in the late summer of 2017, which is a moment I’ll never forget.

This feeling is hard to describe, but it goes together with a realization of how transient everything is, and how vibrant and lively things are when we experience them, and how quickly this all fades away in the past to never return.

Last Saturday evening I was invited to a BBQ with a couple of old friends. About seven years ago, I got separated from this group. I had no choice but to go my own way. Even though I had plenty of other friendships, I never truly got over this separation. Over the years I sporadically bumped into them, and now I had the opportunity to spend time with them again.

After spending a few hours in their presence, I realized how quickly the world changes. People marry, have kids, endure heartbreak, move, change jobs, travel, and so forth. My old friends experience many of these ups and downs together as a group. They share interests, views on life, habits, rituals. Once I was part of that, and for years I’ve been silently wishing that I still was part of that. But on that evening I realized how much I have drifted away from these people. It’s not even funny.

Then, while half-heartedly listening to one of my old friends talking about politics, the sounds of the environment, the chair I was sitting on, the air I was breathing all became exceptionally clear to me for a brief moment. It became obvious that the people that I was hanging out with on that evening are different people than those in my memories. The ideas, the stories, the perceptions I have of them, are mere reflections of what’s long gone.

I felt separated and connected at the same time: so far away from what I’ve been clinging to, yet so terrifyingly close to the reality of change. Again, this experience is hard to describe.

When I visited the Indonesian city Bandung last year, this strange feeling struck me as well. In Bandung, I have some of my fondest memories. I spent several times there with my first longterm love that lasted about six years. I have made many friends in that city and felt so much at home. But last year, I was confronted by a different scene. It wasn’t as sweet as I remembered.

Places that I once enjoyed so much had now become lifeless; as if I was continuously walking through a cemetery of memories. One day, I sat on the porch of an old friend’s house, watching the monsoon, and feeling this overwhelming sadness, as if the rain has been washing away all those beautiful times until there weren’t any left. Eventually, I felt no point in staying there for longer than three days. I took a train back to Jakarta.

Wishing to re-experience the past is like wishing for a music festival to continue, after all the music, the stages, the people, and everything else has been disappeared, and all that’s left is an empty terrain with barely a trace of the joyful events that took place before.

When wandering around in the forest by myself, the transient nature of things becomes very obvious. The change in seasons, year after year, the tranquility of winter, and the liveliness of summer is like an ongoing alternation between an empty concert hall, and one that’s packed with an energetic crowd enjoying a concert. And so it is with life; some chapters are lively, chaotic, swift, and others are slow and contemplative.

I experience this transience when I pay attention. Everything that happens, whether it’s people chatting, cars driving, birds singing, unfolds in the present moment and fades into the past. The bird that sung a moment ago isn’t the same bird anymore now. The animal has changed, on a molecular level as well as on an experiential level; it gains some, loses some, and transforms into something new, even after it perishes.

A lot (if not all) of human grief is a consequence of not being able to accept change. We wish that things were like they were before. We often try to recreate certain experiences, but quickly discover that visiting a place that we remember so fondly, is now much less appealing.

That’s why I hoped to find the same joy in Bandung as I did 13 years ago. That’s why I tried to rekindle a broken relationship with an ex-lover twice (which ended up in disappointment). And that’s why I wasn’t able to accept that the glory days with my old friends are long gone and that we’ve simply grown apart. Aside from a collection of shared memories, we have become strangers to each other.

Now, I could spend the rest of my life watching these toppled over cups in a state of perpetual grief, longing to bring past experiences back into the present and relive them with the same joy and intensity as I did back then. But this is such a waste of life! What’s gone is gone. There’s nothing we can do about it. That strange feeling I experienced several times probably tried to tell me this harsh truth.

The good news is that every season in life has its charm. It may not look like it, but there are always some full cups near us. Moreover, the simple fact that we’re alive and breathing is a full cup on its own.

Vainly focusing on the past, blinds us from present opportunities. Craving those moments that are gone withholds us from enjoying what this moment has to offer. So instead of staring at a bunch of broken cups, we might want to look over our shoulder and discover the cups that are filled to the brim with fresh, clean water.