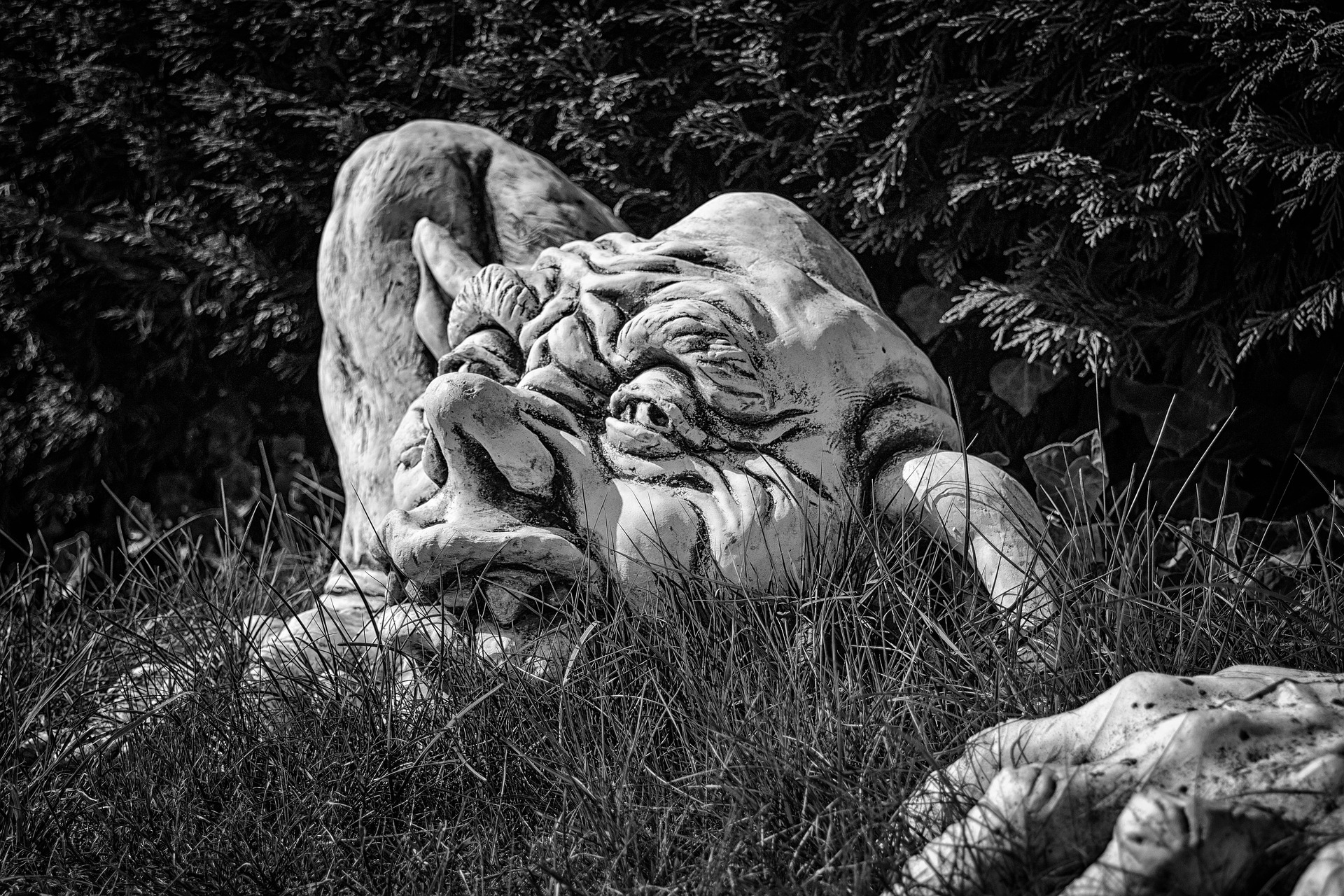 Hello everyone! October 2019 is over, which means that it’s time for the next Q&A. As most of you know, there’s a Patreon edition and a public edition. In this public edition, I’ll talk about the effect of the Internet in regards to the shadow, which is a concept in Jungian psychology.

Now, I’ve received a question by a subscriber named chochochochobi about the shadow, and I quote:

What about the advent of the internet, where people can express their dark side anonymously? Is it positive or detrimental to the individuation process?

I think it’s an interesting question because anonymous internet trolling is a relatively new phenomenon. Before the internet, it was possible to troll anonymously as well, in the form of letters for example. But this was still very different because before the internet there weren’t online forums, groups, comment sections, et cetera, to post these letters into. So, most likely, they were sent from individual to individual.

For those that don’t know what the shadow is, I’ve made a separate video about it. In short: the shadow is a part of the unconscious that harbors unwanted characteristics. These characteristics aren’t necessarily good or bad. So, they could be forms of repressed anger or lust but also repressed creativity. This means that it’s safe to bring some of these more harmless characteristics to the surface, while the darker and destructive ones should be handled with care.

Now, obviously, when Carl Jung was still around the Internet wasn’t there yet. So we have to use some imagination and, at the same time, look at what Jung wrote about the shadow and individuation process that might be relevant. It’s important to notice that the act of trolling isn’t the shadow itself, but more of a consequence of what’s happening in the unconscious, which is basically too elusive to grasp directly. So, the trolling is actually part of the ego, but this ego is, in some way, split into a part we show in public, and a part we show online.

The purpose of individuation is to make the unconscious conscious. In regards to the shadow, this means that we shed light on its characteristics and integrate them into the self. By trolling online this is not what we do. Because most likely there’s still a clear distinction between the persona and that what’s lurking underneath. For example, a timid woman working an office job, who’s trampled upon by authority figures every day, might express herself as an anonymous troll on the internet. So, is this good or bad?

Well, of course, I can’t deny that it’s bad to wreak havoc and destruction online and hurt people. The amount of hateful and racist comments in some comment sections, for example, strikes me sometimes, and 99% of the time these are anonymous comments. It seems to me that the internet is a safe space for those with a dense shadow in which they can cast off their masks and express the darkest sides of themselves without repercussions. I’m not talking about political incorrectness here, or opinions that are controversial, which cannot be expressed publicly because of a certain political climate. Although, I do see that the systematic repression of (quote on quote) unpopular opinions is building a collective shadow as we speak, which is a breeding ground for hate, basically because the people whose opinions are repressed feel powerless, and are likely to gravitate towards collective ideologies and institutions through which they feel empowered. But that’s a story for another time.

In this context, I’m talking about these really hateful comments.

So, I think that the shadow expressions on the internet aren’t always a good thing. Especially when these people group together in an echo chamber, in which they basically confirm and amplify their hate. But, there’s also a good thing about this. Because the act of ‘trolling’ already tells a person that there’s something festering, or that there’s at least a dark side that one doesn’t want to show publicly, but needs to come out nonetheless. As Jung stated: “everything in the unconscious seeks outward manifestation.”

So the tendency, as well as the very act of trolling, is actually an opportunity for self-reflection and awareness.

For example, if you’ve been trolling on the internet, let’s say, the last couple of months. It might be an idea to read back those comments and reflect on them. It could be the case if you systematically resort to online trolling, that your behavior is controlled by the shadow part of the unconscious.

Are these comments projections? Are they tied to things that are frustrating to you in real life? Are they unconscious reactions to past events that were, perhaps, traumatic? Is the trolling happening because of power and influence, because you feel powerless and insignificant in real life? Or do you have sadistic tendencies and take delight in seeing people suffer? Do you like stirring up the pot, simply because you’re bored with your life? Or is there envy at play?

I’m not advocating to anonymously terrorize the internet now for the purpose of shadow work. It won’t be genuine. But if you have trolled anonymously before, you’ll have an exclusive look at the darkness you’ve expressed without restraint, which might be correlating with hidden elements of the psyche.

So, the internet allows people to be complete jerks because, when they’re anonymous, they don’t have to worry about repercussions and, thus, they can cast off the persona and let the these negative behaviors manifest; behaviors of which they might not even understand why they have them.

Is it positive or detrimental to the individuation process?

Well, it really depends. If one systematically uses trolling as a coping mechanism and never deals with their dark side in real life, without the anonymous mask, I think it’s detrimental. Firstly because one never addressed what causes them to troll in the first place. Secondly, because one can get entangled in and even addicted to these behaviors, so this person becomes more and more controlled by the shadow.

On the other hand, when one becomes aware of what causes them to troll and uses their past trolling to explore their dark sides, then this is an opportunity for integrating the unconscious into the conscious. The main question we could ask ourselves is this: why am I such a jerk on the internet? By meditating on that question, we might get some interesting answers. Because when inferiority is conscious, there’s an opportunity to correct it.