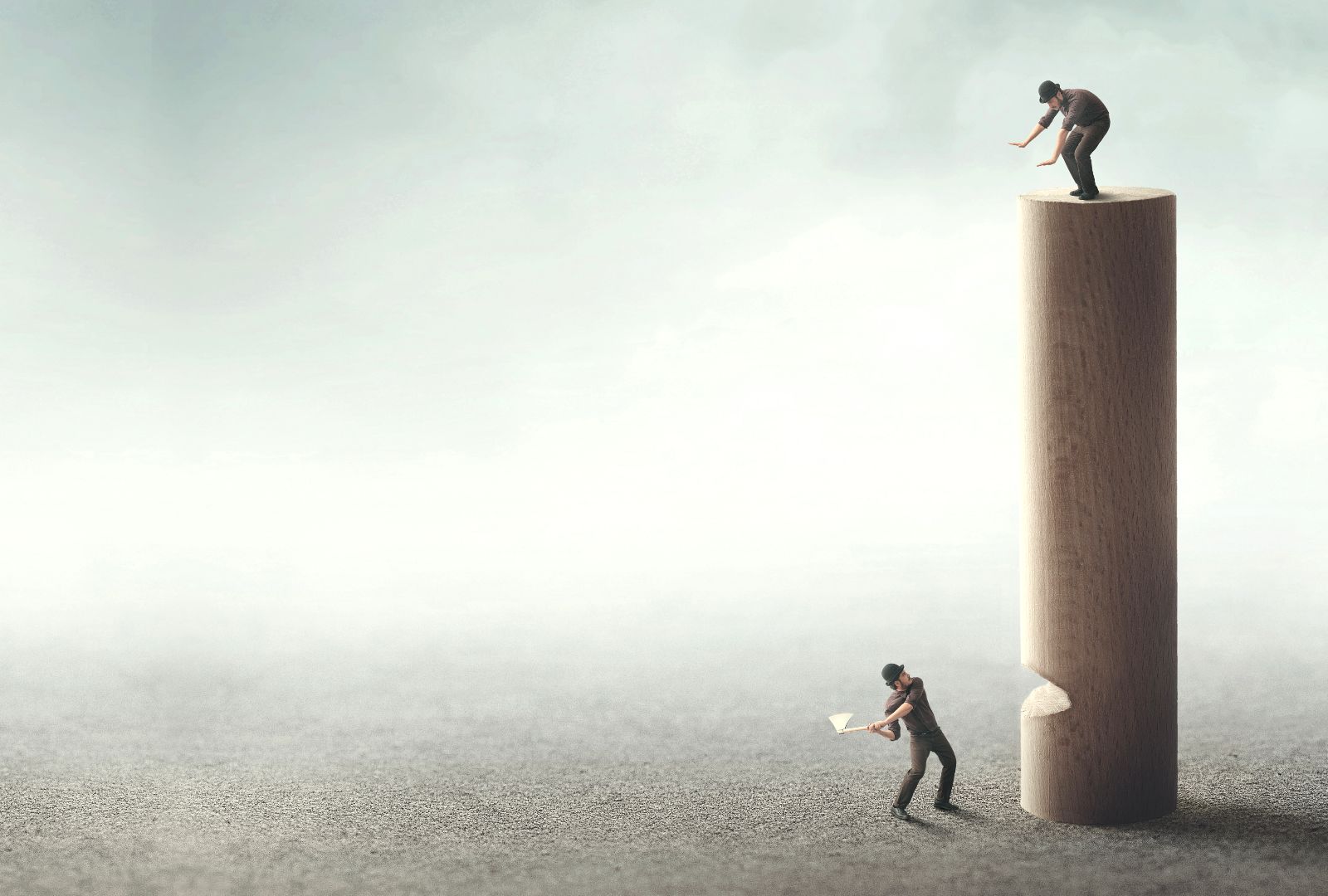 Since many of you asked, I decided to deliver. As a sequel to my video about jealousy, let’s talk about envy. What is envy? How should we handle it? What can we learn from the Stoics in regards to envy? And is it really a bad thing?

I’ve previously discussed jealousy and proposed several solutions based on the works by Stoic philosophers Epictetus, Marcus Aurelius and Seneca.

There’s a difference between jealousy and envy.

The first one comes from a fear of losing something or someone to another person. The second one is the desire for something that belongs to someone else, like a car, a house, looks, and social status.

In a general sense, I’d go along with the consensus that envy isn’t a good thing. But it’s a bit more complicated. If we narrow it down, we see that envy is a form of desire, specifically focussed on things that belong to other people. Desire means that we want to reach out for something that we consider as desirable, thus, as something we want for ourselves.

When the thing we’re envious of is something external, like someone else’s money, partner, car, job, et cetera, we desire pleasure rather than happiness. The focus of our envy is directed towards what the Stoics call ‘preferred indifferents’, which are nice to have but not necessary for happiness. Moreover, external things are not in our control; they could be taken away in a heartbeat, which makes them unreliable and weak.

When we’re envious about something internal, like the virtuous actions of someone else and their inner peace and happiness, it might be a sign that we have work to do on ourselves.

Needless to say: the Stoics would encourage the desire of being virtuous. Paradoxically, when we pursue virtue and strengthen our own faculties, we’re likely to get rid of envy altogether. As Epictetus stated:

You may be unconquerable, if you enter into no combat in which it is not in your own control to conquer. When, therefore, you see anyone eminent in honors, or power, or in high esteem on any other account, take heed not to be hurried away with the appearance, and to pronounce him happy; for, if the essence of good consists in things in our own control, there will be no room for envy or emulation.

Unfortunately, some people cling to envy so much that they engage in immoral behavior like stealing, infidelity, and even murder.

In the Old Testament and the Quran, we find a story about the rivalry between the brothers Cain & Abel; sons of Adam & Eve. Cain was a farmer and Abel was a shepherd. Cain offered God a part of his crops, while Abel offered God the firstlings of his flock. Cain killed his brother after God accepted Abel’s offerings while He rejected his.

The ancient scriptures don’t explicitly mention envy, but interpretations of this story magnify the theme of envious rivalry between siblings, which is quite common to this day.

However, the ancient scriptures don’t mention why God did this: was He capricious and treated Cain and Abel differently for no reason? This could be the case. Another possibility is that Abel acted more virtuously, by giving God the best of his flock as well as a blood offering, while Cain’s offerings were of lesser quality.

Interestingly enough, both scenarios are great starting points to look at envy from a Stoic point of view and use them as metaphors for dealing with envy in our daily lives.

The first scenario is that Abel indeed acted in a more virtuous way and was, therefore, rewarded by God. In this case, we can see the blood offering by Abel as a metaphor for, what the Stoics would call, an act of virtue. According to the Stoics, virtue leads to eudaimonia, which can be translated as human flourishing or, simply, happiness.

Thus, we could say that Cain was envious of Abel’s virtue and the consequences of that virtue. This doesn’t make envy a bad thing. Not yet. The problem is, however, that many envious people seek to destroy what they’re envious of instead of using envy to lift themselves up. So, instead of killing his brother, Cain could have used the spark of envy to realize that Abel was doing a better job than him, and see his brother as an inspiration for becoming more virtuous himself.

The second scenario is that God denied Cain’s offerings for no reason, which basically resembles the ways of the universe that are quite random and unfair. Some people are born in rich families, others in poverty. Some people are gifted with great intelligence, others are mentally disabled. This unfairness could have angered Cain so much, that he decided to act out.

If Seneca was around at that time, he could have told Cain that the unfairness of life doesn’t influence the ability to be happy. I quote:

Come now, contrast a good man who is rolling in wealth with a man who has nothing, except that in himself he has all things; they will be equally good, though they experience unequal fortune. This same standard, as I have remarked, is to be applied to things as well as to men; virtue is just as praiseworthy if it dwells in a sound and free body, as in one which is sickly or in bondage.

So, is envy a bad thing?

It really depends on what we’re envious of and how we handle it. For the most part, being envious because of externals is kind of pointless: they’re sure nice to have, but they won’t obstruct the ability to be happy.

On the other hand, We can use envy as a tool to better ourselves. Although the Stoics aren’t very fond of pursuing material wealth, it’s still possible to use envy as an inspiration to achieve this, if that’s what you want.

The dark side of envy is that it can also be an incentive to destroy the thing or person we’re envious of. In this case, clinging to envy is a very dangerous thing.

Personally, I think the best way to treat envy is by awareness. Why am I envious? Is my envy justified (in other words: does the thing I desire truly lead to happiness)? Can I use my envy to better myself and subsequently get rid of envy?

No matter if we look at Buddhism, Stoicism or Christianity; the rule of thumb is: if we just focus on our own path and be grateful for what we have, there’s no reason to be envious of anything.